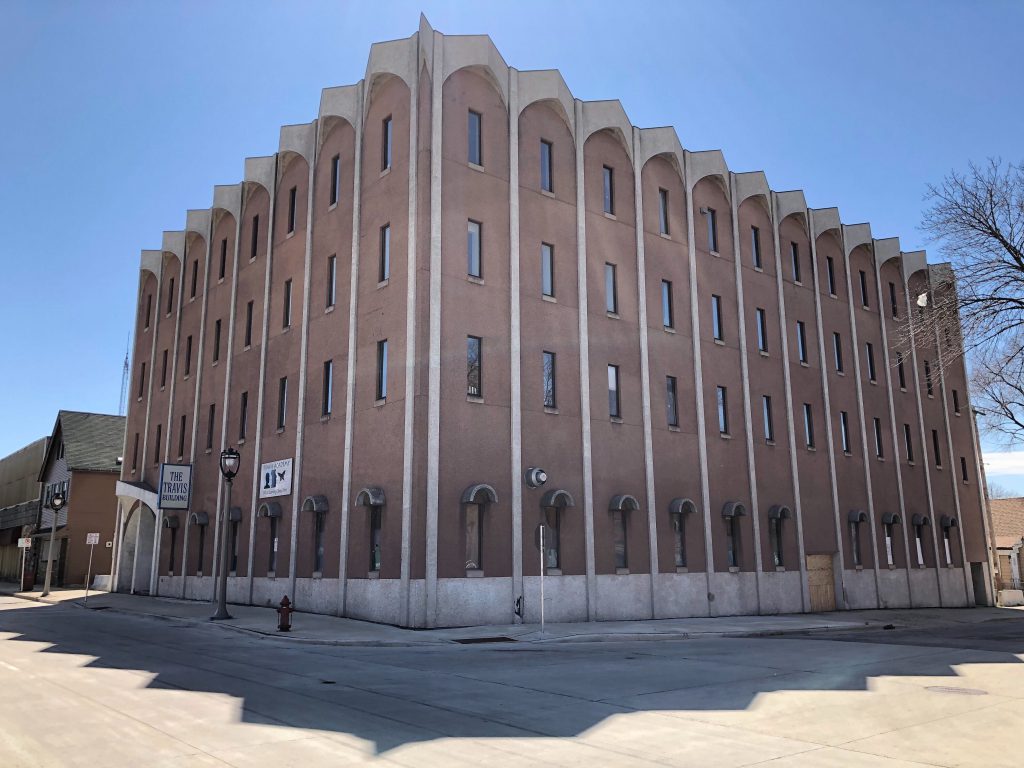 The effort to develop a new state office building on a full-block lot at the southwest corner of N. 27th St. and W. Wisconsin Ave. is taking another step forward.

The latest boost comes from the state itself. The Wisconsin Economic Development Corporation (WEDC) is providing a city entity with a pass-through grant to support Near West Side Partners efforts to clear the 19-property site.

The Redevelopment Authority of the City of Milwaukee (RACM) secured a $150,000 grant to help prepare the site from WEDC’s site assessment grant program. It’s the largest grant allowed under the program. But it’s far from what Near West Side Partners will ultimately need.

“The $150,000 is just a drop in the bucket,” said RACM assistant executive director Dave Misky in an interview with Urban Milwaukee. He estimated The Travis Building, the biggest building on the block, would require over $1 million to demolish on its own. A representative of NWSP estimated in 2018 the organization planned to spend $2.5 million clearing and remediating environmental issues at the site. It has already spent approximately $1.5 million acquiring the properties on the block.

Misky said environmental remediation work is exactly what the grant is intended for. “Poking holes in the ground, soil and water samples” are acceptable uses said Misky, as is demolition to enable that work. The city previously used the grant program to support the demolition of a problematic tobacco store a few blocks north on W. Kilbourn Ave.

What happens if the state doesn’t move forward with the office building? NWSP executive director Keith Stanley has said the organization will pursue other catalytic development projects for the site. “Ultimately our goal is to ensure this site is prepared for an end user,” said Stanley in February. 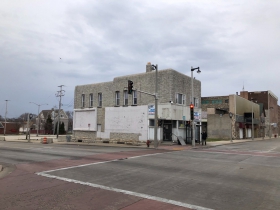 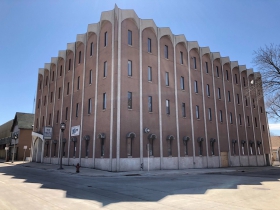 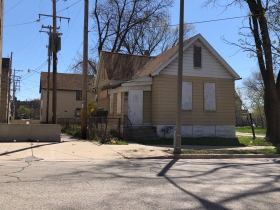 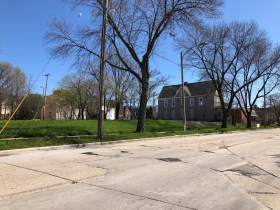 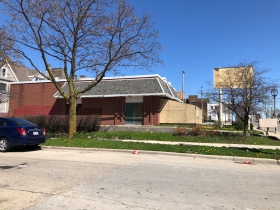 The Rise of The Bay View Home

Just six percent of single-family homes in the city are worth more in 2020 than they were 2007 according to an analysis by Marquette University research fellow John D. Johnson.

The most visible exception? Bay View, the city’s largest neighborhood.

Bay View‘s new bookend will soon accept its first residents. The construction fences are down and the leasing signage has gone up.

The complex will be home to apartments on its top four floors while the lower level houses a food hall known as Flour and Feed, planned to open post-pandemic. The second floor and a portion of the first floor furthest from S. Kinnickinnic Ave. will be used for parking.

You can now reserve your apartment in what is slated to be the tallest timber building in the world.

New Land Enterprises will begin pre-leasing apartments in Ascent, a proposed 25-story apartment tower made from mass timber, in the coming days. A brochure will include floor plans, prices and interior finishes. “If you are signed up on our email list, you will get that link direct,” said firm director Tim Gokhman. A sign-up form is available on the project website.

The plans call for the high-end building to include up to 265 apartments. A pool is planned on the sixth floor with fully operable windows. A sauna, steam room and entertainment center are also planned for what the firm is calling a “wellness floor.” The top floor of the tower will include a resident amenity level with two outdoor decks, fire pits, grilling stations, a clubhouse, kitchen and co-working space.

“You can put down a fully refundable $500 fee and reserve your unit in the building,” said Gokhman. Four units have already been reserved.

Since publication on Thursday, the rental rates and floor plans have been released. Read the full article.

Projects in Milwaukee receiving funding include the second phase of an apartment complex just north of Fiserv Forum, a new building planned to replace an empty, riverfront building at 1887 N. Water St. on the Lower East Side, redevelopment of the vacant McKinley School, scattered-site projects in the Garden Homes and Washington Park neighborhoods, conversion of the St. Joseph Center on the city’s South Side into senior housing and the fourth phase of the redevelopment of Westlawn Gardens.

A long-overlooked space underneath Interstate 794 will become a dog park for downtown residents and workers under a new plan from Milwaukee Downtown and the Historic Third Ward business improvement district.

Specifics on the final design are still being worked out, but the plans call for a dog run where dogs could be free to roam off-leash in a fenced-in area. “A dog run is an important amenity that will increase the quality of life and livability of Downtown given the thousands of new residential units added in recent years, along with dog-friendly hotels and a move towards flexible/dog-friendly office space,” said Milwaukee Downtown economic development director Matt Dorner in an interview with Urban Milwaukee. He said a 2019 survey of downtown stakeholders found that 71 percent of pet owners said better pet facilities in Downtown were “needed and important.”

The run will be constructed on state-owned land underneath the freeway between W. Clybourn St., W. St. Paul Ave., the Milwaukee River and N. Plankinton Ave. in Westown. The city will extend the Milwaukee RiverWalk south from W. Clybourn St. towards W. St. Paul Ave., a 320-foot segment, as part of the proposal. “This location really lends itself to this public amenity,” he said.

Groups working on civic challenges in the Clarke Square, Lindsay Heights and Riverworks neighborhoods are ready to present their place-based ideas. And you can see their vision and cast a vote to determine which group receives $5,000 to begin implementing its vision.

Three teams of seven spent the past 10 weeks meeting with area stakeholders and business improvement district leaders to design solutions for the area’s commercial corridors. Solutions range from a visual branding campaign on a busy intersection to connecting an existing coworking space to the surrounding neighborhoods.

Where Are Milwaukeeans Moving To and From?

The Milwaukee area continues to attract interest from residents of smaller cities across the state, including Madison, Racine, Janesville and Oshkosh as well as Minneapolis, Detroit and Springfield, Missouri. But the biggest source? Chicago.

Almost 35 percent of people looking to rent in Milwaukee are in Chicago, with Madison in second place at 5.1 percent.

People moving away are far more dispersed. Chicago is again first on the list, but for only 12.3 percent of users, Phoenix is second with 6.1 percent and Madison third at 5.8 percent.

One thought on “Plats and Parcels: State Grant Will Support 27th and Wisconsin Demolition”