DPW will restrict construction activity on city streets for a month this summer. 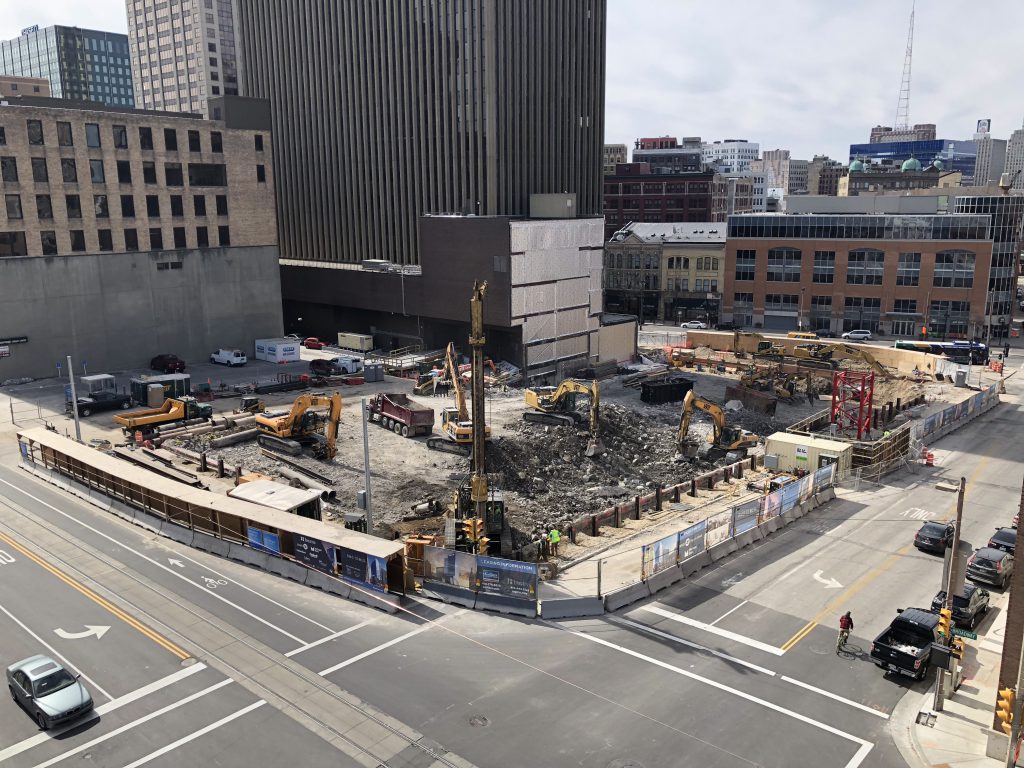 BMO Tower construction with equipment in the public right of way. Photo by Jeramey Jannene

Contractors will want to carefully time their projects around the Democratic National Convention. The city will restrict excavation work and the ability to place equipment in city streets in the month leading up to the convention.

The restrictions, which will last through the end of the convention on July 17th, cover an area much broader than the announced security zone. The zone includes much of Westown, but the excavation restriction stretches from Lake Michigan to 20th St. and W. Lapham Blvd. to W. Locust St.

“In coordination with We Energies in advance of the DNC, we identified an area of influence related to potential outages Downtown. With major private and public utilities beneath the right of way, this policy aims to avoid inadvertently hitting those utilities during excavation,” said Department of Public Works spokesperson Brian DeNeve.

NOTICE: Starting June 13, 2020 the City of Milwaukee reserves the right to stop or suspend work in the public right-of-way.

NOTICE: No excavation work will be permitted to occur from June 15, 2020 to July 17, 2020 in the public right of way within the bounds of North/South 20th Street, West Lapham Boulevard, West Locust Street, and Lake Michigan.

Restricting excavation work in the public right of way would not prevent digging on private property, but would prevent road and lane closures for utility work.

The city’s ability to stop or suspend occupancy of the public right of way could alter construction timelines for a number of projects that have equipment in parking or travel lanes.

The formal portion of the convention runs from July 13th through July 16th, but delegates and media members will begin arriving in town the week prior.