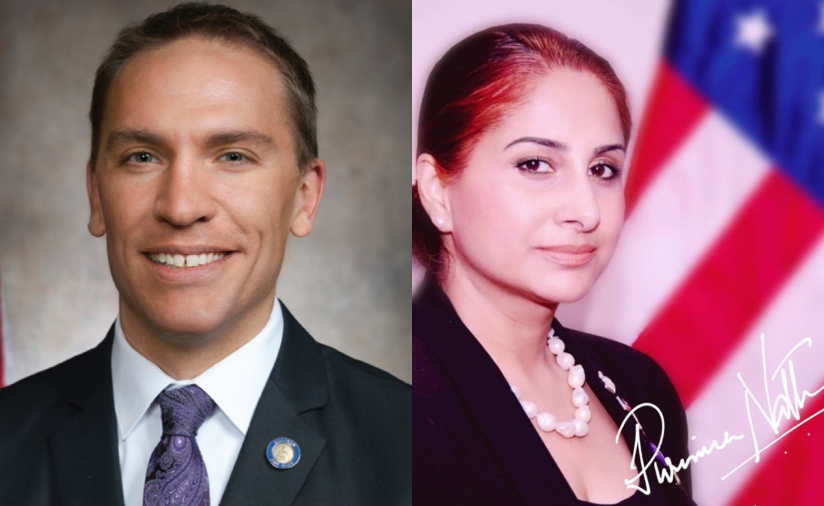 The race for Milwaukee County Executive is starting to get crowded as two more candidates have announced their candidacies in the past week.

State Sen. Chris Larson, (D-Milwaukee), a former member of the Milwaukee county board, and Purnima Nath, a local business owner, have announced candidacy for the position.

They are now in competition with four other candidates: Theo Lipscomb, chairman of the Milwaukee County Board, State Rep. David Crowley of the 17th district, Glendale Mayor Bryan Kennedy, and Peggy M.M. Wittman, an employee in the Milwaukee County Clerk‘s office. In announcing their candidacy many of the candidates have played similar notes, mentioning the county’s revenue crisis, touting their past experience with government finance and expressing support for the parks and transit systems. The position is an open seat, as incumbent Chris Abele is not running for reelection.

Two years later, he ran for the state senate seat representing the 7th senate district and won. And in 2013 he became the Democratic minority leader in the state senate, only to step down in 2015 when Democrats appeared to want different leadership.

This campaign for county executive will be Larson’s second crack at the job. In 2016 he ran against Abele and lost. As with many county races during the Abele years, Larson’s campaign was up against the county executive’s enormous personal wealth. The Journal Sentinel reported in March 2016 that Abele’s campaign spent nearly half a million dollars on TV ads in the final weeks of the campaign.

In the 2016 race Larson criticized Abele for insufficient funding of the Mitchell Park Domes and of emergency shelters for the homeless and blasted him for supporting a “flawed deal” using county dollars to help pay for the Milwaukee Bucks new arena.

In this raced Larson is so far highlighting issues echoing those of other candidates. In a press release announcing a fundraising committee he registered, he noted the county’s “budget shortfalls” and “aging infrastructure”, which are largely due to the county’s revenue crisis.

Larson is also trying to set the stage for his candidacy by saying he will build a “county-wide coalition”. He mentioned it in the press release, in tweets and in his official announcement Monday. This language echoes that of the ‘Fair Deal’ effort championed by Abele and Lipscomb, which aims to secure more funding for Milwaukee County.

Larson already has endorsements from state representatives Jonathan Brostoff and Christine Sinicki. In 2016, he received an endorsement from the Wisconsin Working Families Party and his campaign treasurer was Lipscomb.

Nath is the first conservative candidate to enter the race. She is the founder of both a management consulting firm called Trayix as well as a non-profit that runs the annual India Fest in Bay View.

This is Nath’s first run for public office. Nath is an immigrant to America and in a statement said her experience with poverty and struggle inform her outlook. Recognizing that some Milwaukee County residents also experience hardship, she believes this leaves her well placed to serve.

“I bring in real life struggles, modest accomplishments and boat load of hope,” Nath said. “I believe in Milwaukee and its potential.”

Along with being the only conservative in the race, Nath is the only candidate that openly praises President Donald Trump. And she is likely the only one that denies the existence of climate change. In a tweet one month ago, she wrote, “Global warming is a [sic] nonsense!”

Nath’s pithy pronouncements don’t stop there. She has also said the media is “corrupt”, echoing the president. She has predicted, “A war of race, religion, color, gender.” And she had this to say about Muslim immigrants, “First come, then breed heavy, occupy, then play victim, point finger, start hatred and incite violence, then massacre and take over! BOOM…MISSION ACCOMPLISHED.”

This should be a lively race.