Who Will Run for County Executive?

The list is long and could get longer. Handicapping the favorites. 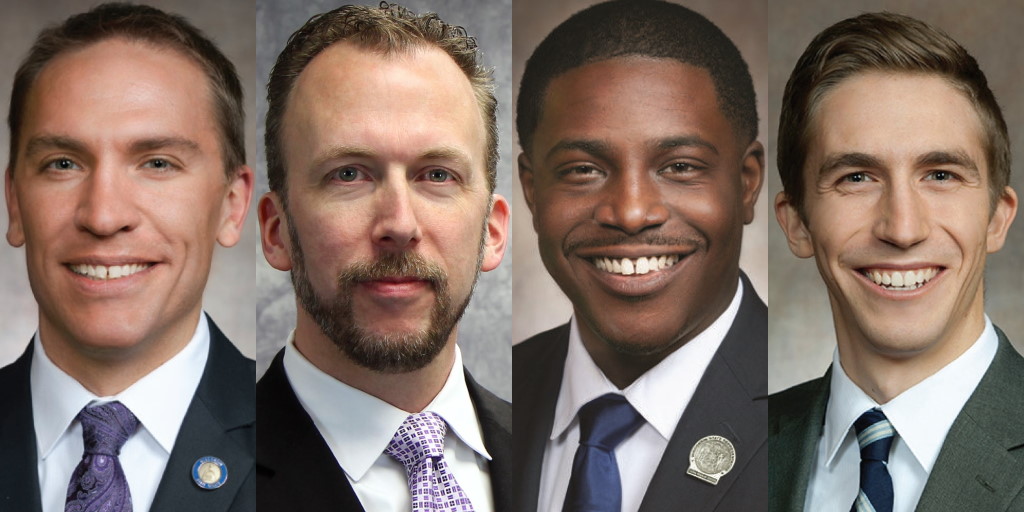 Is there any politician in Wisconsin more unpredictable than Chris Abele? He had no opponent to his reelection for Milwaukee County Executive and had spent considerable money on the race, only to throw that money away by declaring he won’t run. Why? Theories range from an undisclosed health problem to boredom and a desire to pursue a new challenge of some kind. Maybe mountain climbing is next for the Boston billionaire’s son.

Abele has meanwhile created a crazy, chaotic situation for county government, with a primary race just four months away and countless candidates either considering a run or ruling themselves out. In either case they make sure to tell us that they were showered with support for their candidacy.

Those who’ve ruled themselves out include Democratic State Senator Lena Taylor whose press release notes “It is flattering to hear people mention my name as a candidate for County Executive,” however, she “is laser-focused” on her run for mayor. Milwaukee County Supervisor Marcelia Nicholson was also “flattered” by those pushing her, as she told the Journal Sentinel, but insiders tell me she’s ruled out a run. Then there’s Ald. Cavalier Johnson, who is not just flattered but “humbled by the support,” as he told Urban Milwaukee, yet those who’ve talked to him are convinced he wants to run for mayor upon that still distant day when Tom Barrett retires.

Assuming these three stay out, who does that leave as possible candidates?

1. Chris Larson. The Democratic state senator from Milwaukee ran for the post in 2016, and would have the highest name recognition, not to mention his base of a state senate district that includes a significant chunk of the county. Plus he can tout his past experience as a county supervisor prior to joining the Legislature. No surprise, he’s had “an overwhelming outpouring of support,” he tells Urban Milwaukee. “I’m in the process of listening to as many of my neighbors as possible to get an idea of what challenges would await and to see if we can build a coalition to tackle them together.” He would be the clear front runner.

2. Theo Lipscomb: The County Supervisor and Board Chairman is one of the brightest members of the board, and helped Larson (serving as his treasurer) in that 2016 bid for county executive. Like Larson, he’s a liberal and the two may agree on most issues. But to have a chance, Lipscomb will have to recruit many of Larson’s 2016 supporters, which the board chairman is already working on, says a courthouse insider.

3. David Crowley: “Yes, I’m running for County Executive,” he tells Urban Milwaukee. “An announcement is coming soon.” The Democratic state assemblyman represents a district in northwest Milwaukee, and can run without giving up his Legislative seat. So far he is the only black candidate, which in a field with many candidates, could give him a strong chance of getting through the primary.

4. Daniel Riemer. He tells Urban Milwaukee he is considering a run and his op ed we published yesterday served as an announcement of his philosophy on county government and what he see as major issues. Riemer is seen as a progressive, but also as a pragmatist, whose mostly city-based district includes some suburban areas and who is seen as someone who can work with Republicans. He serves a district that has a very high turnout in elections. One local campaign veteran tells me Riemer could be a very attractive candidate.

5. Sheldon Wasserman: the county supervisor and former state legislature who has also maintained a career as a doctor is well-liked, with a North Shore base and a reputation as a moderate liberal. He told the JS he is talking with his family about a potential run.

6. Bryan Kennedy: The Glendale Mayor, who also chairs the Intergovernmental Cooperation Council, has said he is seriously considering a run. Kennedy was defeated twice in runs against Republican Congressman Jim Sensenbrenner (in 2004 and 2006) and was campaign manager for Matt Flynn’s 2018 run for governor. He also ran the Wisconsin chapter of the American Federation of Teachers for some years. It’s an interesting biography, but he has little name recognition in Milwaukee County.

7. Marina Dimitrijevic. The county supervisor and former county board chair is ambitious, but is currently running for alderman to gain a much better paying job and also has her eye on a race for mayor after Barrett is gone, I’m told. But she hasn’t yet ruled out a run for county exec. If she did run and was the only woman candidate, “she becomes the front runner,” one local campaign veteran declares.

8. Jim Sullivan. Sullivan served for four years as a Democratic state senator and lost in the 2011 primary race for county exec, a race that Abele ultimately won. He has since served in Abele’s cabinet as Director of Milwaukee County Child Support Services. A liberal working in an administration that has been fiscal conservative, he is said to be mulling a race.

Other long-shot candidates whose names come up include longtime County Supervisor John Weishan, Austin Ramirez, the son of businessman and school choice proponent Gus Ramirez and former county supervisor Steve Taylor. The latter two would likely run as conservatives, if they chose to enter the race, while Weishan is a liberal.

1.The North Shore Overlap: Kennedy’s Glendale base overlaps Lipscomb’s county supervisor district and Wasserman formerly represented parts of Lipscomb’s district as a state legislator. If all three or even two of them run, odds are only one would get through the February primary.

2. The Working Families Party: If this liberal group endorses a candidate, that could lift one liberal above the others running. The group’s executive director was Dimitrijevic, but she stepped down for her aldermanic run. But if she decides to run would the group feel it must stay out of the race?

3. Who Will Abele Support? In a race where no one (so far) has big money, Abele’s support could be crucial. One possible candidate who makes it clear he would seek Abele’s support is fence sitter Cavalier Johnson. “County Executive Abele and I have worked well together and have supported many of the same issues,” Johnson tells Urban Milwaukee.

4. Who Will Run the Campaigns? The spring election is filled with big races and most of the big-name campaign managers already have jobs. The candidate who manages to snag a savvy consultant could have a significant advantage.

All of which suggests this could be a wide-open, unpredictable, hotly contested race. So you can stop yawning about the campaign for mayor; we’ve got a barn burner for county executive.

Update 1:45 p.m. October 22: Peter Rickman, founder of the Wisconsin chapter of the Working Families Party, contacted Urban Milwaukee to note that the state chapter of WFP “no longer exists as it once did” and won’t have “the money or members” to make an endorsement in the election. Which probably makes for an even more wide-one race.

Update 9:00 October 23: Sheldon Wasserman called Urban Milwaukee to say he has now decided not to run for county exec, saying the timing is not right for him to launch a campaign.

One thought on “Murphy’s Law: Who Will Run for County Executive?”