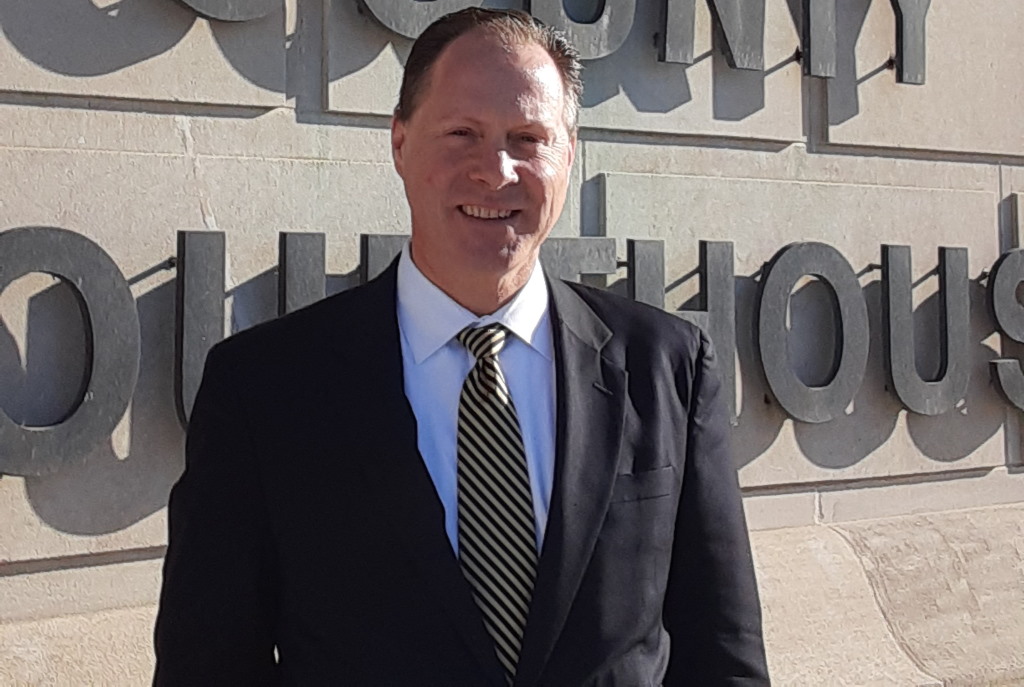 Sullivan held a press conference Wednesday at the Milwaukee County Courthouse announcing his run. This is Sullivan’s second campaign for the county exec. He first ran for the office in the 2011 special election to finish then governor-elect Scott Walker’s term. Sullivan was defeated in the primary election by eventual winner Chris Abele, who later hired Sullivan to work in county government.

In a press release announcing his run, Sullivan said the items at the top of his agenda include: “Reduce incarceration, rebuild parks and public infrastructure, and modernize public transit.” But more broadly speaking the “three overarching principles of this campaign are gonna be about performance, sustainability and equity,” he said.

Sullivan noted that he wants to maintain and improve the performance of county services. “Everybody cares about parks and everybody cares about transit,” but services like “child support and aging and veterans services,” are just as vital, though less public attention is paid to them, he said. Sullivan said he has witnessed some “tremendous accomplishments” during his time within county government and he wants to see that continue.

His focus on performance is tied to fiscal sustainability — “because if we don’t have fiscal sustainability we lose track of the mission.” Also, Sullivan said it is important to him that the county continues its effort around racial equity. That has been a particular concern of Abele in the last two years.

The need for fiscal sustainability and maintaining county programs is a key reason Sullivan is running, he told Urban Milwaukee. “I care enough about the county mission, I wasn’t sure whether I wanted to see the future of that mission left up to chance.”

Sullivan intends to emphasize his work over the past eight years as director of Child Support Services. He’s running on his experience both as an elected official, but also as a manager of a public service. Sullivan served as an alderman in Wauwatosa for six years from 2000 to 2006 and as a Democratic state senator for four years from 2006 to 2010. He was defeated in 2010 by Republican Leah Vukmir.

“I think I’ve got a unique combination of experience,” he said noting that he’s also the only candidate with a law degree.

Sullivan said, without naming names, that there are candidates in the race that will tout their plan to fight for the ‘Fair Deal’ in Madison. “But there’s a difference between putting out press releases that are about ideology and actually working with people.”

In his first year working with the county, Sullivan had to go to Madison to lobby state legislators not to enact a massive cut to the state child support program. This meant working with both Democrats and Republicans. “I question how when people have invested a lot in terms of attacking their political opponents that they’re gonna then be able to come and work together.”

That would seem to be a slap at the two Milwaukee-area Democratic legislators running for county executive, state Sen. Chris Larson and Rep. David Crowley.

While Sullivan did not discuss whether he has any endorsements in the race, his mention of the “tremendous accomplishments” during the time he worked under Abele suggests he may be defending the retiring county exec and his emphasis on fiscal responsibility. By contrast, both Larson and County Board Chair Theo Lipscomb, who is also in the race, have been frequent critics of Abele.

One thought on “2020 County Exec Race: Jim Sullivan Will Run For County Executive”