Lipscomb Will Run for County Exec

County Board chair says troubled finances must be focus of next county executive. 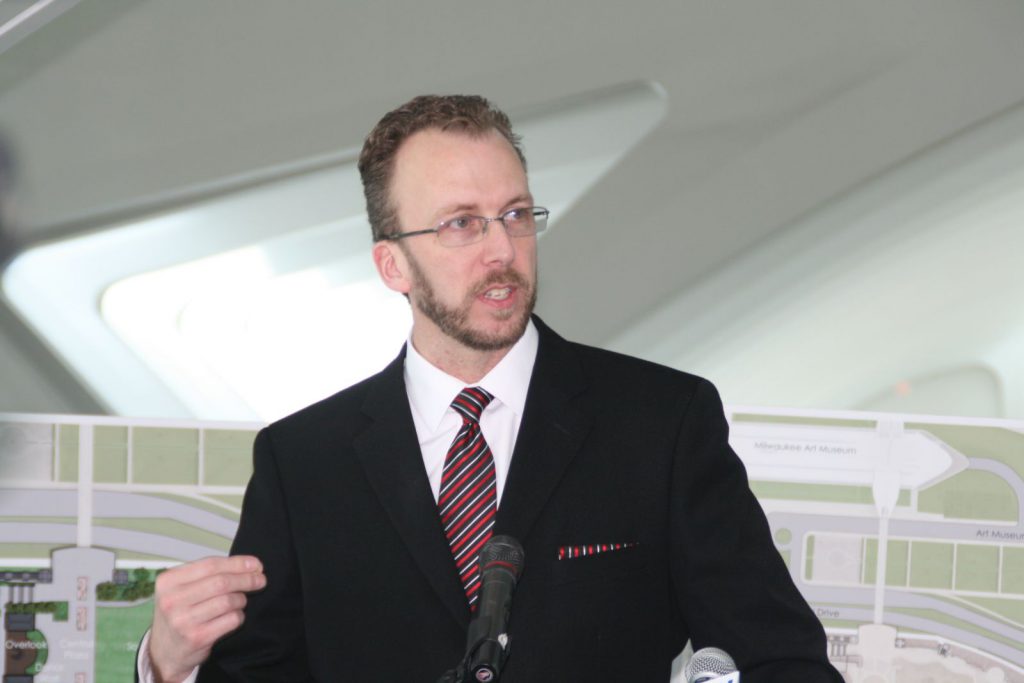 Milwaukee County Board Chairman Theo Lipscomb will run for County Executive and is expected to announce his candidacy later this week, a source told Urban Milwaukee.

Lipscomb told Urban Milwaukee in October he was considering a run for the position. He said then that he was being approached by a number of people, but wanted to discuss it with his family.

Lipscomb was first elected to the county board in 2008. And he was elected chairman of the board by his fellow board members on July 2015 following the resignation of Sup. Marina Dimitrijevic from the position. He’s been elected to the position three consecutive times since then, being the youngest person in county history to have that honor.

In recent years, Lipscomb has advocated strongly for a number of projects including modernizing the transit system with electric buses and also de-privatizing healthcare for inmates in Milwaukee County. But in the last year, Lipscomb has carried the standard for the county board in the push for state cooperation in solving Milwaukee County’s revenue crisis.

In 2018, Lipscomb worked with departing County Executive Chris Abele to develop the “Fair Deal for Milwaukee County” initiative. This project established a task force that met in the early months of 2019 to research the state of county finances and also the ways county government may realize additional revenue.

The Fair Deal work group and the resulting legislation from the board saw an unprecedented level of cooperation between the county board and the county executive’s office. Abele and the board had long butted heads over budgets and Abele’s governing style. And, as chairman, it was often Lipscomb locking horns with Abele.

During the 2018 election, Abele used a third party group called Leadership MKE to dump huge amounts of cash into supervisor races to unseat his biggest opponents, chief among them being Lipscomb. The chairman survived the election and only a few months later went on to start the Fair Deal process with Abele.

Another area where Lipscomb and Abele have clashed is the powers granted to Abele by the state Legislature in 2015 through Act 55. Abele lobbied for these powers, which many on the county board saw as a power grab. Lipscomb recently told Urban Milwaukee that his criticism of these powers aren’t about who the county executive is; rather, that he thinks no one should have these powers. “I wouldn’t need those powers,” he said. “I don’t think anyone else should have those powers.”

Lipscomb’s focus on county finances is underlying his bid for county executive, according to the source familiar with Lipscomb’s budding campaign. In October, he told Urban Milwaukee that, whoever sits in that office after Abele needs to stay focused on resolving the county’s fiscal challenges.

In October, Urban Milwaukee reported that a long list of possible candidates was considering running for county executive. Some have since ruled out a run but those who have announced their candidacy so far include state Rep. David Crowley (D-Milwaukee) and Glendale Mayor Bryan Kennedy.