19 honorary chairs round out Milwaukee 2020 leadership. 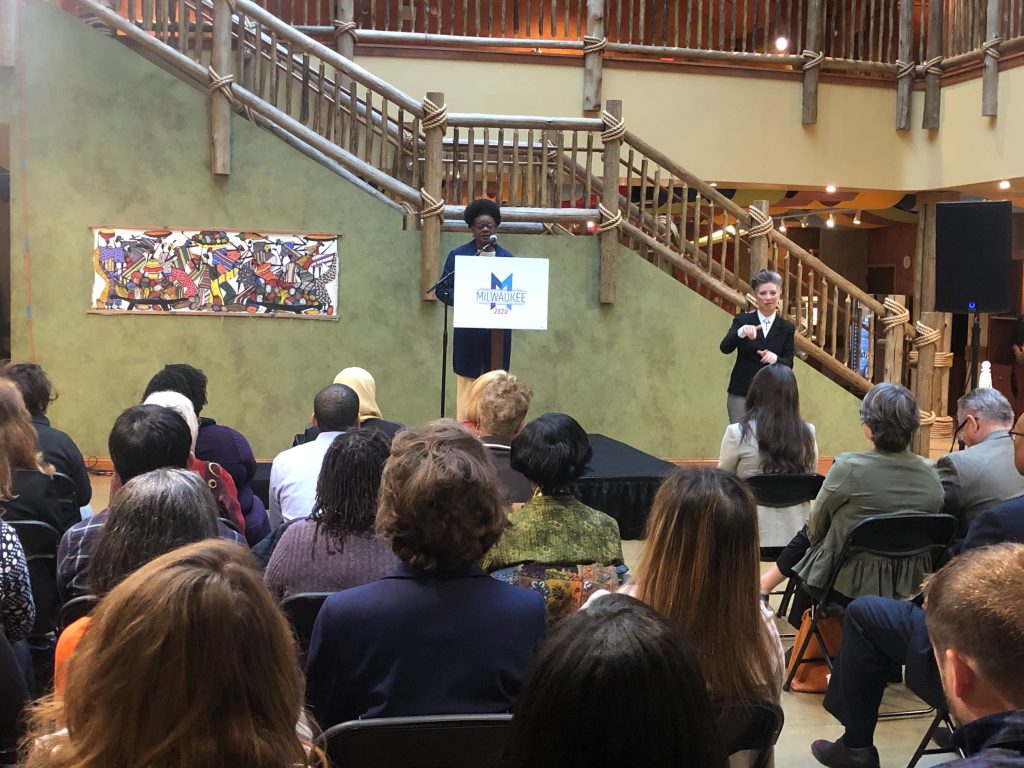 The Milwaukee 2020 Host Committee, the local organization hosting the 2020 Democratic National Convention, now has two chairs and a five-member board. It also a long list of other backers, including nine honorary chairs and 10 vice chairs.

Mayor Tom Barrett and U.S. Representative Gwen Moore were announced as the official chairs of the non-profit on Monday at a press conference held at the St. Ann Center for Intergenerational Care. Their roles are not honorary and include oversight of the host committee, led by Liz Gilbert.

Moore said her focus is on making sure the entire story of the city is told. “If we can’t show all of our assets, don’t even bother coming to Milwaukee,” Moore said she told Democratic National Committee chair Tom Perez.

Barrett said the city is experiencing a renaissance, but work wasn’t finished. “We are also a city that faces its struggles,” said the mayor. “We are not going to shy away from the challenges we face as a city.”

“This has got to be real. It can’t just be a four-day party that comes here,” he added.

O’Neil’s inclusion on the board comes after it was recently revealed that Dohmen CEO Cynthia LaConte was responsible for underwriting a $10 million loan guarantee for the host committee. The committee, which must raise approximately $70 million to host the convention, needed the loan guarantee as part the bidding process. In early 2019 multiple sources discussed the difficulty of finding a party to underwrite the emergency funds as the city was competing against Miami and Houston to host the event.

For more on Gilbert’s efforts to make the DNC “the most accessible and intentionally inclusive convention of our lifetimes” see our coverage of Gilbert’s recent presentation to the Greater Milwaukee Committee.