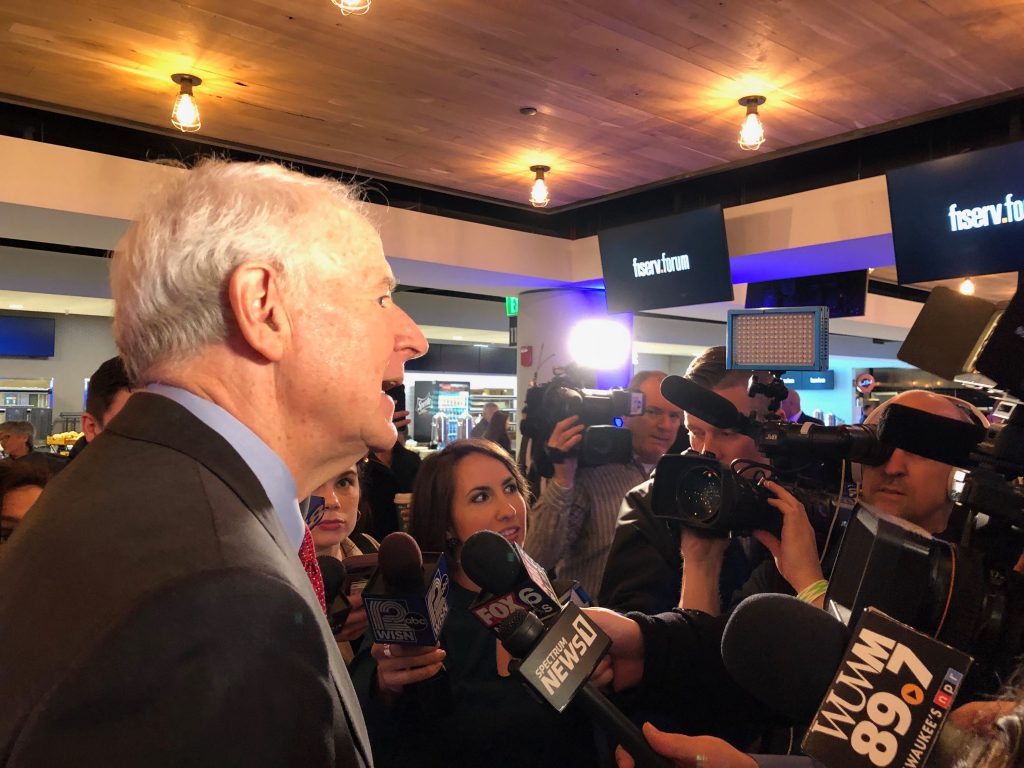 After the overwhelming rejection of Denise Bartlett, Mayor Tom Barrett now needs to find two nominees to serve on the powerful Fire & Police Commission. He also needs to find a new executive director.

The seven-member commission, one of the most powerful such bodies in the United States, is responsible for hiring and firing police and fire chiefs, oversight of the public safety departments and approving major policies, like the recent change to again allow high-speed chases.

First and foremost, Barrett needs to find someone to replace commission member Marisabel Cabrera, who resigned after winning a seat on the Wisconsin State Assembly.

He also needs to replace Ann Wilson, who continues to serve on the commission until a replacement is found. Her term expired in 2017.

Barrett will also need to decide whether to reappoint Dr. Fred Crouther. The pastor’s term is scheduled to expire this year.

But an even bigger decision looms: who will replace the board’s executive director La Keisha Butler? Barrett will have to find a replacement for Butler after the city lobbyist spent a little over a year on the job.

All of the appointments will be subject to Common Council confirmation, a process that has become increasingly contentious.

Two of Barrett’s last three appointments have been rejected, William Gielow in 2018 and Bartlett earlier today.

What did the mayor think about Bartlett’s 3-11-1 rejection by the council?

“I think she had an opportunity to have her voice heard. That’s what she wanted to have happen, and that’s what happened.”

But her voice probably hurt her case. Alderman Robert Bauman, who voted against allowing Bartlett to address the council, called her attitude “petulant” after a half hour of listening to her answer questions.

“I felt that she was someone that came from a part of the city that doesn’t have much representation on the board,” said Barrett.

But the administration will need to do more than check the address and service record of the next candidate.

It surfaced during the confirmation process that Bartlett had written a letter to the Milwaukee Journal Sentinel in 2012 backing how police handled Derek Williams, who died while in their custody. Coincidentally, the council voted Wednesday to approve a $2 million settlement to Williams’ family.

“The mayor was unhappy and disturbed,” said Barrett’s spokesperson in an email to the Milwaukee Journal Sentinel in early May after the letter surfaced.

Bartlett defended her letter before the council on Wednesday morning. Based on the reaction of multiple members of the council, that decision effectively ensured her rejection.

One thought on “City Hall: Barrett Must Rebuild Fire & Police Board”