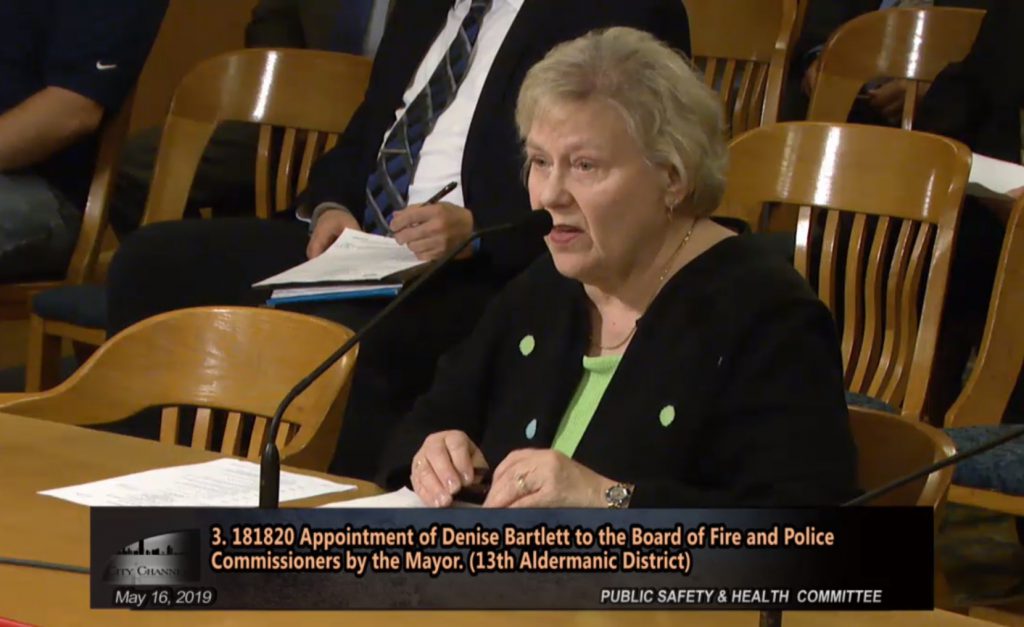 The Milwaukee Common Council has rejected the appointment of 72-year-old Denise Bartlett to the Fire & Police Commission (FPC).

Mayor Tom Barrett nominated Bartlett to serve on the citizen oversight board for the Milwaukee Police Department and Milwaukee Fire Department.

Opposition to Bartlett was led by alderwomen Milele A. Coggs and Chantia Lewis. “It’s really tough to find a good person with an unbiased and balanced point of view,” said Lewis. She said her private meeting with Bartlett left her concerned about the appointee’s “lack of knowledge” regarding the 2016 Sherman Park unrest.

Bartlett retired from the Milwaukee Police Department in 2001 after 28 years. A resident of the city’s far South Side, Bartlett said she would add diversity to the commission as a “non-Hispanic, white person.”

Alderman Terry Witkowski, serving in his last council meeting before retiring, moved to have Bartlett speak before the council and answer any lingering questions council members had. “I would encourage the entire council to consider the entire community, and not just their own,” said Witkowski who recently issued a newsletter saying the council often votes on racial lines.

“Are you saying she’s only from your community and not from the black community?” asked Ald. Russell W. Stamper, II, an African American.  “When I say community, I’m talking about your district,” said Witkowski.

“I think there is space and room for each of us to disagree over any candidate, while still having not just the interests of the 40,000 people we represent, but the 600,000 total,” said Coggs. “My vote will be based upon what I believe is best for the City of Milwaukee.”

Bartlett faced more than a half hour of questions from the council after reading an opening statement where she said her diversity as a white senior citizen from the South Side made her a good candidate.

Bartlett faced repeated questions about her 2012 letter to the Milwaukee Journal Sentinel over the death of Derek Williams in police custody which she entitled: “Fakers are Real Culprit.” Williams died in the back of a squad car after telling officers “I can’t breathe.”

Coincidentally, the council approved a $2 million settlement regarding the death of Williams later in the meeting.

“I’ve seen the video numerous times of Williams in the backseat of the squad car. He acted and sounded like the many hundreds of prisoners I and other officers dealt with who faked their medical emergencies over the many years before Williams,” wrote Bartlett in 2012.

“First of all, I meant well,” she told the council. She said she had sympathy for Williams, his family and the officers involved.

Bartlett said “nine times out of ten” when she worked with female inmates they were lying when they said, “I can’t breathe, I can’t breathe.”

Bartlett, in response to a question from Ald. Nik Kovac, could not identify any recent commission decisions. When Kovac brought up the change in pursuit policy, she said she believes it was “getting criminals off the streets.” Kovac was repeating a question that activist Paul Mozina offered at Public Safety and Health committee on whether Bartlett has attended or watched any FPC meetings. Bartlett said the 5:30 p.m. start time is “a busy time,” but it’s now on her calendar.

She told the council she hoped she wouldn’t be the second nominee rejected “because she doesn’t represent the perceived diversity of some.” The council rejected William Gielow, a white, retired deputy policy chief, last year after community opposition and a political fight between Barrett and the council.

“Mrs. Bartlett, we spent a lot of time talking about diversity, and that was ill-advised at the beginning to make that the focus of your appointment,” said council president Ashanti Hamilton at the end of her questioning. Stamper, Coggs and Kovac all raised concerns about her perception of “diversity.”

Ald. Robert Bauman called her a pleasant person, but “completely unqualified” to serve on what he said is the most powerful body of its type in the United States. He characterized her presentation as “petulant.”

“It seems to me we’re getting individuals repeatedly, over and over, that don’t represent the needs of the city at this time,” said Ald. Khalif Rainey.

“She’s going to portray this as the council is racially divided. Not true, not true at all,” said Bauman.

“I am disappointed and wish the mayor would take a greater interest in these appointments,” said Ald. Robert Donovan. “The mayor has dropped the ball numerous times when it comes to these types of appointments.”

Witkowski, Donovan, and Ald. Mark Borkowski said the council was raising its standards too high in the search for a perfect candidate. “She’s one tough SOB,” said Borkowski of her willingness to stick with the questioning. “Whether we like it or not, honesty is important.”

Her appointment was ultimately rejected on a 3-11-1 vote after over an hour of debate. Donovan, Borkowski and Witkowski were the only members to vote for her. Ald. Cavalier Johnson abstained without explanation.

In 2018 the council approved retired firefighter Everett Cocroft, an African American, after a contentious hearing where Cocroft defended a 2016 email he sent to the council and other city officials that said police officers were only guarding their “wallets, pension and benefits.”

Lewis said Cocroft showed a better understanding of the complex issues facing the city. “There’s more to it than a riot,” said Lewis. “There are underlying reasons that led to those outcomes.”

Johnson Brags About Changing 2017 Tax Bill To Benefit Himself and His Biggest Donors, Tax Cut He Opposed for Wisconsin Families Continues to Have Positive Impact by Democratic Party of Wisconsin 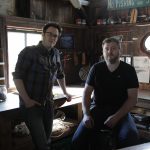