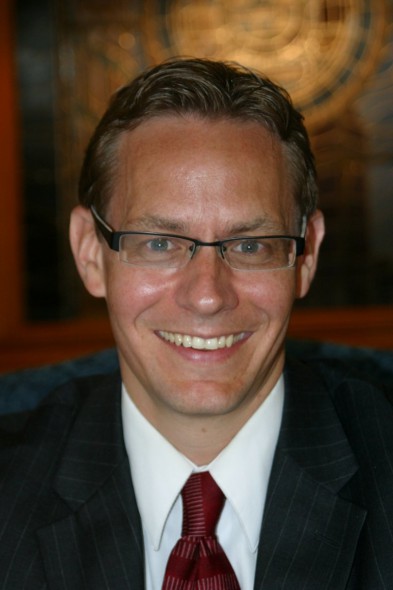 Change is afoot at City Hall. One alderman finds himself with a new position inside the administration of Mayor Tom Barrett and two other longtime city employees have been promoted to new posts.

The Milwaukee Common Council held a special meeting Thursday morning to confirm the mayoral appointments of La Keisha Butler as head of the Fire and Police Commission and Kimberly Montgomery to take over Butler’s former job as the city’s top lobbyist.

Bohl, who has served as alderman since 2000, will take Montgomery’s position as the city’s Legislative Fiscal Manager in the office of Intergovernmental Relations.

In his new post he’ll get to embrace his inner policy wonk, monitoring potential effects of new legislation on the city, preparing information to guide the decision making of the mayor and Common Council and preparing testimony in support or opposition to proposed legislation.

Bohl’s resignation clears the way for a special election to be called for his seat, which council president Ashanti Hamilton announced shortly after the meeting. The special election, which would be held with the normal fall partisan election, requires any candidates to turn in the necessary signatures by June 4th because of a series of federal and state law changes.

Who would run under such a quick deadline? Former state senator Nikiya Harris Dodd is in. Dodd, who was rumored to be running when news broke last week that Bohl was considering the move, issued a press release saying she was in the race shortly after Bohl’s resignation was accepted.

The two would bring drastically different styles to City Hall, and Alexander would certainly shake up the dynamics within the council.

A more immediate opening was also created by Bohl’s departure: Hamilton will now need to appoint a new chair to the council’s Zoning, Neighborhoods & Development Committee, a powerful position on the council that plays a role in approving many of the high-profile real estate projects.

Bohl’s switch from public office to an appointed position isn’t a huge surprise. He was revealed as a finalist for a chief of staff job in Madison city government in late 2017. Bohl ultimately didn’t get the post.

And he has a long connection to Barrett; Before he was elected alderman, Bohl worked for then-Congressman Tom Barrett. Bohl also served as a teacher at Milwaukee Public Schools‘ James Madison University High School, the same school he graduated from in 1989. He earned a bachelor’s and master’s degree from Marquette University.

The Appointment of La Keisha Butler

Butler, a Vanderbilt law school graduate, has served the city as an assistant city attorney and lobbyist. “I believe I am qualified to take on what is admittedly a very difficult position in city government,” Butler told the Public Safety & Health Committee at her confirmation hearing last week.

She laid out four key projects she intends to work on, starting with improving communication between the Fire and Police Commission and city stakeholders. “The commission is an independent board, but it does not operate in a vacuum,” Butler told the committee. Other priorities: she intends to announce a new location for the commission’s physical office by November, fill the open positions in the 17-person office, including two investigators and a risk manager, and cultivate a better relationship with the predominantly Hispanic residents of the city’s South Side.

Many of those goals are intertwined. Butler says her first hire will be for an investigator that is fluent in both English and Spanish, something that will help foster a better relationship with the city’s growing Hispanic population. Likewise, finding a home for the commission’s office outside of City Hall, a move strongly supported by Ald. Chantia Lewis, is intended to bring the independent commission closer to the community.

In response to a question from committee chair Robert Donovan, Butler acknowledged that Barrett had offered her the job two months earlier, long before the mayor dumped MaryNell Regan, and that she turned it down.

Donovan and Borkowski voted against Butler’s confirmation at committee and were the lone votes in opposition at Tuesday’s brief council meeting. In explaining his vote at last week’s hearing, Donovan said “I believe what’s going on here is an effort by the mayor to regain a little more control of this commission that for whatever reason he has lost. I believe he viewed MaryNell Regan as an obstacle to that effort. I have no intention whatsoever in playing any role in that advancing that agenda.”