Why Fire-Police Chief Was Axed 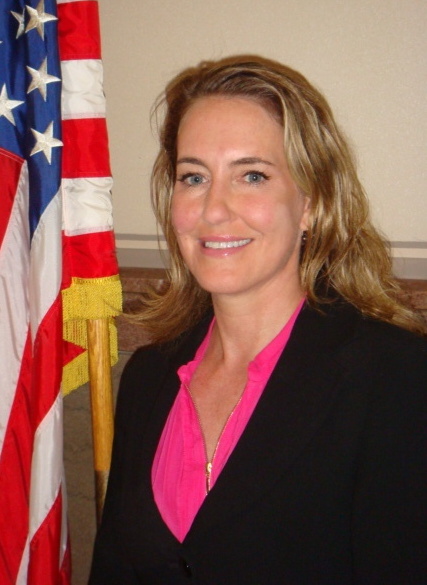 MaryNell Regan. Photo from the City of Milwaukee.

Mayor Tom Barrett’s reputation as an administrator is that he is more a delegator than a micro-manager. That style blew up in his face when problems in the city Health Department erupted in late January.

Barrett learned belatedly about a host of problems, including that the department wasn’t sure if letters had gone out notifying families whose children tested positive for lead, and that department employees had been banned from talking about problems to the Common Council by former Health Department Commissioner Bevan Baker.

The situation was a politician’s worse nightmare: Barrett was blindsided by problems from a cabinet member he had trusted to handle the department, and the city looked terrible. In reaction Barrett talked to Baker about the situation and they jointly decided he should resign, the public was told.

Now we are seeing a similar situation with Fire and Police Commission Executive Director MaryNell Regan, who announced her resignation on Sunday. It had all the earmarks of a soft firing, as in Baker’s case. Regan wrote in her resignation letter that based on the mayor’s decision “to take the Fire and Police Commission in a different direction,” she would leave the job.

“The mayor has a cardinal rule, not to be surprised,” says a City Hall source. And Regan surprised Barrett a few too many times.

The most recent example was one that dumbfounded not just the mayor, but many Common Council members, who were left to explain how the FPC could decide on April 5, with no public notice and no public discussion, that interim police chief Alfonso Morales was now the permanent chief, who would serve until Jan 7, 2020, completing the unfinished term of retired chief Ed Flynn.

“They rather secretively made Morales police chief,” Ald. Terry Witkowski charges. Witkowski requested a city attorney opinion, which concluded that the meeting where Morales was promoted “failed all three tests a court would use in determining whether the notice was adequate” meaning the state open meeting law was violated.

Ald. Milele Coggs, who is not a member of the committee, attended the meeting to emphasize the need for communication. “Council members didn’t know the vote (to appoint a permanent chief) was being taken,” she said. “If we as council members don’t know, then the public and the community don’t know.”

The council members were addressing Regan and FPC board chair Steven DeVougas, who appeared before the committee to give an update on the FPC decision making, and soon came under fire.

What particularly irked Witkowski was that after these objections were aired by council members, Regan’s response was that “we can agree to disagree.” Neither she nor DeVougas offered any assurance the FPC would be more careful in the future.

For Barrett, it meant his hand-picked FPC leader did not even bother to inform him ahead of time that a decision was being considered to appoint a permanent police chief — arguably the city’s most important leadership position.

Worse, the FPC’s abuse of the state open meetings law was noticed in Madison, where the Republican-controlled legislature had rejected — so far — a push by the police and fire unions to give them membership on the FPC and thus water down the commission’s power to oversee the police and fire departments. Barrett vociferously opposed the proposed law, calling it “an attack on the very, very successful Fire and Police Commission model.”

But after the sudden appointment of new Police Chief Morales, that model suddenly didn’t look so wonderful. I’m told that one Republican state senator’s chief of staff wrote a memo to a city lobbyist complaining the FPC chose a police chief without following state law.

In the wake of Bevan Baker’s resignation, surely every cabinet head serving under Barrett had gotten a message: don’t surprise the mayor with controversial decisions that could undermine him politically. The health department fiasco triggered a near revolt of council members, with many openly declaring they needed to take power away from the mayor. Now Barrett was faced with a rogue Fire and Police Commission that seemed willing to make decisions without even warning him about it.

Beyond that, there’s also the question of whether the best person was given the job. It’s not that Barrett objects to Morales; he supports him, I’m told. No city official seems to object to him.

But because there was only a search for an interim chief, Witkowski notes that not all candidates were considered. “Even within the department there were people who were only interested in the permanent job of police chief and not the interim position,” he notes. “So did we get the best and brightest candidates?”

That, combined with the lack of a national search, leaves a shadow over the search process for the chief. It raises the suspicion that the choice of Morales was wired from the beginning. “Probably Morales was the insider choice,” Bauman says, while adding that he supports the choice.

Witkowski believes the Fire and Police Commission was too worried about community activists and their demands regarding the police chief search. “If you look at all the hearings for the search, you would come to that conclusion,” he says. “There were no downtown hearings.”

Journal Sentinel reporter Mary Spicuzza referenced the past battles between Flynn and Regan in explaining the FPC leader’s departure. I doubt that had much to do with Barrett’s dissatisfaction, other than whether some of those battles, too, blindsided the mayor.

The reality is that Barrett’s style of delegating gives department heads considerable autonomy, but not complete independence. As for council members, most probably support autonomy for the FPC and the police chief, until they begin to disagree with enough of the decisions being made. Which is why a smart police chief, and smart FPC head makes sure to keep communicating with the elected political officials, who ultimately take the blame when things go wrong. (In Flynn’s last year he lost the support of the council because many members felt he was no longer communicating with them.)

In his handling of the police search, DeVougas told Urban Milwaukee he wanted to use the police chief search “as an opportunity to show the political independence of the Fire and Police Commission.”

7 thoughts on “Murphy’s Law: Why Fire-Police Chief Was Axed”