The Man Who Beat the Highway Lobby

Milwaukee’s Dennis Grzezinski may be America’s most successful environmental attorney. 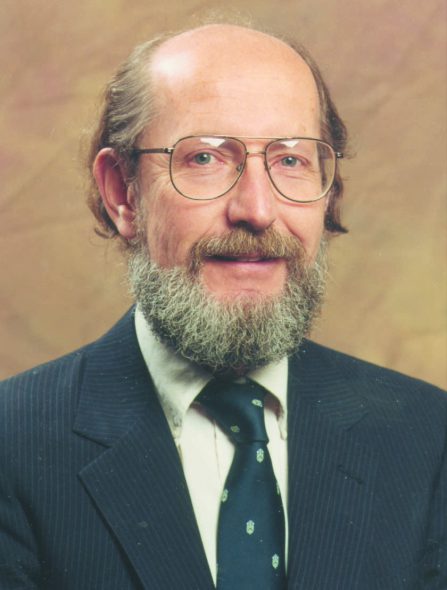 Milwaukee environmental attorney Dennis Grzezinski has been racking up wins against an entrenched state highway lobby.

There may not be an environmental attorney in the country with a stronger record of stopping highway projects than Dennis Grzezinski.

In his most recent win, representing the Milwaukee chapters of the NAACP and the Sierra Club, Grzezinski took Wisconsin DOT to federal court over a $1.1 billion urban highway widening project. With the case still pending, the state abandoned the project, citing budget pressures.

Over the last 12 years of his four-decade career, Grzezinski has been, as he puts it, “conspiring with other troublemakers” in public interest environmental law. And he has notched some big legal victories against the old-school Wisconsin DOT.

Grzezinski worked for 1000 Friends of Wisconsin to stop the $151 million widening of Highway 23 between Fond du Lac and Sheboygan. Earlier this year, a federal circuit court ruled that federal funds can’t be spent on the project. And while he didn’t stop the state’s $1.5 billion “Zoo Interchange” highway expansion, Grzezinksi helped win $13.5 million for transit to mitigate the project in 2014, in a case brought by Milwaukee Innercity Congregations Allied for Hope and the Black Health Coalition of Wisconsin.

I recently spoke to Grzezinski about what motivates this work, how legal action can be effective, and why coalition-building is so important. The interview has been lightly edited for clarity.

Why have you been involved with fighting so many highways?

In part because of disparities in transportation services or availability. There’s such a disparity in what’s available to those who are richer and whiter and who have cars, and those in our community who are less rich and less white and don’t have cars.

This metro area is, depending on who you ask, the most or second-most racially segregated in the country. The segregation of poverty, health problems, lack of employment in our minority communities is just unbelievable. One of the important facts that leads to these problems is this incredible disparity between billions and billions of dollars that have either already been spent or have been proposed to be spent rebuilding the interstate highway system. That allows richer people to flee in the evening — concentrating poverty and social problems.

Meanwhile, the bus system, which is the only public transportation system we have here, has been starved for funds, and fares are almost as high as they are anywhere in the country. Thousands of jobs have migrated from the city of Milwaukee to the outlying counties and have generally been unreachable by any means other than private automobiles.

There were local organizations who stepped up to the plate and basically formed coalitions on a variety of issues. And transportation has come to the fore… Civil rights, health, environmental organizations have all joined together and cooperated. I’ve found clients and occasionally I’ve found folks who have been willing or able to pay. I have developed skills or experience and sometimes successfully opposed really misguided, unneeded, unaffordable, and, for various reasons, unlawful highway projects.

On the I-94 decision, how much of an impact do you think your suit had?

I don’t know. I’m not privy to the thinking within various officials’ heads. I am quite confident that the tendency of the litigation and the series of adverse decisions regarding the caliber and quality of decision-making on transportation projects in this state had to give defendants some pause. The litigation was also an integral part of the coalition-building regarding public advocacy around the project.

The request from WisDOT to the feds referred both to the fact that there wasn’t any money to advance the project any time soon and that there was going to be litigation.

I think we played a real part in the death for however many years. Wisconsin has made clear that they don’t see the state pursuing this project in the next five years. We had very serious claims that I think they didn’t have any way around.

What is the secret to success, would you say, in these cases?

For decades, on environmental issues, environmental groups would show up and that was it. Over the last 10 or 15 years, we’ve managed to bring folks together with many different backgrounds and many different issues… and have them spend enough time together to realize that their goals are often very similar. That’s very helpful for political advocacy, for helping turn out more people to meetings, helping to get more and better press coverage.

We’ve been bringing socioeconomic issues into the [environmental review] process, submitting comments about the impacts on segregation and poverty and health on what look like straightforward transportation decisions. Transportation agencies in general are not very good at understanding the indirect impacts of their decisions.

Why are public comments so important, legally speaking?

They’ve got to address them. Generally [transportation agencies] don’t respond or address them very well. In some cases, they don’t even understand the issues. As a result, either because they don’t want to address them or they’re unable to, it leaves their environmental impact statements, it seems to me, up to very serious challenge.

In order to have standing to address the issue, it’s very helpful to have [comments from people] who are minority or low-income. It provides more credibility to those allegations.

When the overwhelming mass of our transportation dollars go to more and bigger and faster highways, and pennies are left for the downward spiral of transit, those become real issues.

3 thoughts on “Streetsblog: The Man Who Beat the Highway Lobby”