And Ryan, Johnson, Duffy may have many questions to answer. 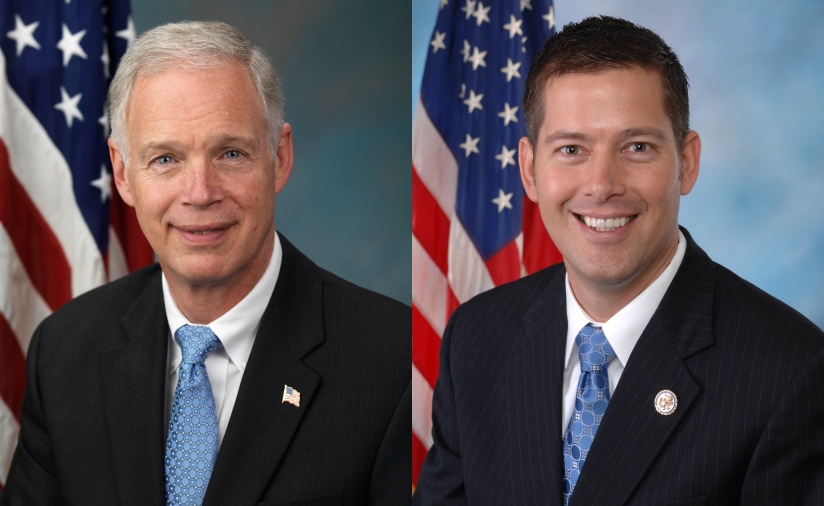 The vote by a Republican-led Congress to impose sanctions on Russia for interfering with the American election — even at the cost of embarrassing their own president who continues to deny any problem — shows how great the concern has become. There is increasing proof of widespread Russian cyber hacking.

And yet there’s also evidence that certain states for targeted for more interference, and one of them was Wisconsin, a fact that surprisingly has gotten little coverage from the state’s largest newspaper. Ultimately, key members of the state’s congressional delegation — Paul Ryan, Ron Johnson and Sean Duffy — may be facing a raft of embarrassing questions over the situation.

As Bloomberg.com has reported, Russia’s cyberattack on the U.S. electoral system “was far more widespread than has been publicly revealed, including incursions into voter databases and software systems in almost twice as many states as previously reported… Russian hackers hit systems in a total of 39 states,” including Illinois, where “investigators found evidence that cyber intruders tried to delete or alter voter data” and as many as 90,000 records were ultimately compromised… “According to the leaked NSA document, hackers working for Russian military intelligence were trying to take over the computers of 122 local election officials just days before the Nov. 8 election.”

Russia is also “suspected to be behind recent hacker intrusions at American power plants, including at least one nuclear facility, two U.S. officials told NBC News. “A dozen plants were targeted, including the Wolf Creek Nuclear Operating Corporation, which runs a generating station in Burlington, Kansas.” A group of 19 U.S. senators wrote a letter to President Donald Trump warning that “The Russians…have the capability, and potentially the intent, to cause significant damage to our economy by attacking our critical energy infrastructure.”

Yet there’s also evidence that districts and even key precincts in some swing states may have been specifically targeted for anti-Hillary Clinton messages as a McClatchey story has reported.

The Kremlin paid an army of more than 1,000 operatives to create fake anti-Clinton news stories and investigators at the House and Senate Intelligence committees doubt Russian operatives could have independently “known where to specifically target… which high-impact states and districts in those states,” McClatchey reported. The investigators “are examining whether the Trump campaign’s digital operation – overseen by Jared Kushner… pointed Russian cyber operatives to certain voting jurisdictions in key states” where “unexpected weakness in voter support for Hillary Clinton” were spotted.

Virginia Sen. Mark Warner, the ranking Democrat on the Senate Intelligence Committee, told the news organization “the Russians appear to have targeted women and African-Americans in two of the three decisive states, Wisconsin and Michigan,” in the election.

“Twitter’s and Facebook’s search engines in those states were overwhelmed,” he said, meaning they couldn’t discern fake news from real news… “On your news feed, you suddenly got … ‘Hillary Clinton’s sick’ or ‘Hillary Clinton’s stealing money from the State Department,’” said Warner.

A post-election study published by the National Bureau of Economic Research found that far more fake news about Clinton was circulated than about Trump, and the fake news wasn’t distributed in a geographically even manner but concentrated in a swing state like Michigan.

Clinton Watts, a senior fellow at the Center for Cyber and Homeland Security at George Washington University, told Senate investigators that many social accounts created during the election to nefariously push fake news looked just like real voters in states like Wisconsin and Michigan. The Russian operatives, he noted, would “inhale all of the accounts of the people in Wisconsin” and “identify the most common terms in it” to “recreate accounts that look exactly like people from Wisconsin… Even down to the pictures. When you look at the pictures, it looks like an American from the Midwest… or Wisconsin or whatever the location is.”

Even the smallest impact from this disinformation campaign could have changed the election result. “Clinton lost the decisive states of Michigan, Wisconsin and Pennsylvania by a combined 77,744 votes out of 13.9 million ballots cast. She could have won Michigan if 5,353 Trump voters had gone for her instead, Wisconsin if 11,375 votes had flipped to her and Pennsylvania if 22,147 Trump voters had instead picked her,” the McClatchey story noted.

Yet even as the evidence of widespread Russian interference has mounted, two key Wisconsin GOP leaders, congressman and House Speaker Paul Ryan and U.S. Senator Ron Johnson, have consistently ignored or downplayed the problem. As I’ve previously written, Ryan was among the 12 members of Congress who were warned by intelligence experts about Russian interference in August 2016, but when President Obama asked GOP leaders to unite in opposition to this, GOP leaders refused, while Ryan oversaw a GOP candidate’s use of cyber-hacked material in a key House race.

Other than California, which had three representatives among the so-called Gang of 12, no other state had more representation at this crucial conference than Wisconsin, since Johnson, as head of the Homeland Security Committee, was also included, something the Milwaukee Journal Sentinel’s DC reporter Craig Gilbert has never reported. Johnson was just as negligent as Ryan on the issue.

Some House members told The Atlantic that Ryan was “purposely slow-walking the (Russian sanctions) bill to avoid embarrassing the president,” which Ryan denied. But as Trump’s disastrous performance and declining polls have continued, and the evidence of Russian interference has mounted, Republicans realized they had no choice but to pass the law — despite the fact it contradicted Trump’s repeated insistence that no Russian cyber attacks had occurred.

The vote was overwhelming: the law passed 98 to 2 in the Senate and 419 to 3 in the House, leaving no doubt of how significant Congress considers the Russian cyber-hacking problem. While it raised questions about Ryan’s and Johnson’s many evasions and denials of the issue, no one looked more silly in voting for the law than Wisconsin’s Republican Congressman Sean Duffy, who back in December claimed the earlier sanctions against Russian by President Obama were politically motivated and in July told the press he had no problem with Donald Trump Jr.’s meetings with Russian operatives.

Two days after voting for the Russian sanctions bill, Duffy told the Washington Examiner that “people don’t give a shit” about “the whole Russian thing,” adding: “They don’t believe it, they don’t buy into it.”

So why did he vote for the Russian sanctions law? Duffy has yet to offer an explanation.