Trump's lawyer has "inactive" license in D.C. so can't defend president there. 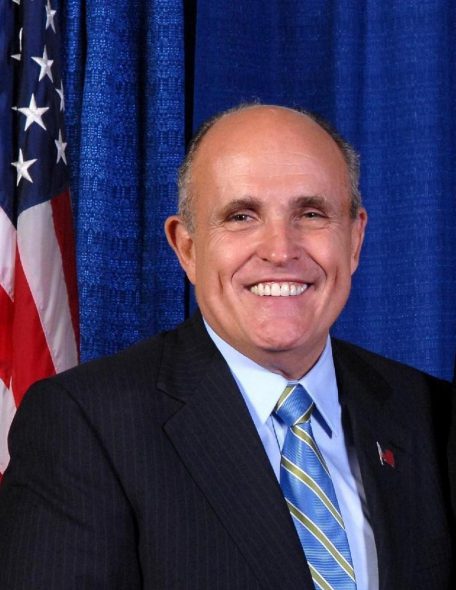 Watch the news and you’ll see Rudolph Giuliani constantly referred to as President Donald Trump‘s lawyer and the man who will handle any negotiations or possible court case in the investigation by Special Counsel Robert S. Mueller III into Russian interference in the election of Trump in 2016. But records show Giuliani is not “licensed to practice in the District of Columbia.”

Mueller has issued indictments and received guilty pleas in the U.S. District Court for the District of Columbia in re: Manafort, Gates, Kilimnik, van der Zwaan, Pinedo, Flynn and Papadopoulos during his ongoing investigation. All of these were represented by counsel admitted to practice before the court.

As things stand now, if, one day, Mueller dispatches the U.S. Marshal to serve papers the occupant of 1600 Pennsylvania Avenue, Trump will have nobody to respond for him in court, at least not with his current crew, headed by Giuliani.

John Maguire Dowd, who was Trump’s lead lawyer until March, is admitted to practice before the court, as well as the U.S. 4th Circuit Court of Appeals and the U.S. Supreme Court. This series of courts would almost certainly be the path that any future case against the president might progress. And any impeachment effort, should it be considered, would naturally occur in the nation’s capital.

None of Trump’s three lawyers are listed as currently admitted to the U.S. District Court for the District of Columbia, according to a member search. Only one is an active member of the D.C. Bar. Though Giuliani often tells the media that he is having discussions with Mueller and his staff, he in fact cannot engage in any legal representation because of his current licensing.

Rudolph W. Giuliani, the headline-hogging former U.S. prosecutor and New York mayor, is considered Trump’s lead attorney. He certainly is the most prominent, paired as he is with a husband-and-wife team from Coral Gables, Florida. He is also the most visible, appearing frequently on television news programs, often spouting dubious legal dicta that leave his colleagues baffled.

Fired FBI Director James Comey says in his memoirs that the most dangerous place to be in Washington is standing between Giuliani and a television camera. Photography is not permitted in the court, but then neither would Giuliani be permitted to appear there as an attorney, without first being admitted to practice there.

Giuliani is listed on the DC Bar website as an “Inactive Attorney,” in “Good Standing” which is an odd state of affairs for a person so visibly representing (at least on TV) the world’s most powerful leader.

According to the D.C. Bar “Classes of Membership”:

Giuliani’s listing further states that he works for Greenberg Traurig LLP of 200 “Aprk” (sic) Avenue, New York. In fact, he took an unusual unpaid leave from the firm in April to represent the president. By May, he and the firm completely severed ties. (Perhaps he could forgo some billable hours on the Trump account and update his paperwork.)

In one of his odd claims, Giuliani had suggested there was nothing unusual for a law firm’s checking account to pay hush money on behalf of a client without the knowledge and consent of said client.

That was money that was paid by his lawyer, the way I would do, out of his law firm funds … Michael would take care of things like this like I take care of this with my clients.

Greenberg Traurig begged to differ, with a spokesperson issuing a parting-of-the-ways statement:

We cannot speak for Mr. Giuliani with respect to what was intended by his remarks. … Speaking for ourselves, we would not condone payments of the nature alleged to have been made or otherwise without the knowledge and direction of a client.

Giuliani’s Martindale Hubbell listing indicates that he is admitted to the Eastern and Southern district courts of New York, and the Supreme Court of the United States. So he can appear before the justices there, but that would be rather late in the game, should Mueller file a case against Trump. Nor does he have active status as an attorney in Virginia, which is the only other place Mueller has filed a case in the Russia investigation.

Like his wife and Giuliani, Raskin is admitted to practice before the U.S. Supreme Court, but not the district or appeals court. And he is not a member of the D.C. Bar. He lists his fields of expertise as “Medical Malpractice, Cruise Ship / Passenger Accidents, Defective Products, Medical Malpractice, Recalled Prescription Drugs, Dangerous Medical Devices, Commercial Litigation, Criminal Litigation, Trial Advocacy, and Advocacy.”

The other half of the Raskin & Raskin firm is Jane Serene Raskin. She, as noted, is admitted to practice before the U.S. Supreme Court, but her name does not appear in a search of attorneys admitted to the U.S. District Court, or the 4th District Court of Appeals. She was admitted to the D.C. Bar in 1988 and has the status of “Active Member” in “Good Standing.” This is required to practice law or to hold oneself out as licensed to practice in the District of Columbia. Membership is mandatory and costs $317 per year, which is $123 more than Giuliani pays for his inactive status.

What is Difference Between “Active” and “Inactive” D.C. Bar Status?

INACTIVE – Inactive members have been admitted to the DC Bar and are eligible for active membership but do not practice, or in any way hold themselves out as licensed to practice, in the District of Columbia. Individual membership records will remain on file with the Bar regardless of which membership status is selected. Inactive license fees for the year 2018–2019 are $194. See Rule II, Section 4 and Bylaw Article III, Section 1.

District of Columbia is in the 4th Circuit.

Search for members admitted to the U.S. District Court for the District of Columbia.