Michigan May Get Talgo Trains

Trains still in storage in Milwaukee could go to high speed line in Michigan -- if the Talgo lawsuit against Wisconsin is ever settled.

Talgo Trainset Wisconsin may never use. Photo by Brendan Murphy.

“Two brand new, high-speed passenger trains idling in a north side Milwaukee building that originally were manufactured for the state of Wisconsin by Spanish train-maker Talgo Inc.” may be put to use in Michigan, the Milwaukee Journal Sentinel reported yesterday.  Michigan’s Department of Transportation needs state-of-the-art trains capable of 110 mph speeds for its Wolverine service between Chicago and Detroit, the story noted.

But Michigan’s purchase of the trains could be complicated by the legal suit by Talgo against the Wisconsin Department of Transportation. The company claims it is owed $65.9 million because of the state’s refusal to fulfill its contract with Talgo.

As Michael Horne has reported for Urban Milwaukee, Talgo’s claim is supposed to be reviewed by the Wisconsin Claims Board, “a rather obscure, 5-member panel that considers claims made against the state,” but has delayed hearing the claim.

Lester Pines, Talgo’s attorney, told the JS that he expected the lawsuit to be resolved soon, but both the Wisconsin attorney general’s office, which represents the state in the lawsuit, and the Wisconsin Department of Transportation, had no comment.

While the election of Scott Walker put an end to the high-speed rail plan for Chicago to the Twin Cities via Milwaukee and Madison, Walker made it clear he would honor the state contract for the Hiawatha line from Chicago to Milwaukee. Nora Friend, Talgo’s vice-president for public affairs, told Urban Milwaukee that Walker called Talgo representatives and said “I am a supporter of the Hiawatha Project. I have no issue with it.”

Friend accuses Walker of changing course and “manipulating data” to justify killing Talgo’s contract for the Hiawatha trains. But news accounts suggest the Walker administration was reluctantly painted into a corner on this issue by Republicans on the Legislature’s Joint Finance Committee.

The nearly $800 million in federal high-speed rail funds that Walker turned down, along with some $400 million turned down by Ohio, has gone instead to 13 other states, with the lion’s share going to California ($624 million for its San Francisco to San Diego line) and Florida ($342 million for the Tampa to Orlando line).

As I’ve previously reported, the Milwaukee to Madison to Twin Cities high speed rail line that was envisioned may have nearly as much potential, in terms of the population, airports and Fortune 500 companies served, as the San Francisco to San Diego line, and would have lower costs. 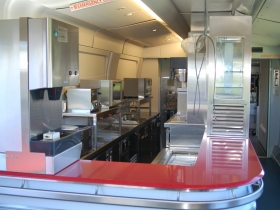 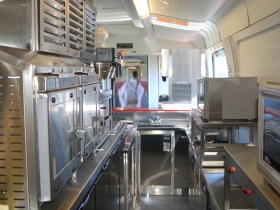 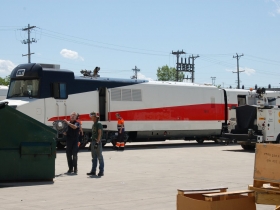 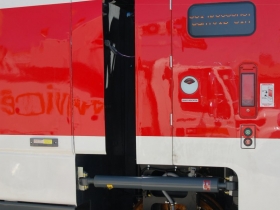 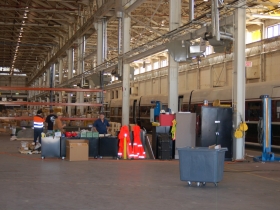 8 thoughts on “Back in the News: Michigan May Get Talgo Trains”