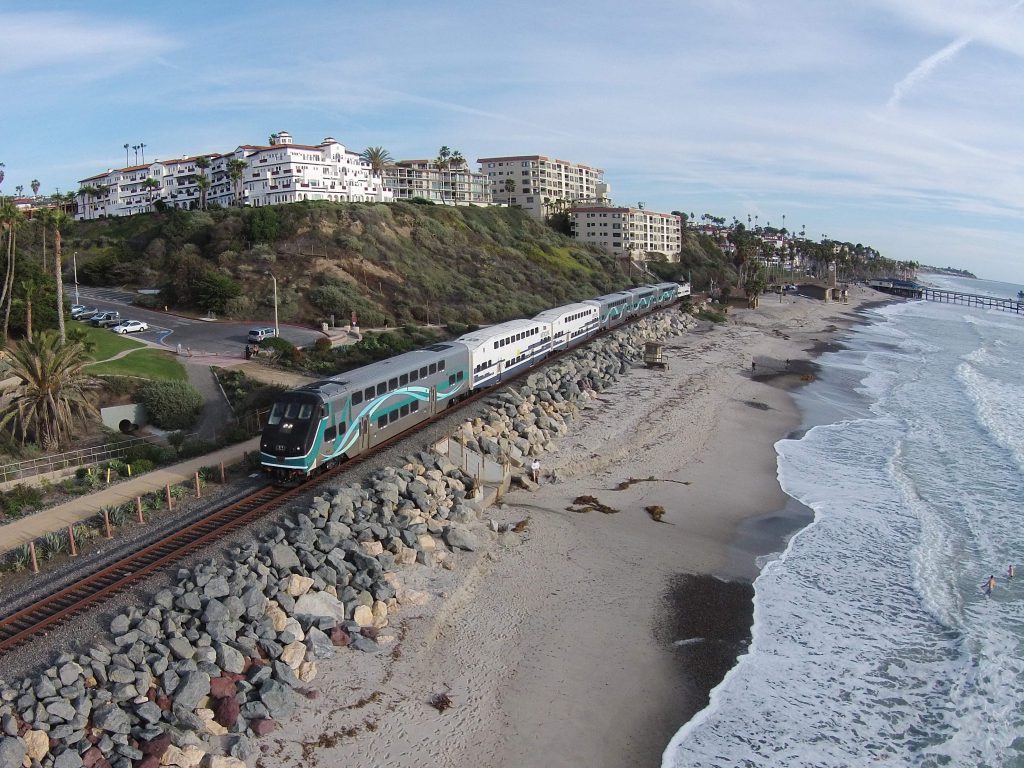 A Metrolink train operating in San Clemente, CA. Cars to be repaired in Milwaukee are in white. Photo by Andrewaronoshn. Licnesed under CC BY-SA 4.10

Spanish train manufacturer Talgo has landed a $139 million contract to rebuild up to 121 commuter rail passenger cars currently in service in southern California.

Talgo will perform the work at its Century City facility at 3533 N. 27th St.

“Our joint venture is confident that the unique combination of experience and capabilities will provide the best value and most reliable on-time performance on this rebuild project,” said Talgo President & CEO Antonio Perez in a statement. The company beat out the equipment’s original manufacturer on both price and technical score to win the contract.

The Metrolink contract follows a 2016 contract the company won to rebuild 74 subway cars for the Los Angeles County Metropolitan Transportation Authority (LA Metro). The $73 million, 56-month contract is for the overhaul of vehicles originally placed into service in the early 1990s. Those cars were originally manufactured by the now-defunct Italian firm Breda.

The base order for the new contract is for 50 cars, with an option for an additional 71 cars. The 50th car is expected to be delivered in April 2023. The first vehicles Talgo will rehab as part of the deal were originally delivered in 1992.

The news is a boon to the city’s efforts to redevelop the former A.O. Smith/Tower Automotive. Good City Brewing announced the purchase of the newly-constructed Century City I building last summer for use as warehouse and office space.

Talgo had manufactured four of their Series 8 trainsets in one of the former Tower Automotive facilities. Two of those Milwaukee-made trains are now in service with Amtrak’s Cascades Service, running between Eugene, Oregon and Vancouver, Canada with stops along the way including Portland and Seattle. The other pair, originally intended to operate on the Amtrak Hiawatha Service between Chicago, Milwaukee and Madison, was expected to enter service in southern California with a third transit agency (LOSSAN), but that lease was never executed. The trainsets were last reported to be in storage at Amtrak’s Beech Grove, Indiana facility.

According to aggregated fleet size reports, Talgo’s Metrolink order may represent the tip of the iceberg for Bombardier bilevel rebuilding. A total of 1,145 cars are reported to be in service in North America. Over 600 are in service on Toronto, Canada’s GO Transit regional rail network, where they were first introduced in 1976. The cars contain seating space for up to 162 passengers.

The news was first reported locally by BizTimes. 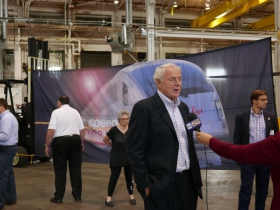 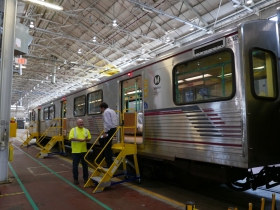 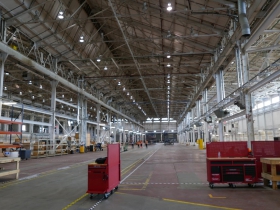 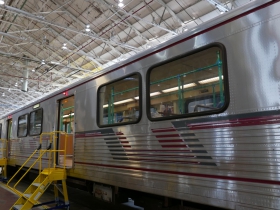 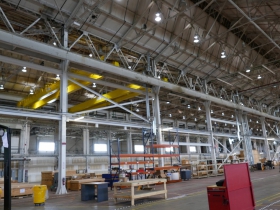