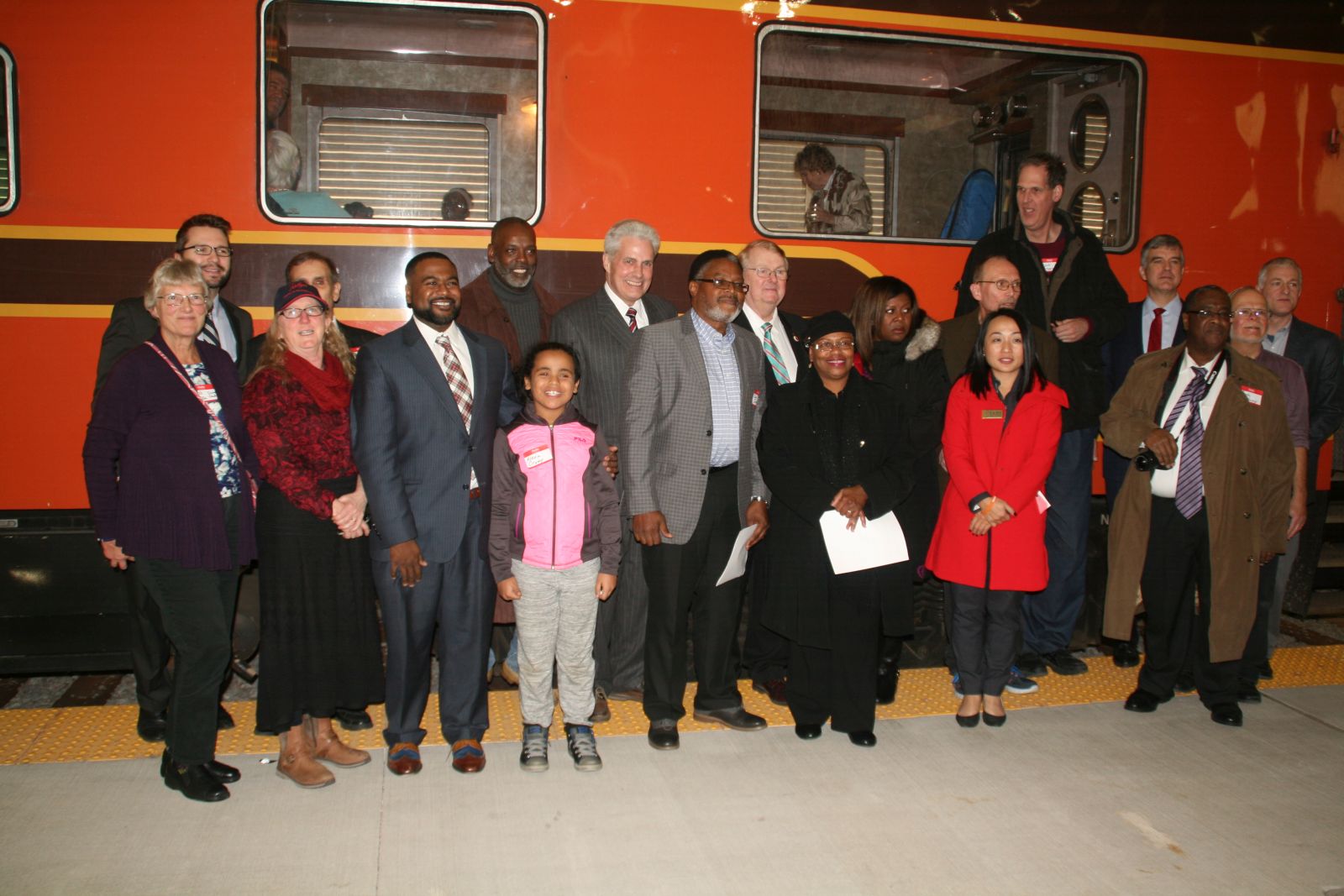 A group photo in front of the Carnitas train car. Photo by Jeramey Jannene.

A group called “All Aboard Wisconsin” held a reception at the Milwaukee Intermodal Station on Tuesday to welcome back Talgo USA, the Spanish manufacturer of railroad rolling stock.

The event was held in the 1948 passenger rail car Caritas, and had as an additional pretext the honoring of Ald. Bob Bauman as the “2016 Connect Milwaukee Champion” for his work on rail transportation issues.

Bauman is an undisputed authority on the subject. In fact, it was his firm that completely refurbished the Caritas in Milwaukee in 1983. The 850-square-foot car is owned by Clark Johnson, who shared the hosting duties with Nona Hill, whose name appears with his on the door of the master suite of the railcar. She is the president of All Aboard Wisconsin. In brief remarks, Hill said that her group favors public transportation of all modalities.

The event was organized by Gary Goyke, the AAW Legislative Director, who handed out a timeline of Talgo’s troubled history in Wisconsin dating back to July 2009, when the state committed to the purchase of two Talgo trainsets to be built in Wisconsin. The state also initiated plans to extend rail service to Madison on the Hiawatha line, and to eventually connect to St. Paul.

Talgo built the trains, which the incoming Walker administration refused to accept or to pay for. Eventually Talgo filed a claim of $65 million against the state. It got to keep the trains and received $10 million from the taxpayers in 2015. Actual costs were over $50 million. [See Urban Milwaukee: Murphy’s Law “Talgo’s Twisted Tale.”]

However, Milwaukee’s location, workforce and the proximity of Century City to rail lines came in handy in September 2016 when Talgo announced it had received a $72.9 million contract to refurbish 74 Los Angeles subway cars there. The 46-month project would employ 37 skilled workers in Milwaukee.

Bauman said it is likely that Talgo will receive other contracts, since there are rail cars in Chicago and Detroit that need to be refurbished. The Spaniards may be here to stay.

The Talgo decision is a bit of good news for the economically distressed central city of Milwaukee. Randy Crump, who attended the event with his son Lafayette Crump, was pleased with the announcement that more jobs are coming into the community. Also attending was Earl Ingram, a radio voice of the community who has been involved with the RadioActive movement to counter AM talk radio as currently constituted. They were joined by Karen Kresch, Chris Rockwood, Pam Ritger, Joe Petrie, Bill Johnson, Shauntay Nelson, Caryl Terrell, Dave Rasmussen, Anna Varley and others including candidates Kashoua Yang and Scott Wales, each of whom is vying for the Branch 47 judicial seat held by Judge John Siefert.

Elected officials included LaTonya Johnson, the state representative who will serve in the state senate next term. Fellow member of the assembly Evan Goyke was also in attendance at the event organized by his father. Gary Goyke mentioned the new train barn, and marveled at the station in general. He noted the diversity of the travelers in the station, and added that the setting had a big city feel to it.

An official ceremony will wait for better weather, but ground has been broken on the Milwaukee Streetcar project beyond the preliminary relocation of utilities. Bauman said that work has begun on the construction of the maintenance facility for the streetcar, to be located under the freeway at N. 5th St. and W. St. Paul Ave.

Ald. Bob Bauman plans to wed Tammi Bansmer in a Christmas Day ceremony to be held at his residence, the couple told guests at the event.

A full day of speakers and workshops adressing transportation issues is planned for Saturday, December 3rd at MATC. U.S. Secretary of Transportation Anthony Foxx has been invited to speak at the event organized by WISPIRG, 1000 Friends of Wisconsin, the Sierra Club-John Muir chapter, Wisdom and Wisconsin Green Muslims.

The event will begin with a 9 a.m. breakfast, followed by listening sessions, plenary sessions, lunch, workshops, training, roundtable discussions and a 4 p.m. reception. A $10 donation is recommended. 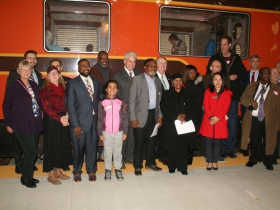 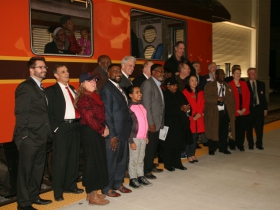 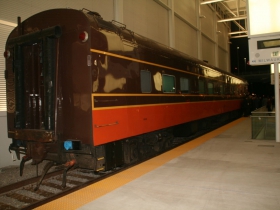 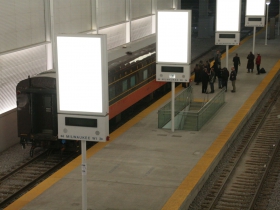 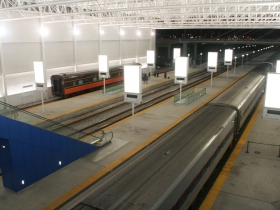 9 thoughts on “Plenty of Horne: Welcome Back, Talgo USA!”