And 16 more projects coming next year, in city effort to combat reckless driving. 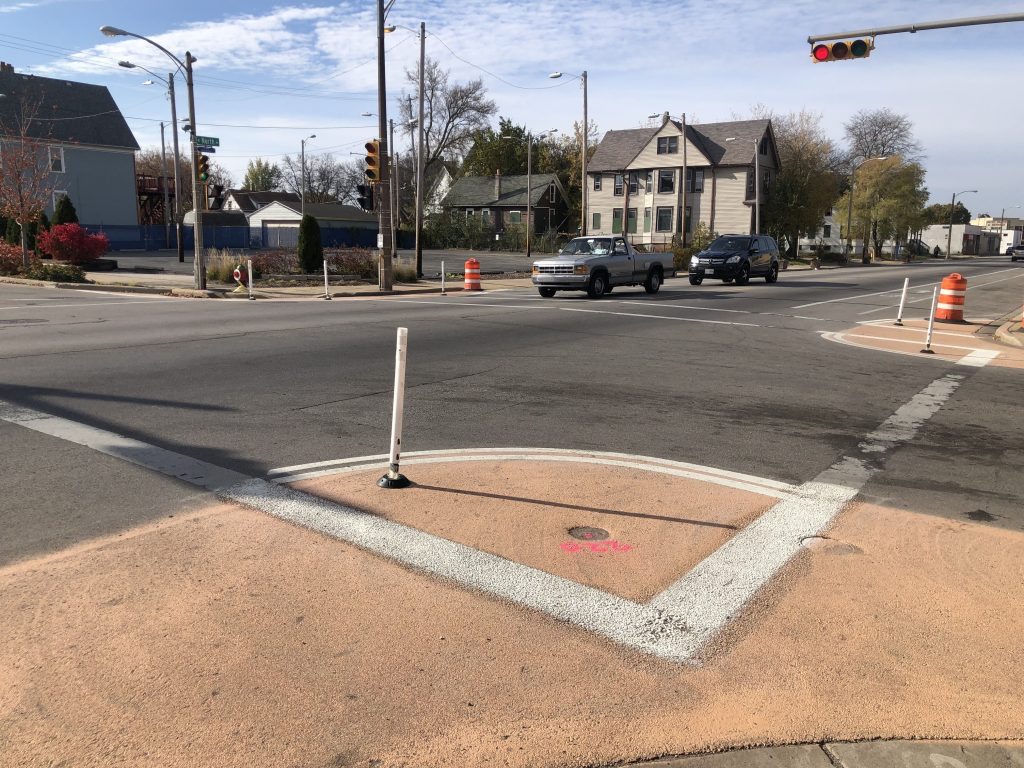 The Department of Public Works tested traffic calming improvements on three new corridors this year. It’s part of a growing effort by the City of Milwaukee to use infrastructure to prevent or deter reckless driving.

The tan-colored paint gives more visibility to pedestrians and is intended to shorten the crossing distance by allowing pedestrians to more safely cross the street from the edge of the parking lane instead of the sidewalk. The plastic delineators are placed at the edge of the paint to alert drivers.

The combination effectively prevents the “Milwaukee slide,” where a driver passes in a non-driving lane, by narrowing the street.

Each of the installations was completed in partnership with an area business improvement district. The BIDs are responsible for maintenance of the infrastructure, including sweeping debris and snow removal. The painting was completed by August, but the installation of the delineators took until October as a result of supply chain delays.

Get a daily rundown of the top stories on Urban Milwaukee
The three paint-and-post projects build on five 2020 projects that included lane restriping, paint-and-post treatments and other reconfigurations. One 2020 project, N. 27th St., was already upgraded to include one-ton planters atop the painted curb extensions.

But DPW’s rapid implementation efforts are poised to be dramatically scaled up in 2022. Using $3.8 million in American Rescue Plan Act funding, DPW is planning 16 projects for next spring.

Using ARPA funds, the council also lowered the cost of new speed humps and is poised to lower the default speed limit to 20 miles per hour.

In addition, Acting Mayor Cavalier Johnson declared reckless driving a public safety crisis on his first day in office and has a multi-faceted plan to address it.

Other efforts are underway to fully rebuild streets, including W. Becher St. and W. Walnut St.