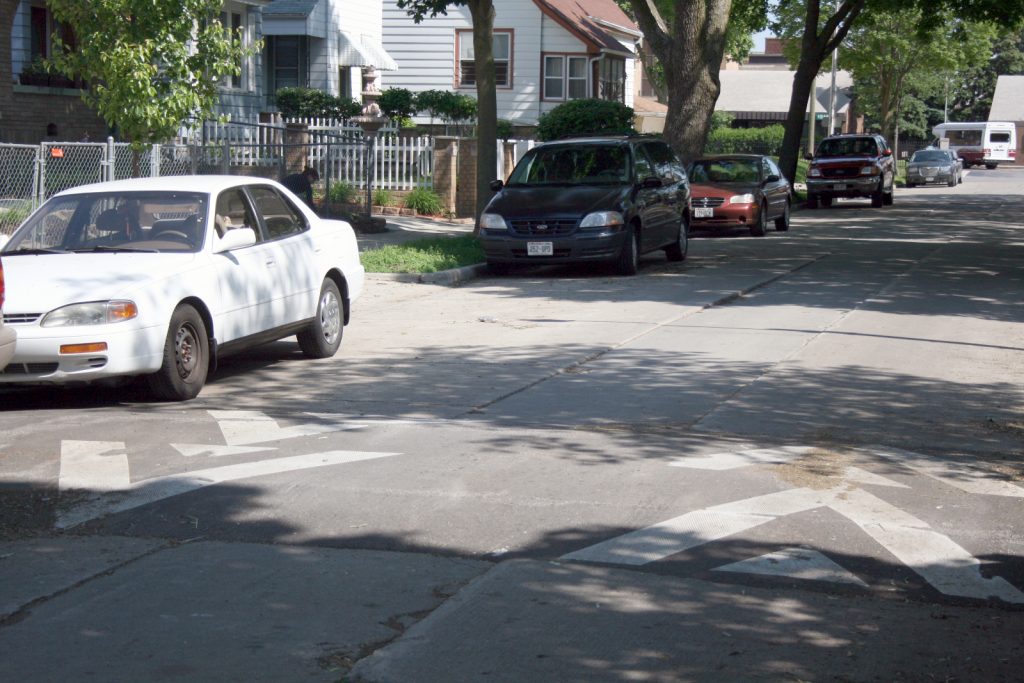 Do you want a speed hump on your block? It’s a question a growing number of Milwaukee residents are likely asking themselves with the surge in reckless driving.

If you can get your neighbors to agree, and don’t live on an arterial street, the Department of Public Works will install one for you. But at a cost.

The City of Milwaukee currently charges $6.50 per foot of street frontage to property owners on the block on which the hump will be installed. That leaves the average Milwaukee homeowner paying approximately $250. The amount is intended to recover 90% of the cost of installing the speed hump and associated signage.

But a new proposal pending before the Common Council would lower the average per property cost to approximately $80. The city would shift the recovery rate to only 33% of the cost, $2 per foot.

“I’ve heard from constituents in the past that the financial hardship was too much for them to pay,” said Alderman Michael Murphy in presenting the proposal to the Public Works Committee on Wednesday.

In September, the alderman convinced his colleagues to allocate $1 million of the city’s $193.2 million American Rescue Plan grant to pay for speed humps. His thought was to make the speed humps free.

“Initially I was looking at zero,” said Murphy of the recovery rate. But he said DPW convinced him that some level of financial buy-in would be a benefit, and more equitable for those who previously paid for a hump.

Get a daily rundown of the top stories on Urban Milwaukee
“I thought the logic made sense,” said Murphy.

“It’s an issue I thought about early on,” said Murphy.

But he said the fee is paid by the property owner, who is not always the resident. Low-income areas have higher percentages of renters.

“As you know, parts of our city now are being purchased by hedge funds,” said Murphy.

“Even in low-income neighborhoods,” injected Bauman.

“I am sure nobody has any interest in providing a subsidy to any hedge fund out there who is already bleeding the city dry,” said Murphy. “I think the reduction of nearly 60% is a benefit for nearly everyone.” He said going by census tract could be administratively burdensome.

Perez said he would have liked to see a checklist that allowed people to qualify for a lower-cost or even free option.

“It’s something we can look at in the future,” said Murphy.

City Engineer Jerrel Kruschke said many of the requests are already coming from low-income census tracts.

“This is a good compromise,” said Bauman.

Speed humps are one of the many tools the city is using to combat reckless driving. But unlike larger reconstruction projects, placement of the asphalt humps and associated signage is almost entirely resident initiated.

Those looking to initiate a request should contact their council representative and DPW, the latter using a specific form. A postcard survey, with estimated costs and a notice of a hearing before the Public Works Committee, will go out to area residents. Those initiating the process do not need to be a property owner on the block. DPW will perform a study to evaluate options for calming traffic.

Still concerned about the cost? The city allows residents to spread the payment across 10 years and billing does not occur until after the speed hump is installed.

DPW hires contractors to complete the work. According to legislative records, recent speed humps have cost between $7,100 and $12,000. The public works department first started installing the humps in 2007, with more than 500 having been installed to date.

The full council is slated to consider the proposal on Dec. 14.