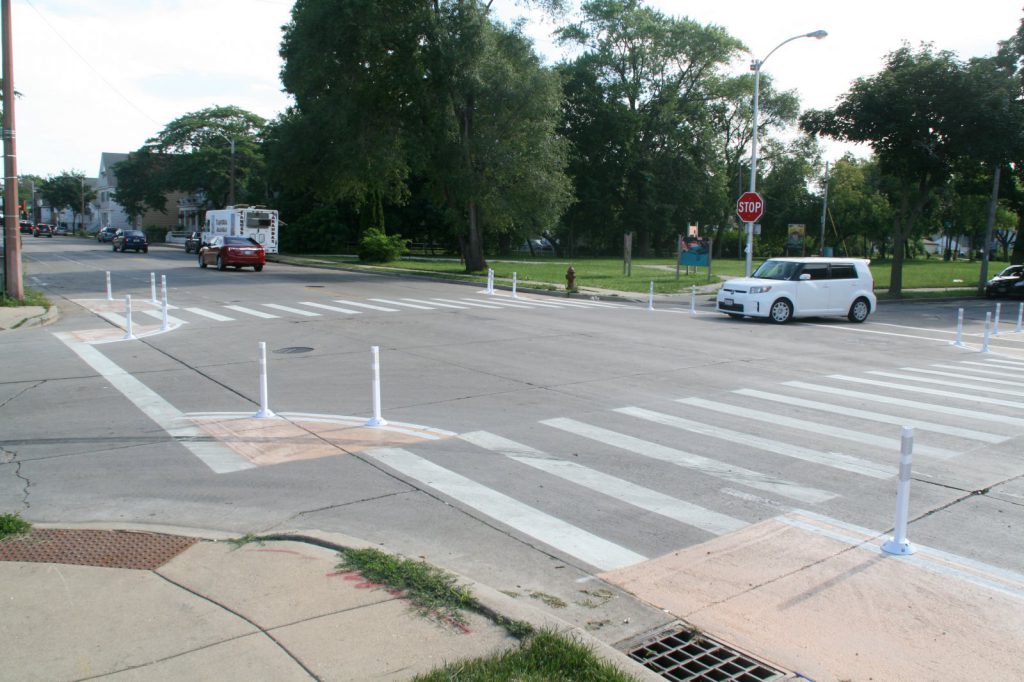 The Department of Public Works is employing a number of rapid implementation strategies to improve safety for pedestrians, cyclists and motorists on Milwaukee’s 1,424 miles of streets.

A recently announced project narrows or reduces motor vehicle lanes, mostly by repainting the lines, to reduce speeding and provide space for new bicycle lanes on six city streets. Those changes can be seen across the city and are scheduled to be completed by August 31st

Another rapid implementation project has been underway on N. 27th St., a busy thoroughfare in one of the city’s densest neighborhoods. The intersections from W. Wells St. to W. State St. have had curb extensions painted on the street. The light orange paint gives more visibility to pedestrians and is intended to shorten the crossing distance by allowing pedestrians to more safely begin crossing the street from the edge of the parking lane instead of the sidewalk.

An example of what the final product might look like on N. 27th St. is now visible on S. 13th St. from W. Manitoba St. to W. Harrison St. The paint is augmented by flexible plastic posts that delineate the parking lane from the travel lanes.

As we observed while photographing the implementation, the posts also serve to prevent motor vehicles from using the parking lane to pass a car making a left-turn, a high-risk driving move. That wasn’t happening on N. 27th St. when multiple drivers were observed swerving onto the painted surface at high speeds to pass turning vehicles stopped in the driving lane.

More than 130 pedestrians have been killed and 560 seriously injured in Milwaukee during the last decade.

The long-term viability of the posts remains a question. Posts installed along bicycle lanes on Kilbourn Avenue were knocked over in 2018 and 2019, but have been recently reinstalled. Those on the Locust Street and North Avenue bridges were run over, then replaced and augmented by concrete barriers.

Much more permanent, and expensive, improvements have been installed along W. Fond du Lac Ave. outside the Sherman Phoenix marketplace, at 3536 W. Fond du Lac Ave. Concrete curb extensions shorten pedestrian crossings and provide space for places along the otherwise narrow sidewalk. The intersection of N. 36th St. and W. Fond du Lac Ave., one of many angled intersections that feature excessive pavement, was reconfigured to prevent high-speed turns by the addition of a curb bump-out. Those improvements were paid for by a tax incremental financing district created to support the marketplace’s development.

The traffic safety improvements come as part of the city’s 2019 adoption of a pedestrian plan and late 2018 adoption of a Complete Streets policy that requires city street projects to balance the safety of all road users.

Earlier this month the City-County Carjacking and Reckless Driving Task Force issued its final report which includes narrowing traffic lanes and other engineering improvements as part of a multi-pronged approach to address reckless driving. 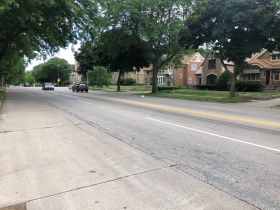 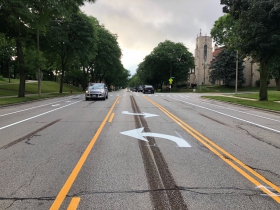 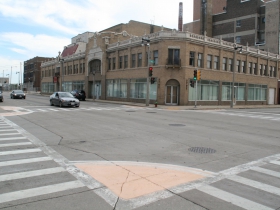 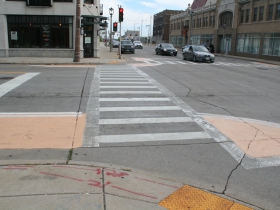 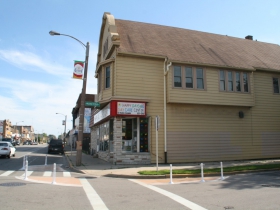 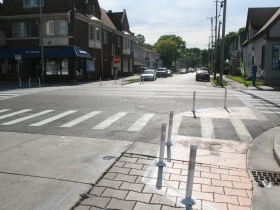 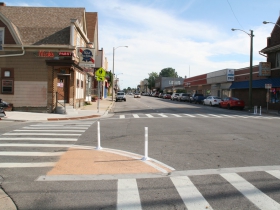 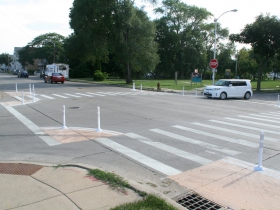 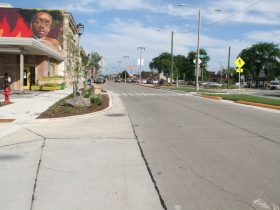 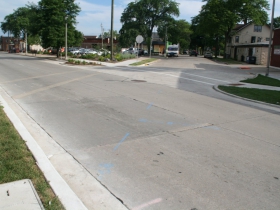 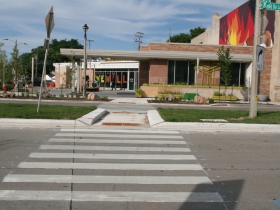