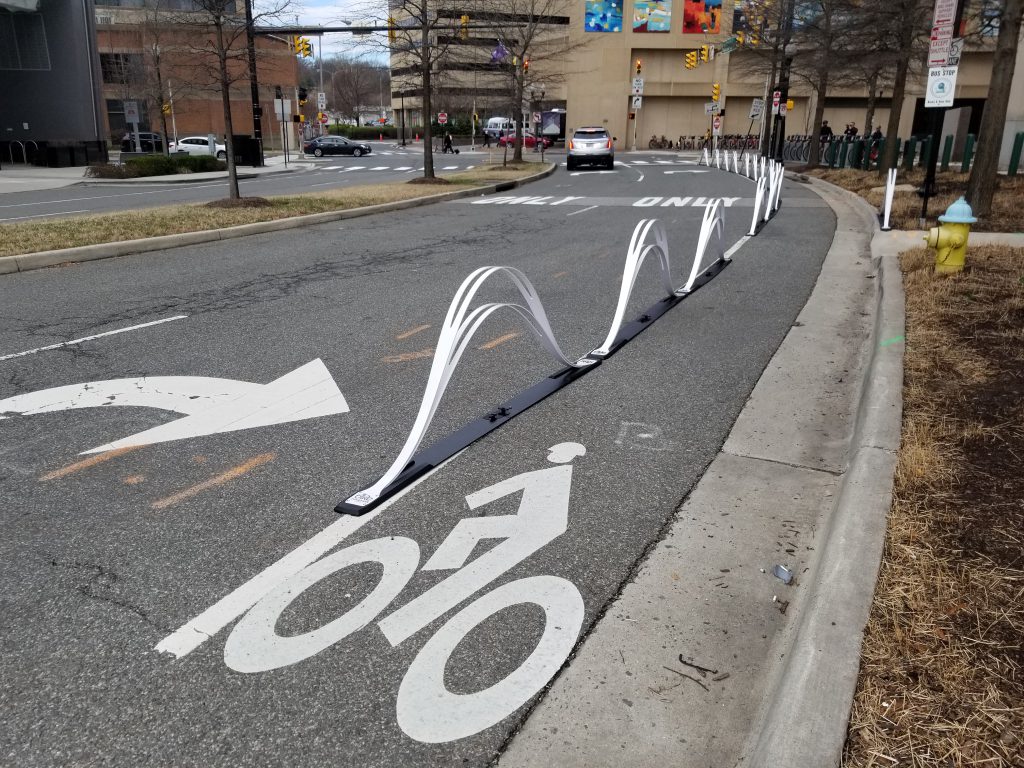 You may have seen the plastic bollards installed as part of the protected bike lanes on the E. North Ave. and E. Locust St. bridges. Or you might not have, as at least a few different drivers ran them over.

The white bollards have been temporarily replaced by something with a bit more contrast, orange construction barrels. But the city doesn’t intend to use the barrels as a long-term solution.

“We realize the flexible delineators used on North and Locust were not able to withstand the multiple hits they incurred from motor vehicle traffic and are looking into a variety of options for providing additional separation on our protected bike lanes,” Department of Public Works Multimodal Transportation Manager Michael Amsden told Urban Milwaukee.

Two of the potential replacements the city is considering were on display in Arlington, Virginia, a suburb of Washington D.C., earlier this month as part of the National Bike Summit.

One, the Wave Delineator, replaces the individual posts with a connected plastic structure that gives the appearance of a short wall. “The Wave Delineator is ideal for temporary pop-up bike lanes when communities want to create a demonstration protected lane or direct bike traffic during day or week-long events,” reads the website of manufacturer Bike Fixation. They’ve been used for temporary installations across the country, including in Madison.

The second, DezignLine BikeRail, uses a steel rail to connect a series of plastic posts much closer together than the city deployed them on the two bridges. “Street maintenance crews in northern climates appreciate the snowplow-friendly anchoring system, making for easy snow removal. There is also clearance underneath the rail which ensures storm water drainage,” says system manufacturer Dero on its website.

“We have not decided on a product to date, and want to ensure that whatever we test is visible, durable, and cost-effective,” Amsden told Urban Milwaukee.

Whatever product the city elects to try next, they’ll have a growing number of locations to deploy it. As part of the construction of The Hop streetcar line, new protected bike lanes were added to E. Kilbourn Ave. and a north-south corridor with a protected bike lane is also envisioned for Downtown. 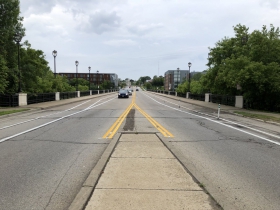 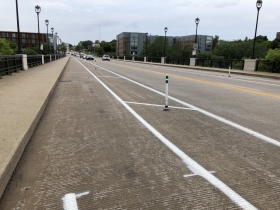 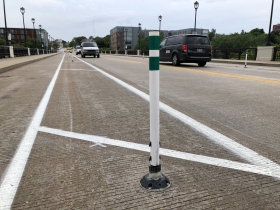 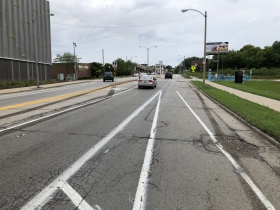 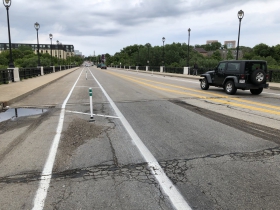 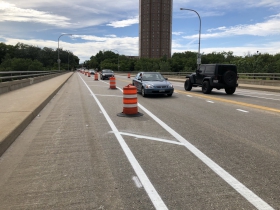 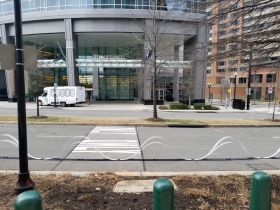 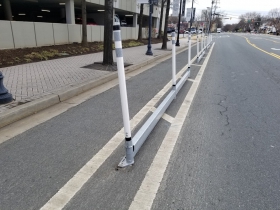 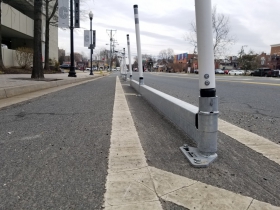 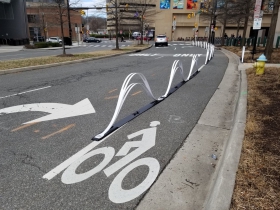 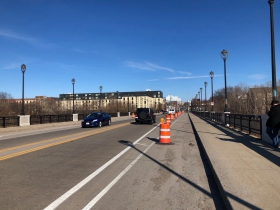 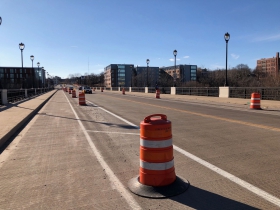