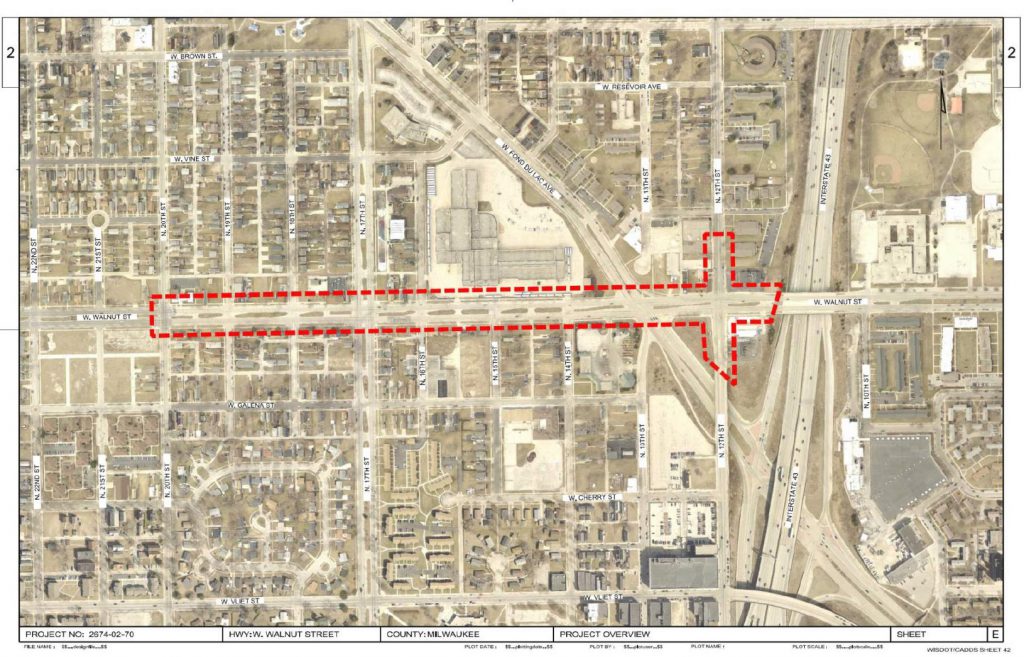 A joint partnership between the City of Milwaukee and Wisconsin Department of Transportation will result in W. Walnut St. being rebuilt from Interstate 43 west to N. 20th St. with an emphasis on safety.

The $5.6 million project will cover 0.6-miles of improvements to deteriorated pavement, curbs and gutters, as well as driveway approaches and sidewalk segments where necessary.

Classified as a “minor arterial” by the Department of Public Works, the street has an average daily traffic count of 13,400 vehicles. The posted speed limit is 30 miles per hour.

A focus is being placed on safety improvements as the crash rate on W. Walnut St. is higher than on similar streets. Two crashes involving pedestrians have occurred in the past five years, according to the Department of Public Works.

The section from N. 12th St. and Interstate 43 west to N. 14th St. would include two travel lanes and a turn lane in each direction, while maintaining the protected lane by using a grass terrace on each side of it.

The project also includes upgrading the traffic signals at 12th, 17th and 20th. Street lights, including the underground infrastructure, will be replaced.

Sewer inlets and lateral pipes will be replaced as part of the project, but there won’t be many lead service lines to replace.

The eastern part of the street is a piece of the cleared-but-never-built Park West Freeway corridor and the remaining corridor was substantially cleared in the 1970s as part of a street widening project. The result of both efforts is that not many homes or businesses directly face the street. The most prominent property on the corridor is the Milwaukee County Transit System maintenance facility, 1525 W. Vine St., that runs along the north side of W. Walnut St. from N. 14th St. to N. 16th St.

The street straddles the Triangle and King Park neighborhoods.

Construction of the improvements would not occur until 2023. The city is required to fund 20% of the project cost.

A public meeting is planned for Aug. 17th at the House of Peace, 1702 W. Walnut St. The open house-style meeting will give attendees the opportunity to react to proposed walking, biking and driving changes. Masks are required.

More information on the project is available on the DPW project page. 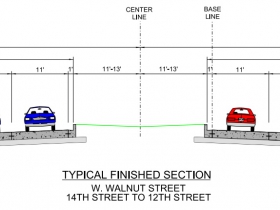 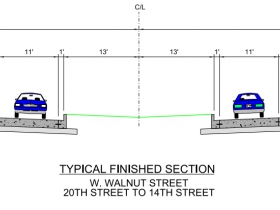 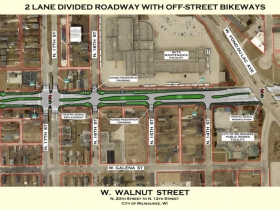 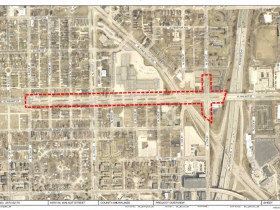