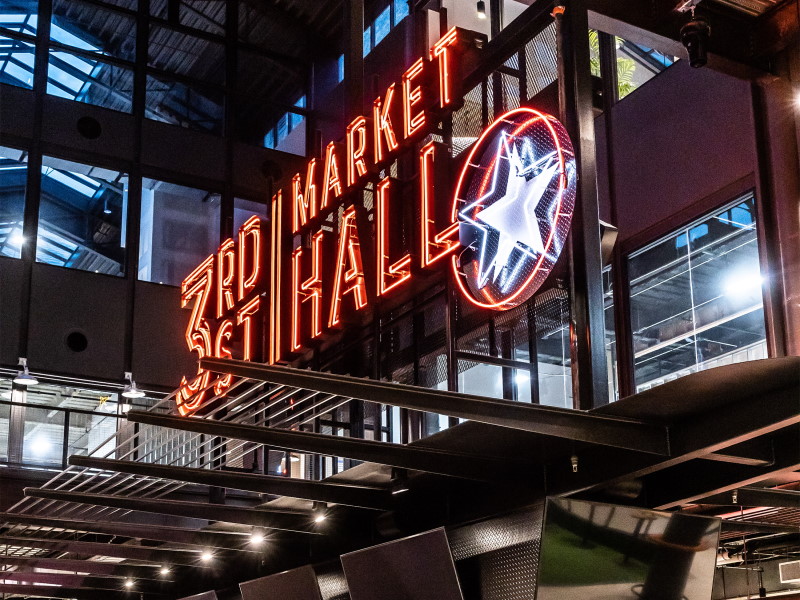 88Nine Radio Milwaukee has announced that its new cafe, called Deadwax, will open next year in the space formerly occupied by the radio station’s Stone Creek Cafe. Deadwax will be what Radio Milwaukee is calling a “sound cafe” — a place where music and community will come together. The cafe was announced in October as part of a $770,000 renovation and expansion at the radio station’s headquarters located at 220 E. Pittsburgh Ave. Maredithe Meyer reports:

Under the leadership of Milwaukee chef and restaurateur Chad Meier, the menu will change frequently, featuring food and beverages made with seasonal ingredients from local vendors, including coffee from Interval on the East Side. The cafe will also host pop-ups with other Milwaukee chefs.

… the renovation project includes a 333-square-foot cafe expansion and complete remodel of the cafe area and addition of a back kitchen area. A covered outdoor seating area will be added to the front of the building, and three garage doors with windows will be installed along the sidewalk, allowing partial open-air use of the community room and connections to the outdoor seating area. 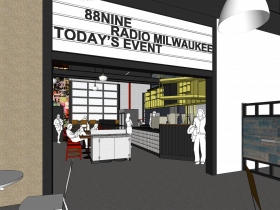 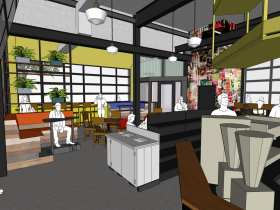 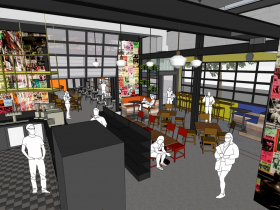 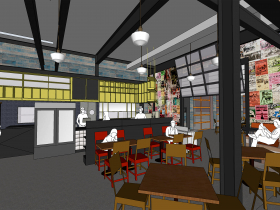 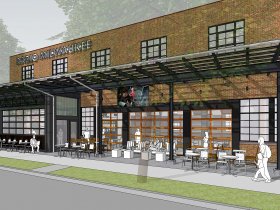 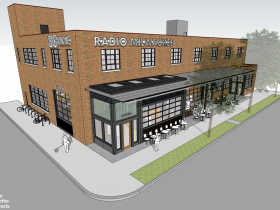 The downtown food hall 3rd Street Market Hall is adding two more vendors its lineup: Kawa Sushi & Ramen and Dawg City. Kawa has already made its name in the city with its two other locations on the East Side and in Whitefish Bay. Dawg City, on the other hand, is a brand new business that will operate as a premium hot dog stall serving all-beef hot dogs in natural casing and locally-sourced ingredients. Carol Deptolla reports:

Dawg City plans to hire underprivileged teens and young adults. “We’d like to give them a chance to grow and expand their wings,” Ken Hughes said in the announcement for the new business.

The food hall also recently added Pewaukee-based Valor Aquaponics, a grower of greens, to its vendors.

New Restaurant and Bar For Downtown

The downtown office building located at 804 N. Milwaukee St. could soon be getting a new restaurant on its first floor. The planned restaurant, called The Lunchroom, will serve food and drinks, noting in an occupancy permit application that it will have a margarita bar. Not much is currently known about the food that will be served there, but proposed business hours are 10:30 a.m. to 1:30 a.m., Monday through Saturday. Read more about The Lunchroom here.

The pop-up coffee shop The Daily Bird now has its own brick-and-mortar location at 818 E. Center St. in the old Fuel Cafe space. The Daily Bird got its start serving coffee drinks out of a takeout window at Centro Cafe during the day and also at one point out of the Dubbel Dutch hotel, and became a neighborhood hit that filled a void left when Fuel Cafe closed. The new cafe opened on December 2. Graham Kilmer reports:

“We’re super stoked to be setting down roots in Riverwest,” (Owner Dan) Zwart said. “We love this community.”

The new Daily Bird cafe will have everything its pop-up predecessor had and plenty of things the pop-up didn’t have; like “Indoor seating, heating, air conditioning, wifi,” Zwart said.

It’s still waiting on delivery of a commercial ice cream cooler. But once that’s in, Zwart said the cafe will have Scratch Ice Cream, a Milwaukee-based small batch ice cream producer.

A new restaurant has been proposed to take over a Walker’s Point nightclub that is now permanently closed at 828 S. 1st St. Restaurant Jerez is currently awaiting licensing approval by the City of Milwaukee. Not much is known about the food or beverages that will be served at Restaurant Jerez, but its proposed hours of operation would be from 10 a.m. to 9 p.m.. daily, except on Fridays and Saturdays when it would be open until 10:30 p.m. The former occupant of the space, VIP Lounge, led a troubled existence towards the end of its operations — including ignoring COVID-19 restrictions as well as being the site of several shootings. Read more here. 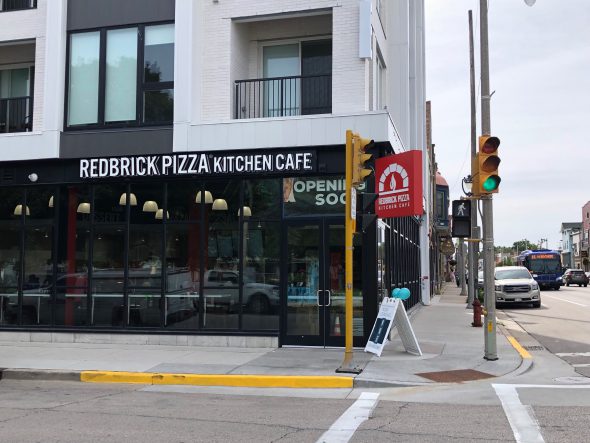 The Bay View pizza joint RedBrick Pizza Kitchen Cafe is officially closed. What seemed to be a temporary closure due to a worker shortage is evidently now a permanent closure as the location’s kitchen equipment has been listed for sale in an auction listing with Gerlach Companies. Annie Mattea reports:

A second franchised location in Brookfield continues to operate according to an employee that answered the phone and the national chain’s website. But the Gerlach listing touts Brookfield as one of the locations being sold off.

The Kinnickinnic Avenue location was the first RedBrick location in the Midwest. It opened in September 2019. The chain also has locations in Florida, California, Alabama, Kentucky and Texas. The Brookfield location opened in June.

A lounge and nightclub located at 2911 W. North Ave. has been shut down by the City of Milwaukee. T Jay’s Lounge was denied a renewal of its liquor license on Nov. 23 — a move that was supported by the Milwaukee Police Department. The tavern closed on December 3. Jeramey Jannene reports:

A triple shooting occurred inside the bar on May 14 at 12:56 a.m., less than eight hours after police officers, a Department of Neighborhood Services inspector, a Wisconsin Department of Revenue agent and assistant district attorney confiscated 27 boxes of improperly purchased liquor and one box of tobacco, which the bar wasn’t licensed to sell.

“Video evidence shows the shooting occurred inside the tavern and bar employees cleaning up and throwing away evidence before the police’s arrival. The bar manager repeatedly lied to police about the incident and was subsequently arrested,” said MPD sergeant Guadalupe Velasquez in reading the police report into the record during a renewal hearing on Nov. 9.

This isn’t the first time the city has had issues with the tavern’s license. It was renewed with a multi-day suspension in 2019 and 2020.