36 shootings near bar in 2021, including a triple shooting inside tavern and bar staff involved in cleanup. 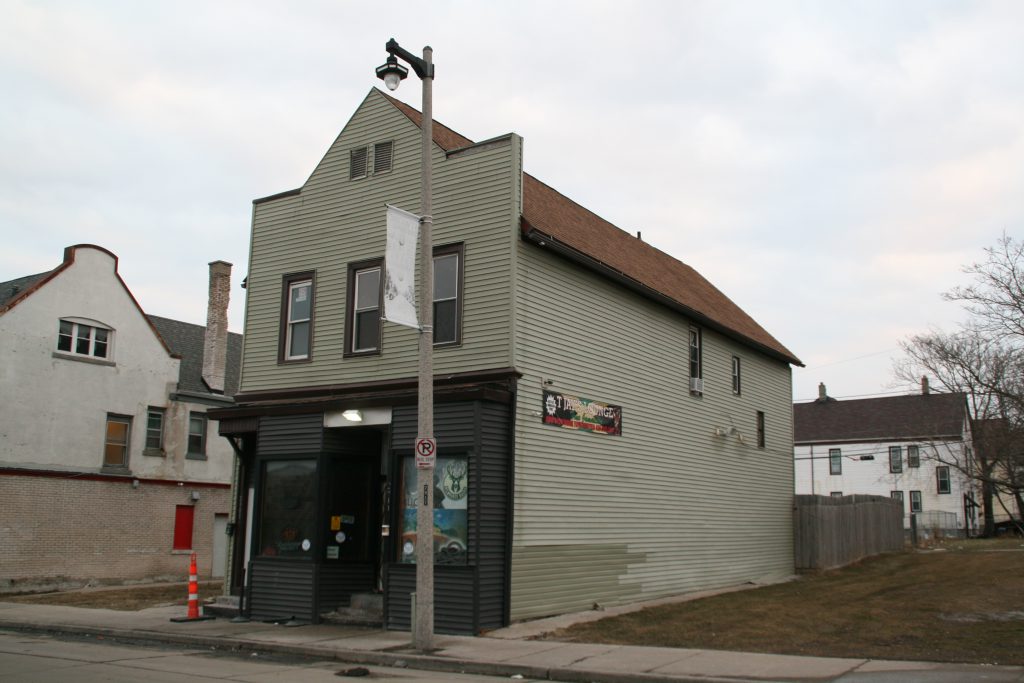 The City of Milwaukee is shutting down T Jay’s Lounge, 2911 W. North Ave.

The Common Council voted unanimously to deny renewing the tavern’s liquor license on Nov. 23. The move was supported by the Milwaukee Police Department. The last legal day of business is Dec. 3.

A triple shooting occurred inside the bar on May 14 at 12:56 a.m., less than eight hours after police officers, a Department of Neighborhood Services inspector, a Wisconsin Department of Revenue agent and assistant district attorney confiscated 27 boxes of improperly purchased liquor and one box of tobacco, which the bar wasn’t licensed to sell.

“Video evidence shows the shooting occurred inside the tavern and bar employees cleaning up and throwing away evidence before the police’s arrival. The bar manager repeatedly lied to police about the incident and was subsequently arrested,” said MPD sergeant Guadalupe Velasquez in reading the police report into the record during a renewal hearing on Nov. 9.

“I have some grave concerns about the renewal of this,” said district three captain Herb Glidewell. “Since the first of this year we did an analysis on shots being fired in that area. We had 40 incidences, 40, for a total of 161 rounds. Thirty six of those times have been in the immediate area around the bar when it was open around closing time. We had three people shot there, they weren’t cooperative.”

Glidewell said the manager, Kevin Barnett, is the owner’s estranged husband and is out on bail on a felony charge related to the triple shooting. Barnett faces a felony charge of harboring/aiding a felon and a misdemeanor charge of resisting or obstructing an officer. According to court records, he is free on a $2,800 bond and pleaded not guilty.

A divorce case, filed in August, is pending before the Milwaukee County Circuit Court.

“We’ve already one mass shooting, I’m trying to prevent the next,” said Glidewell.

“We were unsure about how the individual was able to enter the tavern with a weapon,” said owner Shanita Cotton.

Get a daily rundown of the top stories on Urban Milwaukee
“This establishment has been a consistent issue since it pretty much opened,” said area Alderman Russell W. Stamper, II‘s aide Dameon Ellzey. He said the alderman’s office was particularly concerned in the cleanup after the shooting. Stamper supported the non-renewal.

“I don’t understand why they cleaned it up either,” said Cotton. “I do understand what the council is saying and what MPD is saying.”

She said she wasn’t aware of the manager lying and said the manager was still employed. She declined to speak further on the police report. Neither Cotton, nor any representatives, appeared in person to object to the non-renewal on Nov. 23.

This isn’t the first time the city has had issues with the tavern’s license. It was renewed with a multi-day suspension in 2019 and 2020.

The bar is billed as “True Jamaican” on its signage and lists itself as a lounge and nightclub on its long-dormant Facebook page.

And while Cotton is out of the bar business, Barnett technically isn’t.

Earlier this year, Barnett applied to open Yardies at 2679 N. 30th St. The council granted him a license in July. No mention of Barnett’s pending felony charge was made at that time, nor would a conviction automatically prevent him from opening the establishment. Stamper requested that Barnett hold a community meeting before opening and earn 50% of his revenue from food sales. Yardies has not opened.

Cotton can apply to reopen T Jay’s in one year.