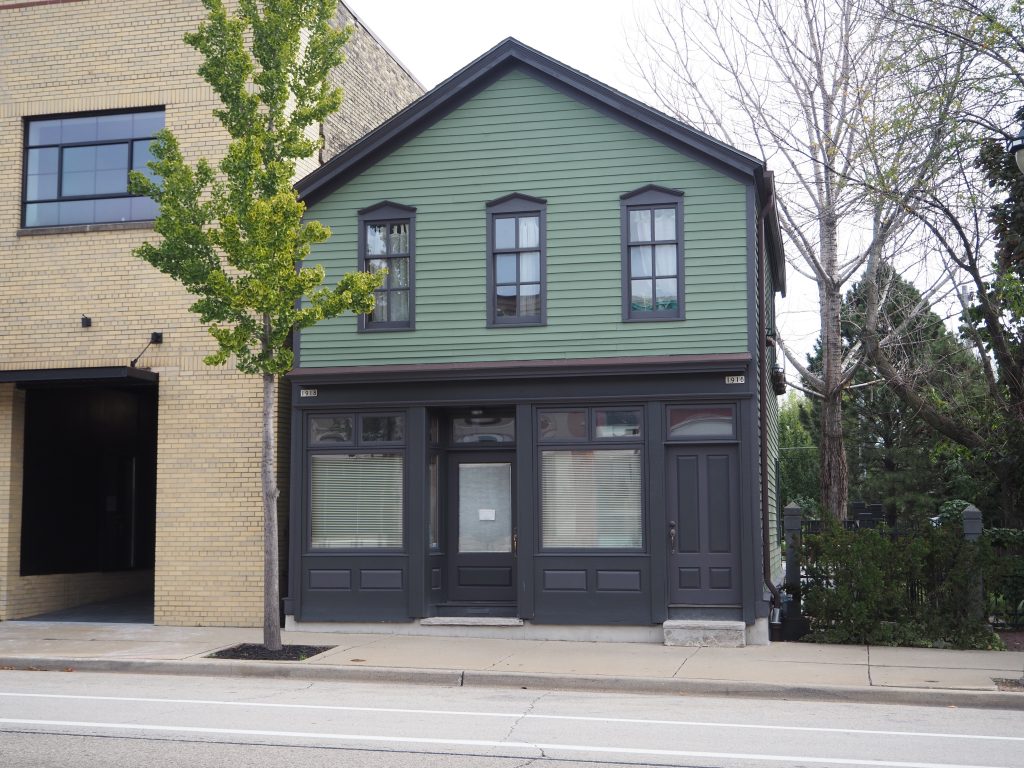 “1916 Black is simply a flex-space for a variety of private events, where the idea of community and belonging is elevated fully,” they wrote in their application for a special use permit to the Board of Zoning Appeals (BOZA). “Having a space available to local artists to sponsor education seminars, and to allow for pop-up creatives to come together is aligned with protecting public welfare and advancing our cultural needs to the next level.”

The business would be operated by Edwards Ingenuity LLC, which received a loan from the Greater Milwaukee Foundation‘s ThriveOn collaboration to support the venue’s development.

The total investment in the project would be $50,000 according to Edwards’ BOZA testimony. But that excludes the 2015 purchase of the building for $224,000.

The public-facing interior space is planned to be 502 square feet, with 205 square feet of back of the house space and two restrooms. Larger events could be accommodated with the approximately 2,400-square-foot outdoor space on the south side of the property.

Most of the parking for events would be accommodated by nearby street parking, but the couple reports having agreements in place with JCP Construction to use its parking lot for larger events. Four stalls at the rear of the 1916 property would be used by event staff and caterers.

Continuum Architects + Planners is leading the design work on the project.

Get a daily rundown of the top stories on Urban Milwaukee
The second floor would be maintained as is, and is listed as an apartment in assessment records. Edwards has operated her consulting business out of the building in recent years.

BOZA unanimously granted a 10-year special use permit to the business on Sept. 9. “Good luck to you Ms. Edwards,” said chair Roy B. Evans.

The building is located in a two-block stretch of King Drive that is seeing a wave of investment. It is immediately south of the African American Chamber of Commerce’s Legacy Co-Working and Innovation Space. To the north of the coworking space, the city is soliciting proposals to redevelop a vacant lot. Across the street, the city is selling a two-story building to an affiliate of Niche Book Bar. A block north, The Dohmen Company Foundation is redeveloping the former Fein Brothers building. 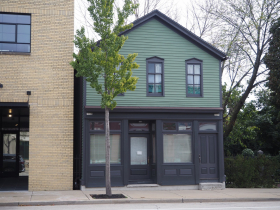 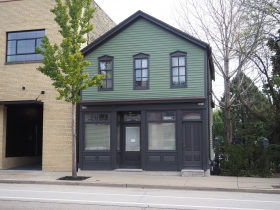 A partnership of Crestlight Capital and TPG Real Estate purchased the 32-acre campus in 2019 for $110 million and announced a rehabilitation plan in 2020. The partners are now nearly finished with what they consider a “first phase” redevelopment.

“One of our biggest goals is to create more connectivity throughout the campus,” said Crestlight CEO John Coury during a tour Thursday morning. “It really was five separate buildings.”

A Behind-The-Scenes Tour of Schlitz Park

The new owners of Schlitz Park showed off improvements to the 32-acre office campus on Thursday morning. We profiled that effort, which aims to better connect the five office buildings and highlight the brewery’s history, in a photo-rich column. But there were a few things we didn’t show you.

Did you know that much of the ornamentation from the now-demolished Schlitz Brew House is stored on the campus? Or that a large tunnel connects the former bottling buildings? And that there’s a centralized chiller system keeping the 775,000 square feet of office space cool?

Property general manager Sam Denny took Urban Milwaukee on a behind-the-scenes tour to highlight some of the lesser-known elements of the campus. He’s seen it all, though he still jokes he is relatively new to the job after starting in 1986.

In 2021, Wisconsin home sales have been ahead of the record sales in 2020. But will the market stay on a record pace for the rest of the year? That’s not clear yet.

There were 56,503 existing homes sold between January and August in Wisconsin, according to the latest report from the Wisconsin Realtors Association. That’s up 2.7 percent from sales of the same period last year.

Mueller Communications, a longtime public relations and communications firm, announced Monday that it would be moving from this venerable Lower East Side building at 1749 N. Prospect Ave. to new offices in Brewers Hill, as Urban Milwaukee reported.

The firm, established by H. Carl Mueller in 1985, is to occupy 8,200 square feet of rented space in the first floor of The Fortress, a former shoe factory located at 100 E. Pleasant St. The 1876 mansion, owned by a company controlled by Mueller, has been listed for sale with Michael Seramur of Ogden and Company for $1,495,000. According to the sales brochure:

Ofelia Mondragon’s “wake-up call” to the dangers of lead poisoning came in 2014, when her daughter had high lead levels at age 2.

After struggling to get the care her daughter needed, she recognized the importance of helping others and their families stay safe.

“I went through that personally, so I have a special touch,” said Mondragon, residential services project manager at the Social Development Commission.

Now, Mondragon works as a key contributor to the Lead Safe Homes Program, a program from the Wisconsin Department of Health Services that removes lead paint, dust and soil in residents’ home.

A former Catholic school could see new life as an apartment building, an event venue, an arts collective or a boutique hotel. It could also end up being a combination of those uses.

St. Peter St. Paul Parish and the Archdiocese of Milwaukee have sought to sell the school, 2480 N. Cramer St., for more than four years.

They’ve now found someone that is interested, but without a finalized plan on what to do with the four-level building.

“Our number one desire for this project is to save this building and find a way to reuse it,” said developer Aaron Matter. The Gothic Revival-style building was constructed in 1912 to the designs of Erhard Brielmaier & Sons.

Pushback from council members Robert Bauman and Milele A. Coggs on a proposed change in zoning for a two-story building at 1422 N. Vel R. Phillips Ave. will net the city approximately $10,000 per year.

Christ Church Milwaukee plans to purchase the 22,500-square-foot building, most recently an art gallery, and make it a permanent home for the church. As a result, the property would become tax exempt.

The church has agreed to make an annual “payment in lieu of taxes” (PILOT) for what would be the city share of its property tax bill. With an assessment of $1.05 million, that would be $10,731 under the city’s proposed 2022 tax rate.

Paddy’s Pub For Sale For Redevelopment

A total of 30 units of housing would be created or rehabilitated and 25 of the units would be set aside at below-market rates for individuals with less than 60% of the Milwaukee County median income through the low-income housing tax credit program. Allen secured the competitively-awarded credits from the Wisconsin Housing and Economic Development Authority in April. The rent maximums are set at 30 percent of the income threshold.

The Milwaukee Public Library has spent more than five years cycling through plans as it tried to develop a replacement for its Martin Luther King Library branch at 310 W. Locust St. That effort is now about to pay off.

A partnership of Emem Group and General Capital Group is moving forward with a proposal to develop 93 apartments and a new 17,000-square-foot library.

The proposal would create two new buildings and lead to the redevelopment of another. It would also result in a historic theater at the rear of the site being demolished, while a two-story commercial building and theater’s former lobby would be restored.

Mueller Communications Moving To The Fortress

One of Milwaukee’s largest public relations and communications firms is on the move.

Mueller Communications is relocating to The Fortress building, 100 E. Pleasant St., at the south end of Brewers Hill.

The firm, which reports having nearly 30 employees, will occupy 8,200 square feet in the base of the former shoe factory.