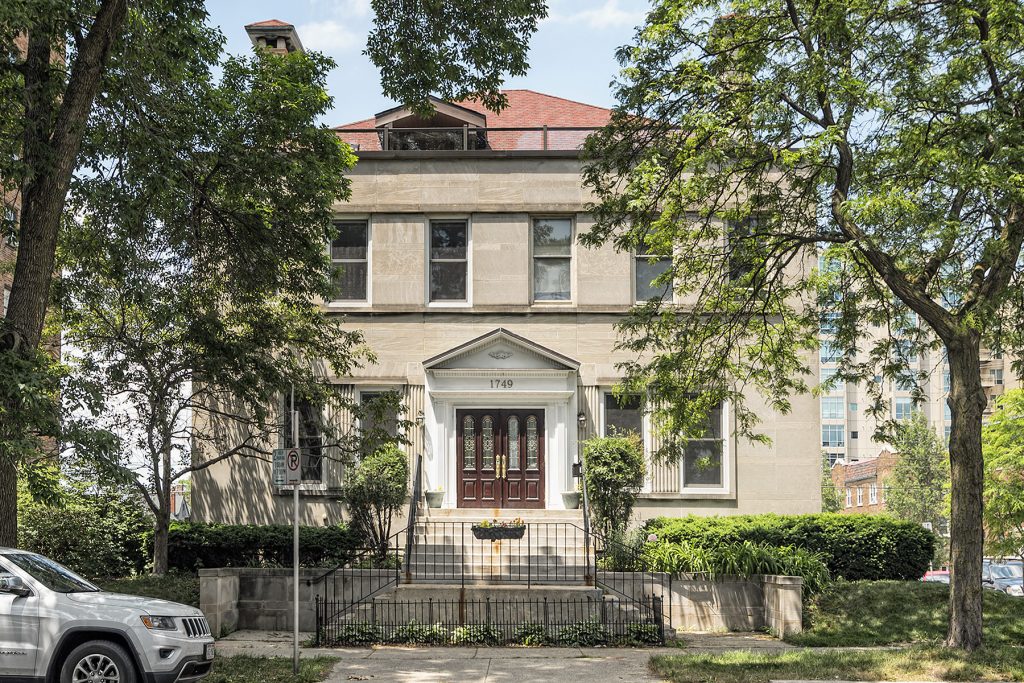 Mueller Communications, a longtime public relations and communications firm, announced Monday that it would be moving from this venerable Lower East Side building at 1749 N. Prospect Ave. to new offices in Brewers Hill, as my colleague Jeramey Jannene reported.

The firm, established by H. Carl Mueller in 1985, is to occupy 8,200 square feet of rented space in the first floor of The Fortress, a former shoe factory located at 100 E. Pleasant St. The 1876 mansion, owned by a company controlled by Mueller, has been listed for sale with Michael Seramur of Ogden and Company for $1,495,000. According to the sales brochure:

The building’s grey limestone-clad walls are its signature feature, covering the original 1876 structure, and dating to a 1904 renovation. A 1966 addition to the east carefully matched the materials and masonry work. It is one of the more austere of the grand mansions remaining on the street, and makes the neighboring Charles Allis Museum, clad in warm brown brick, seem homey in comparison. The building occupies the southwest corner of N. Prospect Ave. and E. Royall Pl., in the shadow of the looming towers of Saint John’s on the Lake. Across the alley to the west of the building is a vacant lot that Saint John’s planned to use for for parking, but which is expected to be developed at some point. That property remains fenced and unpaved after the building that had been there was razed. Renee Anderson, the CEO of Saint John’s tells me the organization has no interest in buying the 1749 N. Prospect Ave. building. “We are not considering purchasing the Mueller property. It’s on the historic register which presents a number of challenges,” she writes.

Just to the south on the same block is Zaffiro’s Pizza, a N. Farwell Ave. mainstay since 1954. The building is also near the pedestrian bridge at E. Brady St. that leads to the lakefront and its many delights. If your staff plans to commute to work by boat, the public McKinley Marina (for them) and the private Milwaukee Yacht Club (for you) offer safe harbor, right at your doorstep.

Was Built by Lumber Baron

The home was originally a frame structure built around 1876 as a residence for William H. Bradley (1838-1903), a lumber baron and founder, in 1886, of the city of Tomahawk where he spent most of his time, leaving his wife at home here. A native of Maine from a lumbering family, “Tomahawk Bill” invested in Wisconsin timber lands as early as 1860, and was to serve on the boards of the Chicago Milwaukee St Paul and Pacific railway, the Soo Line and the Marine National Exchange Bank. His enterprises included the Land, Log and Lumber Co., the Tomahawk Land & Boom Co., a bank in Tomahawk, a railroad, stores and lumber mills processing 50 million board feet per year. He was assisted by a younger secretary, Miss Marie Hannemeyer, who owned 2% of the Bradley Brothers bank stock. His brothers, Edward and James, operated the Milwaukee division of the lumber firm, located on Kinnickinnic Avenue, with offices on Milwaukee St.

In 1898, we find Mrs. W. H. Bradley at home here, where she served as the Honorary Corresponding Member of the National Anti-Vivisection Society. She was to remain in the residence until her death in November, 1902. The next month, Bradley, 64, returned to the home to live, accompanied by Miss Hannemeyer, 38, his secretary for the last two decades.

January 5th, 1903 was a big day for Bradley. He married Miss Hannemeyer, and drafted a new will. One third of his assets would be shared by his two brothers, the other third by his adopted son, William T. Bradley, and the final third by the new Mrs. William H. Bradley.

On January 7th, 1903, just two days after marrying his new wife Bradley died of cirrhosis of the liver in his bed in this home. He left an estate of $12 million.

Later Had Many Owners

The house was sold to John H. Frank, of the Goll & Frank wholesale firm located in the Third Ward, where a ghost sign reading “Goll & Frank Co., Wholesale Distributors, Notions and Furnishings” remains visible on the north wall of the Renaissance Building, 333 N. Water St., although a new 32-story tower by the Hines Co. will greatly if not completely obscure it when built. Frank, who was also president of the Wisconsin Conservatory of Music, got to work on the property, stripping off the 1891 brick veneer and replacing it with the current limestone facing in 1904, as well as making other improvements. Herbert Frank, who resided here, was a dog fancier. His hound Blackhawk Togo was whelped on December 3rd, 1905, and entered in the American Kennel Club Stud Book of 1907.

]The building, no longer a residence, next served as the Milwaukee Institute of Music in the 1920s, followed by the Modern Orchestral Studios Music School in the 1930s. It was then home to an insurance agency. From 1944 through the 1960s it was Lakeside Hospital, an Osteopathic institution, which altered the floor plans and built the front addition, sensitively clad in the same stone. Although many Prospect Avenue mansions became nursing homes, this was the only one to become a hospital. Lakeview sold the property in February 1966 to William and Fani Kesselman, who sold half of their interest to the Marilyn Zilber Trust the next day. By 1972 the building was owned by Unicare Health, and then became the offices of Kloppenburg, Switzer and Teich, a public relations firm. In 1994 KST sold it, and it served as the offices for the Cunningham & Lyons law firm until 2005, when the current occupants bought the building and moved in.

Seramur, the listing agent, is an old friend of Mueller, he says. The veteran broker has been in the business for 40 years. “This is the third time I have listed this building,” he says, including Mueller’s 2005 purchase. “It is a very special property that could become a very special home to a corporate user, law firm or be converted into residential units.” 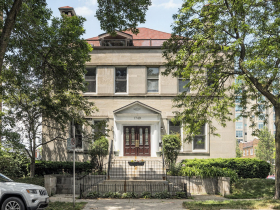 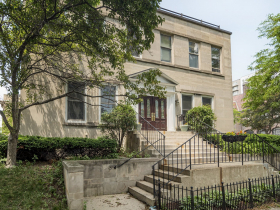 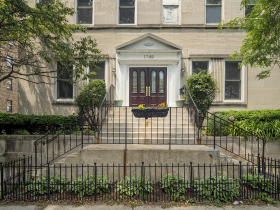 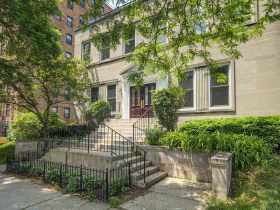 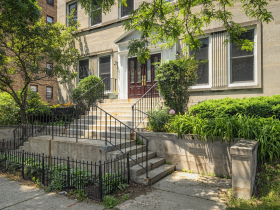 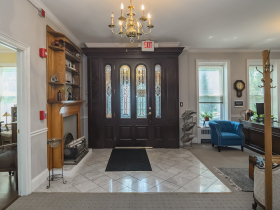 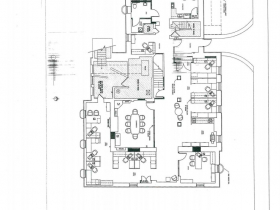 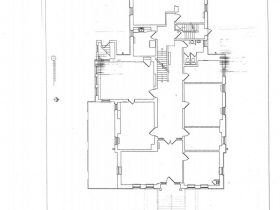 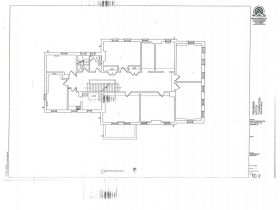 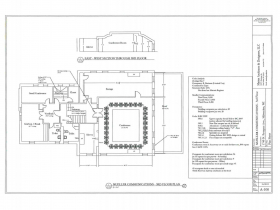 How Milwaukee Is It? The property is about 1.4 miles northeast of City Hall