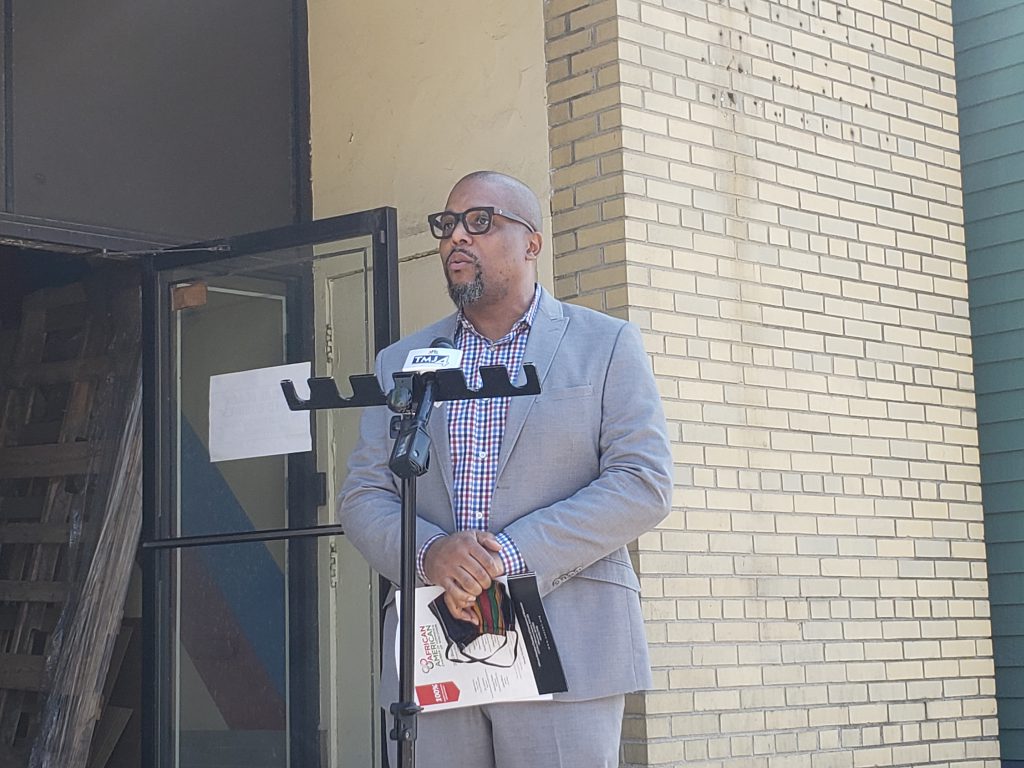 The Wisconsin Economic Development Corporation (WEDC) has joined the African American Chamber of Commerce of Wisconsin (AACCW) in an effort to develop a business incubator for Black entrepreneurs in the Bronzeville Neighborhood with a $144,400 Community Development Investment Grant.

The Chris Abele Legacy Co-Working and Innovation Space, as it’s called — thanks to a $300,000 donation from the former county executive — is being built out in a two-story, 4,000 square-foot vacant building at 1920 N. Martin Luther King Jr. Dr. The incubator will have 1,200 square feet of co-working space and private offices for lease, and an 800 square-foot shared commercial kitchen for local entrepreneurs. And it will house the AACCW’s new offices. 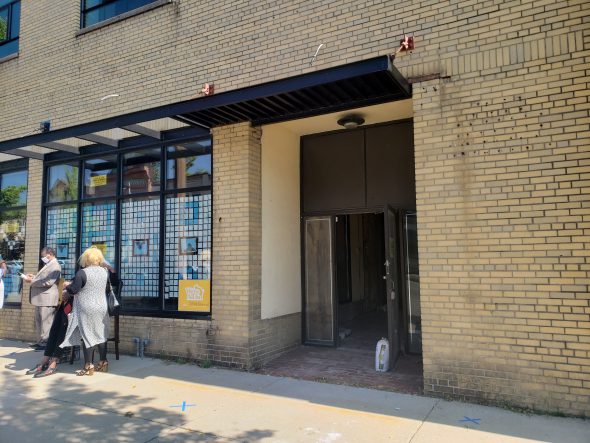 At a press conference Friday, Missy Hughes, secretary and CEO of WEDC, said the grant will go to the county to help renovate the old space and turn it into a workable office. “We’re thrilled to have the local effort here, the city and the state working together on behalf of this neighborhood and on behalf of the African American Chamber of Commerce,” said Hughes.

The AACCW had signed a 20-year lease for the building, which used to be a storage unit for a refrigeration company. Along with the incubator and private office space, there are plans for a bakery, a coffee shop and retail space.

Ossie Kendrix, AACCW president and CEO, said that the Innovation Space will work with the Health Department to maintain a safe workspace depending on the state of the pandemic. The private offices and kitchen will open first, and the co-working space will open last after being cleared by the department.

The new incubator will be in the Historic King Drive Business Improvement District where it will be surrounded by the BID’s many Black-owned businesses.

“Despite being the economic engine of the state, Milwaukee County has a wealth of untapped entrepreneurial talent in historically underserved communities,” County Executive David Crowley said in a statement. “I’m thrilled to see WEDC and the African American Chamber partnering to help reverse this trend by investing in local entrepreneurs and making available the resources they need to be successful.”

“I’m optimistic that vacant storefronts along King Drive will begin to fill,” Kendrix said. “New entrepreneurs and some existing ones will come back and begin to flourish.”