Pushback from council members Robert Bauman and Milele A. Coggs on a proposed change in zoning for a two-story building at 1422 N. Vel R. Phillips Ave. will net the city approximately $10,000 per year.

Christ Church Milwaukee plans to purchase the 22,500-square-foot building, most recently an art gallery, and make it a permanent home for the church. As a result, the property would become tax exempt.

The church has agreed to make an annual “payment in lieu of taxes” (PILOT) for what would be the city share of its property tax bill. With an assessment of $1.05 million, that would be $10,731 under the city’s proposed 2022 tax rate.

The Department of City Development originally presented the zoning change, from “industrial – light” to “industrial – mixed” in July without the PILOT payment component.

“The city is comfortable with that arrangement for an area that has seen significant development?” asked Bauman. “I have a problem with this file as a result of that.”

A DCD representative said the department supported the zoning change based on its regular approval of such a change for properties in that area and other neighborhoods where industry is giving way to commercial and residential uses.

“In general I don’t disagree with the city plan for the Haymarket area,” said Coggs, who represents the area just north of Westown. “Solely on the issue of zoning I don’t have objections to the zoning being changed. Whether or not a church is the best usage for it is a whole other issue for me.”

“We have not been in touch with the assessor’s office at all in regards to a tax exemption or a PILOT payment,” said church representative Leia Wyatt.

Get a daily rundown of the top stories on Urban Milwaukee
But Wyatt and pastor Jon Talley said they were aware of another church, City Reformed Church at 1661 N. Farwell Ave., that they said participated in the PILOT program. “It’s not been unprecedented,” said Tally.

The church’s primary use of the building will be for worship service on Sunday, but it also hopes to make the space available for area organizations.  “We are a church that’s about seven years old and we have been somewhat nomadic in our first few years,” said Tally in June to the City Plan Commission. “Our hope is to really serve the city of Milwaukee well. It’s part of our mission statement.”

The committee voted to hold the matter.

On Sept. 14, the church was back before the committee with a signed PILOT agreement.

“I appreciate the church’s willingness to engage with the city about the PILOT program,” said Coggs. She said she hoped more institutions would follow their example.

The committee unanimously endorsed the agreement. The full council followed suit on Tuesday.

The PILOT program requires participants to only pay what would be the city share of the property tax bill, approximately one third of an average bill.

Built in 1916, the building was most recently home to RedLine, an art gallery and studio space. The gallery opened in the building in 2009 and closed in 2019. Created by Steve Vande Zande and Lori Bauman (no relation to the alderman), the nonprofit served as an incubator for Milwaukee’s arts community.

The property was purchased in an Internal Revenue Service auction by Milwaukee bar and restaurant owner R.C. Schmidt in 1987 for $87,000 and sold to a limited liability company connected to Lori Bauman in 2008 for $480,000. RedLine engaged in a substantial redevelopment of the property prior to opening.

The church is an affiliate of the Presbyterian Church in America. For more on its plans, see our coverage of the June hearing before the City Plan Commission.

Most recently the church used leased space at 1451 Renaissance Place in the Lower East Side neighborhood. 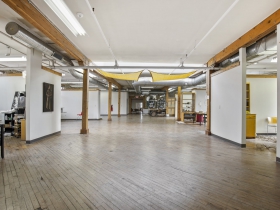 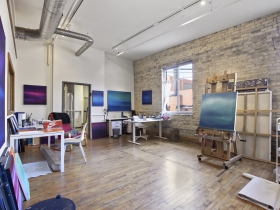 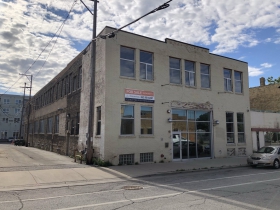 3 thoughts on “Eyes on Milwaukee: Church Forgoes Tax Exemption To Get New Building”