Railroad Expansion in the Harbor District

Komatsu Mining would construct a RR spur that crosses E. Greenfield Ave. to serve its plant. 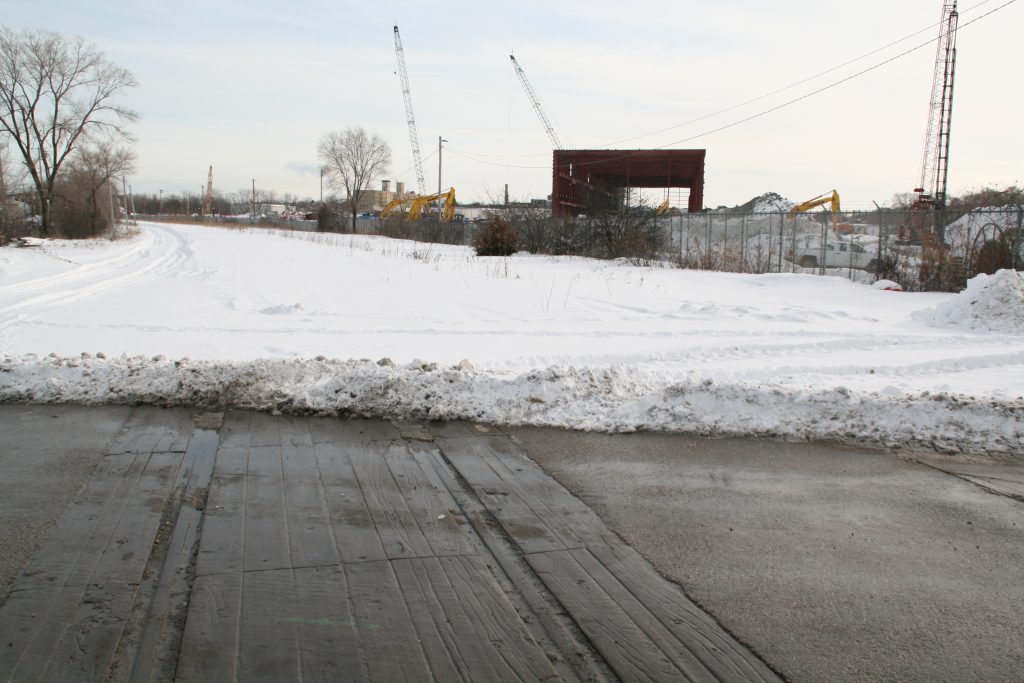 A railroad spur will run from E. Greenfield Ave. and the snow-covered tracks to the Komatsu plant (under construction in the background). Photo by Jeramey Jannene.

For many decades Milwaukee has seen a steady decline in the number of railroad lines within its boundaries. A trend towards trucking and the suburbanization of manufacturing has resulted in the abandonment and, ultimately, removal of a number of spurs and street crossings.

But a large industrial project in the Harbor District has the Common Council in an unusual position. A manufacturer wants to add, not remove, a spur and that means the council will need to approve a new street crossing.

Komatsu Mining, which is building what city and company officials call the largest urban manufacturing campus in the country, is proposing to construct a spur that crosses E. Greenfield Ave. to serve its South Harbor Campus plant.

The spur would parallel the existing street crossing for the seldom-used Union Pacific line and, south of the street, split into two tracks that go directly into Komatsu’s new 430,000-square-foot factory. Each truck would be capable of storing four rail cars according to an operating plan.

The manufacturing conglomerate would pay all costs associated with a new street-crossing signal. A westward plant expansion could also trigger the construction of a second spur.

The existing Union Pacific line bisects the 59-acre site. The manufacturing plant will be located on the west portion. A three-story, 176,000-square-foot office building and parking structure will be located on the east. A skywalk will cross the railroad tracks to connect the three structures. Hunzinger Construction is leading the construction of the $285 million project.

The Union Pacific line, built by the Chicago & North Western Railway, once featured dozens of passengers and freight trains per day and cut through the Historic Third Ward to serve the Lake Front Depot.

Get a daily rundown of the top stories on Urban Milwaukee
Starting with train station’s demise, the line has been cut back. The segment north of the former lakefront station is now the Oak Leaf Trail.

The southern segment through the Third Ward has been parceled out to new owners. The Milwaukee Ballet found buried relics of the Third Ward railyard when it built its new dance center. An office building is planned atop another portion just to the south. The northern swing bridge landing became Trestle Park and the adjacent interlocking tower became a residence.

In Walker’s Point, V. Marchese Inc. recently bought a disused spur to expand its parking lot as part of a bigger expansion plan. The track reconfiguration to accommodate Komatsu would completely sever the link to that spur.

At least two customers remain north of Komatsu: Alter Trading‘s (Miller Compressing Company) waterfront scrapyard at 900-954 S. Water St. and the tank yard owned by Construction Resources Management at 301 E. Washington St. Each, like Komatsu will need to be, is serviced by a switchback track layout. The setup is a legacy of an era when tracks crisscrossed streets in virtually every direction in the neighborhood.

Dozens of freight and passenger trains continue to rumble through Walker’s Point each day, but on the Canadian Pacific line that forms the western border of Komatsu’s site.

The Canadian Pacific and Union Pacific companies once had their tracks connect just north of Greenfield Ave., but now they come within a couple feet of each other without touching. A proposed private commuter rail system, for which the city reserved land on the north side of E. Greenfield Ave. as part of the Komatsu deal, could change that, but it has not moved forward publicly since 2018. The plan submitted to the city shows how such a connection would lay out, with or without a commuter rail station.

South Harbor Campus marks a return to the neighborhood for P&H, later known as Harnischfeger, which was founded over 136 years ago. The company made cranes, and later, mining shovels. P&H, owned by Komatsu since 2016, had spent the past 100 years just outside city limits in suburban West Milwaukee at 4400 W. National Ave.

As we reported on February 7th, one of the last remnants of its original campus is proposed for redevelopment.

The Public Works Committee will consider the crossing request, a perfunctory move to pass it along to the state Commissioner of Railroads, at its February 18th meeting. 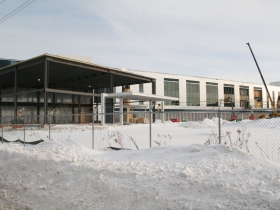 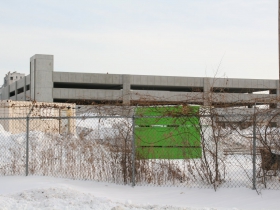 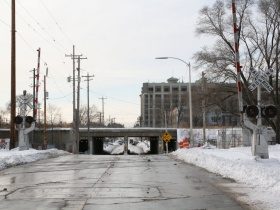 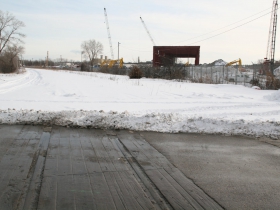 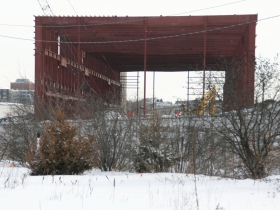 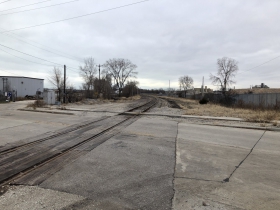 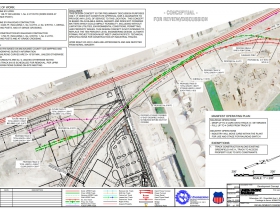