But citywide deconstruction requirement will again be suspended until March 2022. 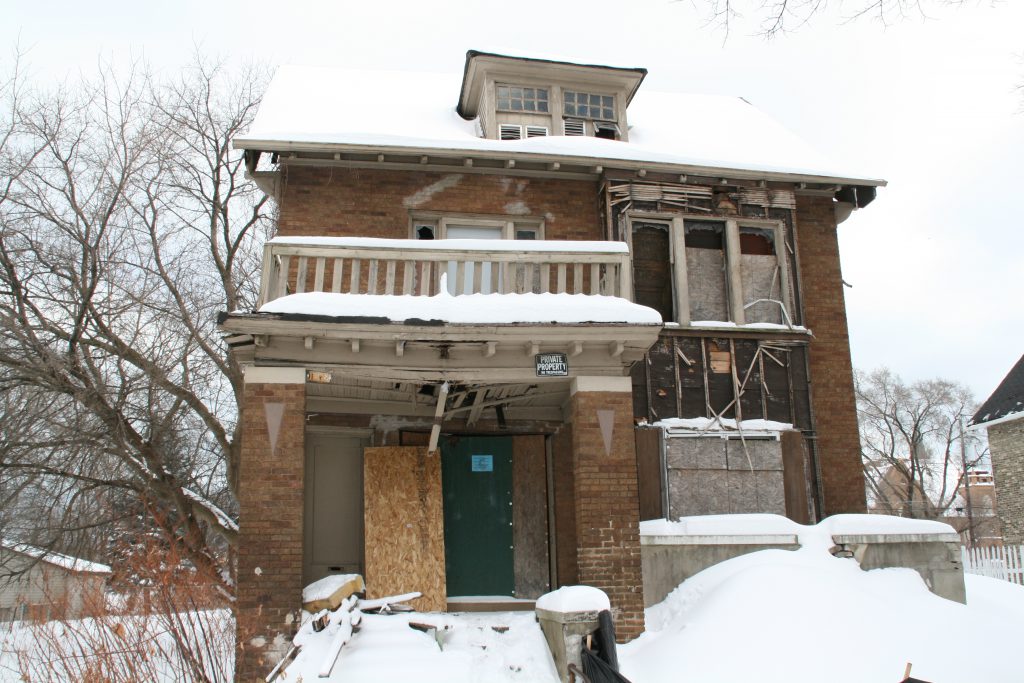 After years of false starts, a new contractor is advancing a city program designed to create jobs and protect the environment. Since November, White Glove Group deconstructed, not demolished, five dilapidated, city-owned homes and is working on a sixth.

The Department of Neighborhood Services expects the firm to complete the remaining four in its initial contract in the coming weeks.

But problems still remain. For the third year in a row, the Common Council will suspend a 2018 citywide requirement that houses built before 1930 must be deconstructed, whether publicly or privately razed, and not demolished. The suspension will be in effect until March 1st, 2022.

The deconstruction concept is simple, at least in theory. Instead of mechanically smashing old buildings and sending the materials to a landfill, the structures should be dissembled by entry-level workers and the salvageable materials, notably old-growth lumber, sold to contractors and home-improvement stores. The revenue from the materials would offset the cost of the increased amount of labor, with jobs being created in the process.

But the city has been unable to create the marketplace to make the idea viable. It’s also struggled to find contractors that can do the work and meet city hiring requirements.

The 2018 deconstruction requirement on all property owners wasn’t viable because of high bids, so the city suspended the ordinance and sought to use a $1.2 million allocation to develop contractor capacity by demolishing 50 of its own houses acquired via property tax foreclosure.

Spencer Renovation & Construction spent much of 2019 “shuffling paper,” but then work started to great fanfare in November 2019. Shortly thereafter, the company effectively disappeared. By March 2020 the city was moving to fire Spencer.

White Glove stepped in last fall after a new request for proposals was issued. The African-American-owned company, founded in 2002, is led by London Thomas.

“They were pretty upfront in that they didn’t have a lot of background in moving the materials and their primary focus initially would be employment in the [Residents Preference Program] capacity,” said DNS supervisor Chris Kraco on Tuesday during a meeting of the Zoning, Neighborhoods & Development Committee.

“It’s actually somewhat concerning because a big piece of the economic equation is converting the salvaged materials into revenue,” said Alderman Robert Bauman, the program’s biggest champion. “Here’s this company with this big stockpile, but nobody knows about it.”

But Kraco said the company is doing well meeting city contract requirements that others have struggled with. The ordinance requires a contractor on a city-owned deconstruction job to use a certified, disadvantaged Small Business Enterprise, which White Glove itself is, and hire unemployed or underemployed city residents through the Residents Preference Program (RPP). The DNS supervisor said approximately 60% of project work hours on White Glove’s jobs were completed by RPP-eligible workers.

Bauman asked why Kenosha-based Recyclean isn’t working on the program. The company has performed a number of private deconstruction jobs in the city. “They had submitted for the last round of proposals, but they were nonresponsive on the RPP and SBE requirements,” said Kraco.

“The fact that they didn’t comply with our SBE requirements is kind of absurd actually,” said Bauman. “If our ordinance is an obstacle, let’s amend the ordinance so that an organization like Northcott would qualify.”

Bauman said he’s had discussions about creating a physical marketplace with Bliffert Lumber. He said the local hardware store chain said it would need a steady stream of materials.

Calling it a chicken-and-egg problem, Bauman advocated the city explore how to go all in to create the material stream. He committed to amending the ordinance to remove barriers to groups qualifying.

“We would be creating an industry overnight rather than this piecemeal approach, but until we go all in I’m not sure we’re ever going to have the capacity,” said Bauman.

“You raised exactly the points that I think about as well,” said DNS Commissioner Erica Roberts. She said the city simply needs more companies capable of doing the work. “It’s sort of a difficult egg to crack.”

Kraco said the cost to mechanically demolish a house is currently $15,700. White Glove’s 10-home contract has an average cost of $27,000 per house.

Coggs and Ald. Jose G. Perez called on DNS to reactivate its workshops to identify, train and build capacity. Perez ticked off a list of groups in his district that he thought would be good participants, including Community Warehouse. Northcott is located in Coggs’ district.

Ald. Russell W. Stamper, II was the last committee member to speak and as he has at multiple recent committee meetings, began asking questions about issues that had already been addressed.

He gave a speech about not wanting to lower SBE and RPP standards, then asked Perez, the chair, what the resolution was about. Perez informed him the resolution would suspend the citywide requirement and that the discussion was about modifying the requirements so more organizations qualify as eligible contractors. Stamper asked to be added as a co-sponsor.

The committee unanimously endorsed the citywide moratorium for another year. The full council is expected to vote on whether to suspend the requirement on February 9th.

As of December 31st, there are 384 structures subject to raze orders. Just over half the list, 195, are city owned properties. One has an emergency designation and 25 are labeled “high priority.” Some properties have spent up to five years with an open condemnation order before being razed. And not all will ultimately be demolished: some houses end up being rehabbed and at least one larger building became high-end apartments.