Or was that chocolate ice cream? Talk Radio host Vickie McKenna is miffed. 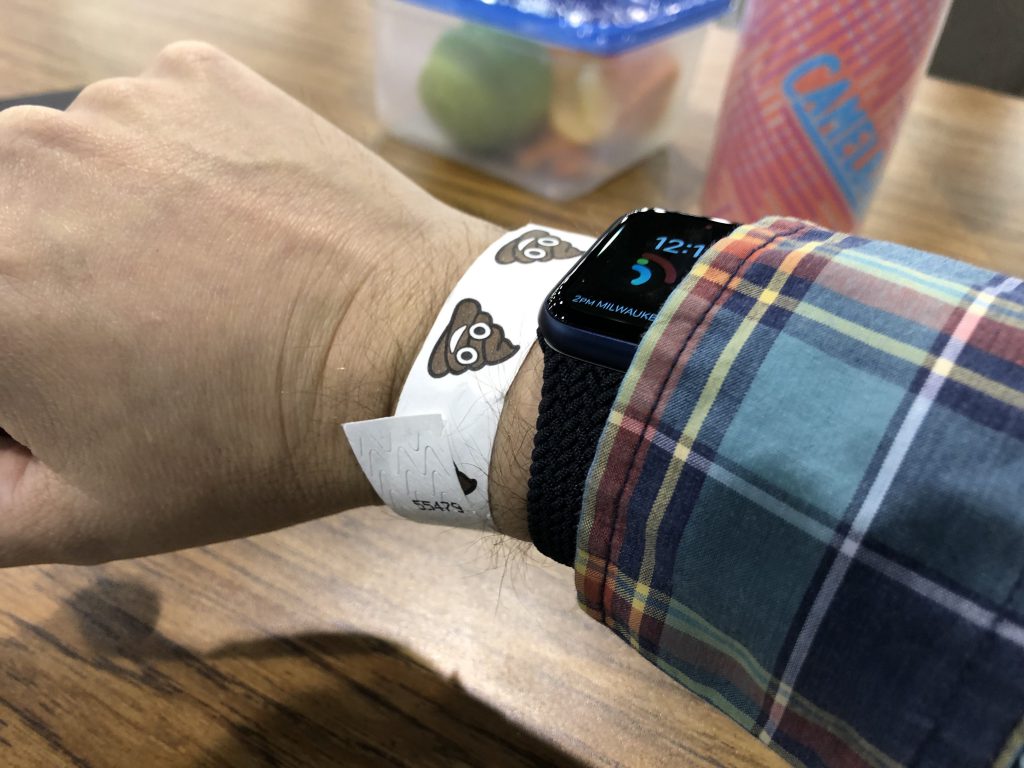 Acrimony with Milwaukee County’s presidential recount started at the door on Tuesday morning.

All attendees have to go through a temperature check as they enter the Wisconsin Center, 400 W. Wisconsin Ave., and upon passing are given a paper wristband.

Provided by the venue owner, the Wisconsin Center District, the wristbands have differed each day including two that said VIP in different colors and others with flag themes.

Tuesday’s was the smiling poop emoji.

“Do these people NOT take elections seriously? [Wisconsin Elections Commission], please tell me why this is acceptable?” tweeted McKenna, sharing a photo from a Trump observer.

“I always thought it was chocolate ice cream personally,” said Milwaukee County Clerk George Christenson in his press briefing. He said the process is managed entirely by the convention center district.

“They are probably just pulling what they have in stock,” said Christenson. “It’s a non-issue, everybody got one.” The convention center, with exception of a drastically downscaled Democratic National Convention, has been effectively vacant since March.

The wristband given out on Thursday during a media briefing of the recount had purple shapes. For a purple state?

The recount, scheduled to be completed before the December 1st deadline, is in its fifth day on Tuesday. Christenson said he thought it would be completed over the weekend, with approximately 45% of ballots already counted.

The City of Milwaukee found 386 sealed, but uncounted ballots Tuesday morning from a ward that Urban Milwaukee had previously identified as having a suspiciously low turnout.