All ballots from Ward 315 which Urban Milwaukee reported had shown a big drop in turnout. 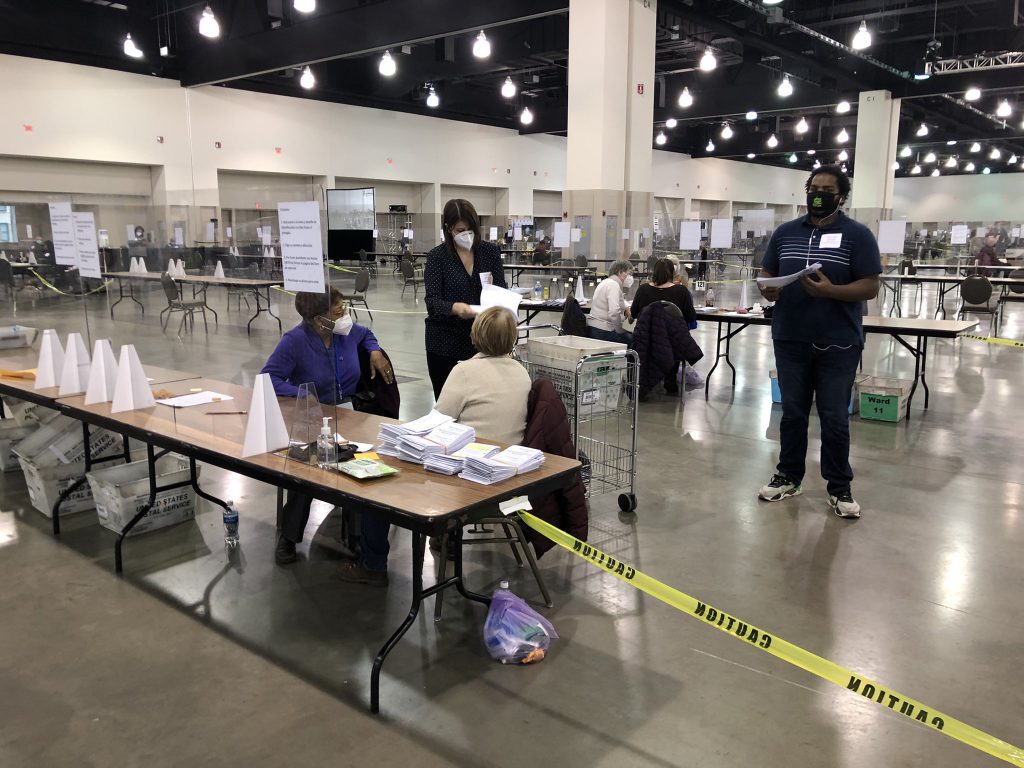 At the bottom of a box for Ward 315, located on the city’s Far South Side, city recount workers uncovered 386 sealed ballots.

City election director Claire Woodall-Vogg presented the absentee envelopes, with ballots inside, to the county commission and attributed the issue to worker error. She told the media that two first-time workers were responsible for counting the ward at the city’s central count facility on election day.

“It seems like it was human error on election day,” said Woodall-Vogg. “Knowing how thorough we are at central count, I have no doubt that they brought these ballots up to the table saying they were complete” and didn’t “indicate to anyone that half the ward was missing.”

The commission, made up of two Democrats and one Republican, voted unanimously to accept the ballots.

“If there is one positive coming out of the recount it’s that every vote is indeed being counted,” she said.

In its post-election coverage, Urban Milwaukee reported that the ward had the city’s fourth-largest turnout drop compared to 2016 and the greatest drop for a ward not on a college campus.

“A total of 261 fewer voters showed up, a 23% drop. No explanation immediately presents itself,” Urban Milwaukee in its November 5th story. Now the answer presents itself.

“I did have that ward on my list to investigate further,” said Woodall-Vogg, but she said the timing of the city canvass and now the recount prevented her for completing that. She said the ballots were all logged as received, but never counted.

Get a daily rundown of the top stories on Urban Milwaukee
The ballots are not the only ones to be added to the city total. Seventy-three ballots rejected on election day because they lacked a sufficient witness signature were accepted by the commission. The commission voted to accept them given that the absentee ballots were cast in-person and a city poll worker was the responsible witness. The city and suburbs have added a handful of other ballots to their counts, including single sealed envelopes found stuck to others, while other ballots have been struck.

Joe Biden currently leads Donald Trump in the ward with the uncounted ballots by 466 to 436. The city’s absentee ballots went overwhelmingly for Biden, but Woodall-Vogg said these ballots could improve Trump’s total.

“I don’t think it was anything malicious,” said Woodall-Vogg.

The recount process is scheduled to conclude in advance of the December 1st deadline according to Milwaukee County Clerk George L. Christenson.

Biden led Trump by 20,608 votes across Wisconsin and 182,913 votes in Milwaukee County in advance of the recount. A 2016 statewide recount changed the presidential results by just 131 votes.