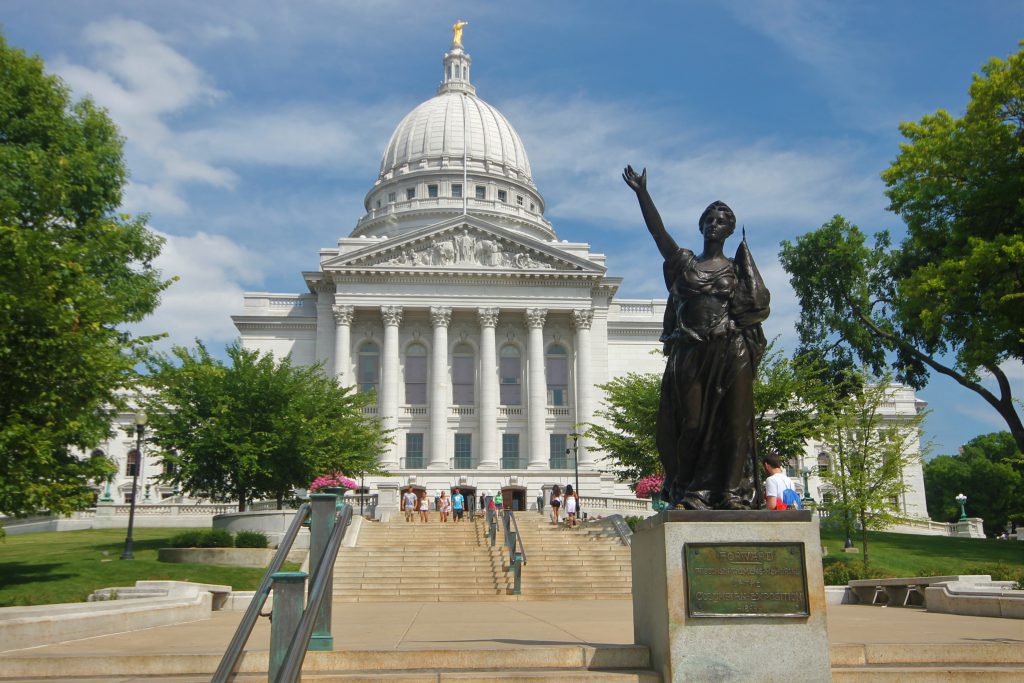 The commission even needed to debate the rules of allowing the public to comment. And after listening to an hour of virtual community testimony from clerks, politicians, poll workers and observers from across the state, the six-member body got out the long knives. The Republicans attempted to shut down the meeting and called for the Democratic chair to resign.

The body is chaired by Ann Jacobs, a Milwaukee attorney. The commission is made up of three Democrats and three Republicans, an explicitly partisan makeup that frequently results in deadlocked votes. Jacobs, on Monday, used her authority as chair to confirm the canvas of the presidential election results following the recount. She then forwarded the certification to Governor Tony Evers to certify the result and assign the Electoral College electors. The procedural move allowed the Donald Trump campaign to file a lawsuit Tuesday morning challenging the results.

But Jacobs’ move didn’t please her Republican peers. “I’ve lost all confidence in you as the chair,” said Republican commissioner and former state legislator Dean Knudson. He said she had destroyed the bipartisan nature of the commission. “Until this gets resolved, the commission should take no further action on today’s agenda.” He said Jacobs should have waited so the other commissioners could weigh in and accused her of conducting a “dog and pony show” in her brief video broadcast in which she signed the paperwork and made a statement.

Robert Spindell, a fellow Republican and frequent Jacobs sparring partner, seconded the motion to table the day’s agenda. It failed on a party-line vote.

Get a daily rundown of the top stories on Urban Milwaukee
“I am not withdrawing as chair. What I did was not illegal. You are misinformed about what took place and are incorrect,” said Jacobs to Knudson. “You can shake your head, but you got to spout off and now’s my turn.”

Spindell said the certification was “apparently a Democratic publicity ploy to rush the certification.” He also criticized the commission staff for sending him emails only the day before a meeting, saying it was being done to keep the commission in the dark and pushed for a longer lead time, which drew a sharp rebuke from Jacobs. She noted that much of the information wasn’t available until just before the emails were sent and that commission staff are explicitly non-partisan and shouldn’t be attacked.

Spindell shot back: “You have not only set a standard of mistrust with all your Republican commissioners, we cannot count on you to do what you say you will do.”

Attorney Mark Thomsen, a Democratic appointee, said Spindell could read his emails the night before if he wanted. He said Spindell’s line of reasoning would result in the commission unable to hold emergency meetings that it sometimes must to resolve election results.

Thomsen said when he was chair in 2016 he acted in the same way Jacobs had, and didn’t engender criticism for certifying Trump the winner. “The only thing I see that’s different is Ann Jacobs is a woman and I’m a white guy,” Thomsen said.

The commission was created by Governor Scott Walker and the Republican-controlled Legislature in 2015 to replace the Government Accountability Board. The new format has resulted in a number of 3-3 votes that punt issues to courts, often after hours of acrimonious debate.

One thing the commission does appear to agree on is that there was not widespread fraud with Wisconsin’s most recent election. “Overall our election equipment operated with great accuracy,” said Knudson, discussing an audit of results from reporting units. “I have yet to see a credible claim of fraudulent activity during this election. The Trump campaign has not made any claims of fraud in Wisconsin.” Though Trump himself has claimed fraud occurred in Milwaukee, his campaign chooses to talk about illegal votes.

Jacobs ultimately moved to certify the election results of the remaining races, less the previously certified presidential race. Knudson objected. He took issue with the public notice that said the chair would issue the certificates, not the commission, and said it went against state law.

“If somebody getting elected objects, they can file a lawsuit,” Thomsen said. “People want to get on with their lives.”

The commission voted 5-1, with Spindell in objection, to approve the ballot design for the 2021 spring election.