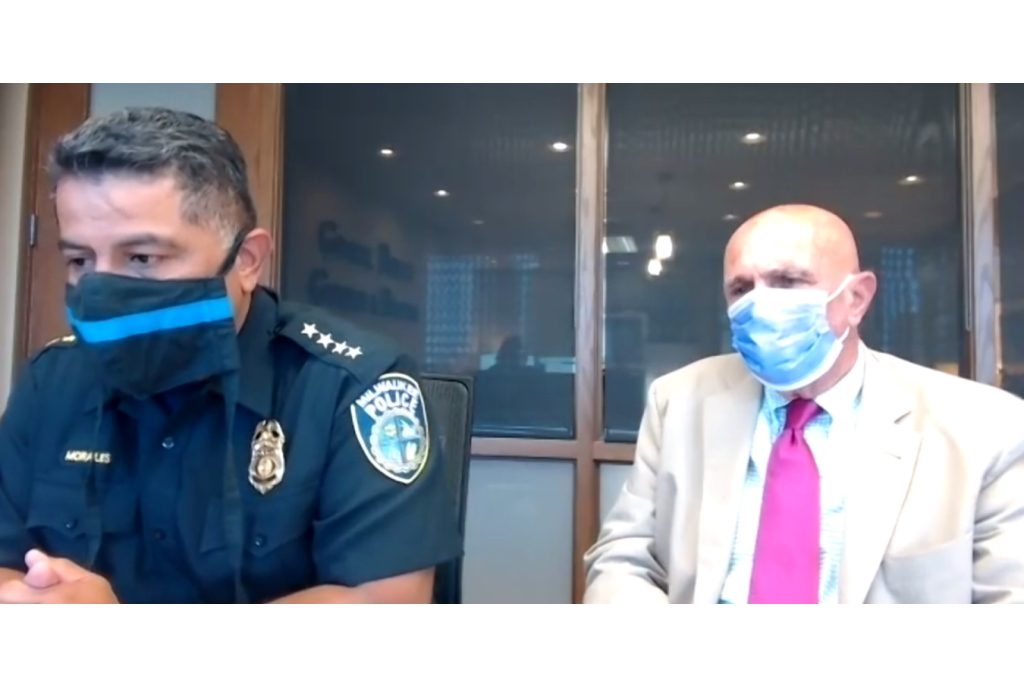 Milwaukee Police Chief Alfonso Morales has been demoted to captain, his rank before becoming chief.

The Fire & Police Commission voted unanimously to make the move after many members expressed their disappointment in Morales. The commission had given the chief 11 directives to Morales on July 20th.

‘”His conduct is unbecoming, filled with ethical lapses and flawed decisions,” said commissioner Raymond Robakowski, the lone former police officer on the seven-member commission. “Mr. Morales has failed the men and women of the Milwaukee Police Department, the people of the City of Milwaukee and he has misled me and none of this is acceptable.”

Robakowski provided the second vote to call a meeting to appoint Morales to a full four-year term in December 2019.

“I would have never seconded the meeting for his reappointment to be taken up and I would never cast my vote in support,” said Robakowski of what he has learned since. “He repeatedly lied to me and the commission about the videotape leak.”

The video, which shows commission chair Steven M. DeVougas with a client during an investigation before the police department, benefitted Morales and his pending appointment when it was leaked and led to calls for DeVougas to resign.

Morales, through his attorney Frank Gimbel, did not rule out suing the city if he was fired or demoted during a press appearance earlier this week. Gimbel said he believed his client was being “set up to fail.”

The commissioners did not cite specific directives that the chief failed to comply with. Morales previously said he would comply with all of the directives and that he had already released many of the records requested by the commission.

But commissioner Nelson Soler, who was elected chair later in the meeting, singled out the conditions, including a six-month performance review, that were placed on Morales’ appointment.

A letter issued by the Milwaukee Police Department on Wednesday night said the conditions were non-binding, citing an oral City Attorney opinion.

“Except for maybe one of them [the tear gas ban], they were all things you said you would do in your first 100 days and beyond,” said commissioner Ann Wilson. “I am kind of sort of disappointed you didn’t because you have a wonderful story.”

“I am disappointed as well,” said commissioner Everett Cocroft, a former firefighter.

Robakowski’s list of frustrations with Morales included his handling of the COVID-19 pandemic. “He called the outbreak at district five of 30 officers a small outbreak,” said Robakowski. He also said that Morales took credit for spending $43,000 to clean the police academy after 12 individuals tested positive. “What the chief and his command staff failed to tell the commission was the federal government paid for it.”

One of the 11 directives was to develop a COVID-19 policy within the department. Another directive included records releases regarding a number of cases, including the tasing of Milwaukee Bucks guard Sterling Brown. The friction between DeVougas and Morales has been attributed to the fallout from that incident.

Other directives included instructions to implement a ban on the use of tear gas and “large volumes” of pepper spray, to partner with local organizations and the commission on community-oriented policing strategies, to produce and implement a discipline matrix, to appear at all FPC full board and committee meetings “unless unavailable” and written notice submitted 24-hours in advance, to copy the executive director on all communications with the commission and to comply with all commission records requests regardless of the status of an investigation. 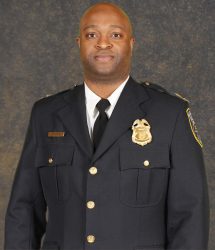 Michael Brunson. Photo from the City of Milwaukee.

The commission voted to appoint assistant chief Michael Brunson as acting chief on a unanimous vote. The commission took special care to establish Brunson as only “acting” chief and plans to meet in the coming weeks to chart a path forward on finding a permanent replacement.

Morales became interim chief following the retirement of chief Edward A. Flynn in 2018 and served out the remainder of his term.

A national search for a new chief was never conducted. But Brunson, a 25-year department veteran, was a finalist alongside Morales and another department veteran. He has recently faced criticism from the Common Council for the department’s use of tear gas and rubber bullets on protesters.

The now-former chief has worked for the Milwaukee Police Department since 1993. Before becoming chief, Morales served as captain of district two on the city’s south side.

The demotion of Morales doesn’t end the challenges facing the police department and commission.

DeVougas still faces an investigation from the city’s ethics board related to his conduct and a potential conflict of interest. Mayor Tom Barrett, who has called for DeVougas to resign, must appoint a replacement for FPC executive director Griselda Aldrete who withdrew before the council could vote on her reappointment and the commission has a number of staffing vacancies. The commissioners must complete the investigation and preside over the possible termination of officer Michael Mattioli who also faces homicide charges for the killing of Joel Acevedo.

With protesters in the streets for nearly 70 days, a budget model on what a 10 percent reallocation of resources towards public health and away from the police department is now overdue on its delivery to the Common Council. The council is next scheduled to meet in September and will shortly thereafter begin its budget deliberations.

MPD, the FPC and city must also continue work to comply with the American Civil Liberties Union settlement from 2018.

In a press briefing following the decision, Barrett said what the commission did was “not good government.” Barrett has the authority to overrule directives, but said he was okay with them. “I thought [Morales] would be given the opportunity to respond to those directives,” said the mayor. “At the same time, I understand some of the frustration, because rather than respond to some of the directives he spent two weeks on a [public relations] campaign.”