Marchers Show Up Despite The Rain

Tropical storm doesn't stop three marches across the city, one with only cars. 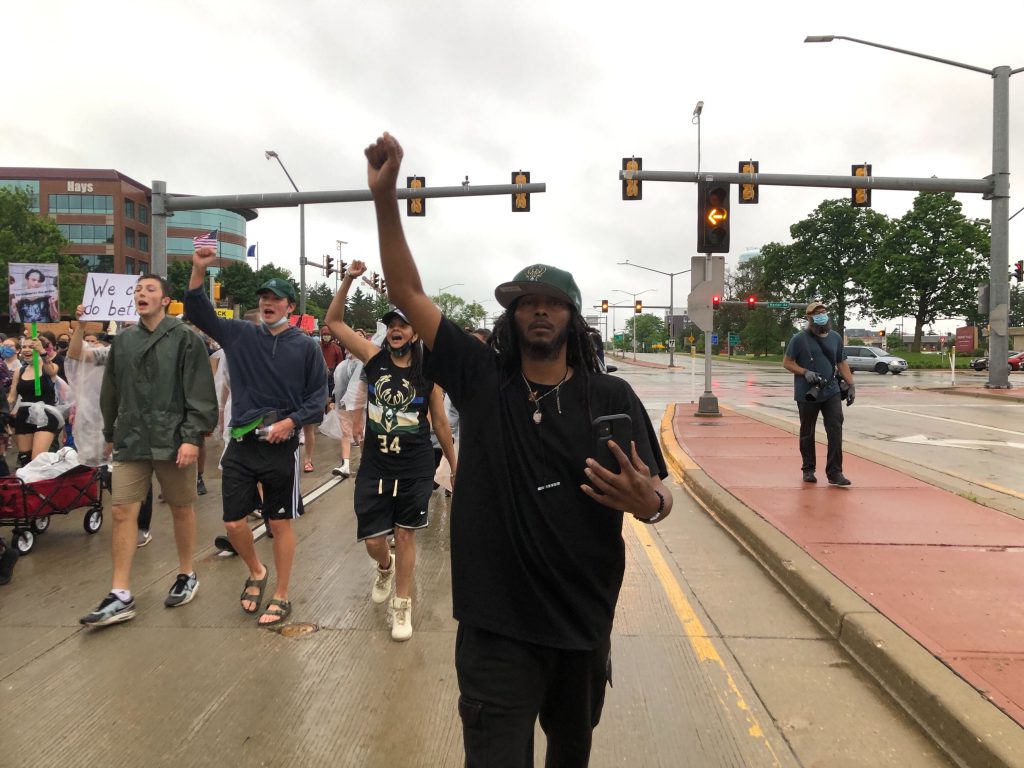 A tropical storm wasn’t enough to stop people from marching, or driving, on Tuesday for equality and justice in Milwaukee.

Three different events took place Tuesday as the storm brought high winds and intermittent heavy rain to the city. It was the twelfth consecutive day of protest marches following the murder of George Floyd by a Minneapolis police officer.

Frank Nitty was out front of a Black Lives Matter march in Wauwatosa that circled the western portion of the city, including marching by Mayfair Mall. Urban Milwaukee caught up with the group as it came south down N. Mayfair Rd. and headed west on W. Watertown Plank Rd.

The Wauwatosa Police Department blocked off the intersections in front of and behind the approximately 100 marchers, while the protesters repeatedly chanted the names Alvin Cole, Jay Anderson and Antonio Gonzales. All three individuals were killed by Wauwatosa police officer Joseph Mensah in separate incidents. Mensah has been with the police department since 2015.

Meanwhile a car caravan led by Nitty’s organizing partner Khalil Coleman made its way from Lincoln Park through much of the city and a few north shore suburbs. Urban Milwaukee watched the caravan, a couple blocks long, go south on N. Downer Ave. and west onto E. Bradford Ave. State Representative David Bowen drove along with the march and said that if justice wasn’t served he would be looking into how people could upgrade their car horns so they could be heard.

A third march, organized by Jeremiah Thomas and Tommy Franecki, started at Humboldt Park and went northwest towards the Milwaukee Police Department‘s District Two Station at 245 W. Lincoln Ave. Urban Milwaukee was present for the start of the march just before 4:00 p.m. and reporter Ethan Duran tweeted that it dispersed shortly before 7:00 p.m. A couple dozen people attended.

A variety of events are again planned for Wednesday, even with inclement weather predicted. Thomas and Franecki’s group, “The People’s Movement of Milwaukee,” will leave from Humboldt Park at 5 p.m. Coleman and Nitty’s group, “All Power to the People,” will meet at Washington Park at 3 p.m. for the second-consecutive day of a car-only “march.”

Look for a future article on the evolving relationship between the two groups. 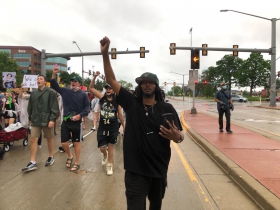 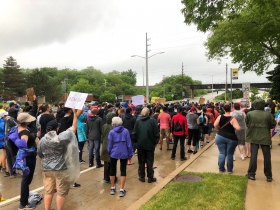 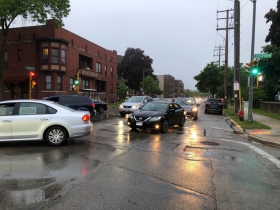 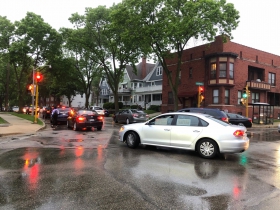 One thought on “Protest Day 12: Marchers Show Up Despite The Rain”