By Isiah Holmes, Wisconsin Examiner - May 20th, 2021 12:17 pm
Get a daily rundown of the top stories on Urban Milwaukee 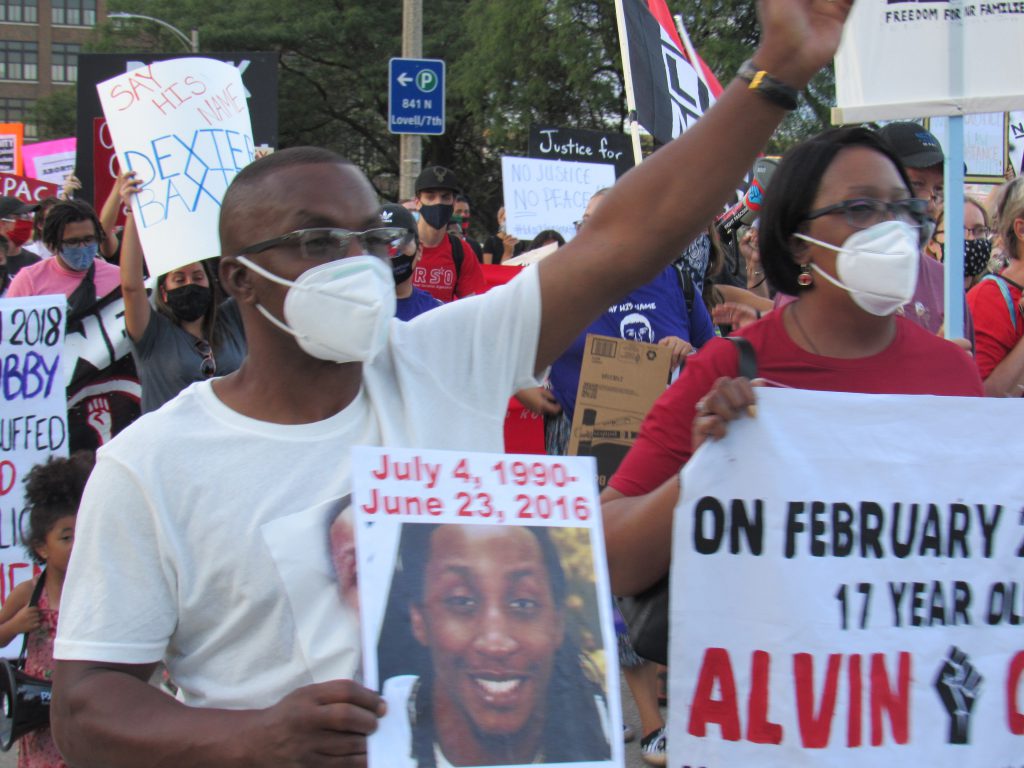 Judge Glenn Yamahiro heard closing arguments Wednesday in the John Doe hearing into the killing of Jay Anderson, Jr. In 2016, the 25-year-old was fatally shot by former Wauwatosa police officer Joseph Mensah, the officer’s second fatal shooting within a year. While the past three John Doe hearings were deep dives into the case, the closing arguments tied it all together.

Attorney Kimberley Motley, who represents the Anderson family, noted that Jay Anderson himself was the most important witness to the shooting. “His name was Jay Anderson, Jr.,” said Motley during her opening remarks. “He was the eldest son to Linda and Jay Anderson, who have two other children. He was engaged to Starkeisha Delarosa, and they have a beautiful daughter, Jaylin Anderson, who just turned 6 years old. He was a hard worker, he worked as a cook at Ruby Tuesday, and he often helped his father with landscaping jobs. He’s affectionately known by his family and friends as ‘Baby Jay.’”

Motley noted that during the John Doe hearing, “we have talked to six different people in law enforcement.” Those included former MPD homicide detective Ricky Burems, former MPD Pamela Holmes, WPD’s out-going chief Barry Weber, a WPD lieutenant, and others. “Collectively, they all represent 179 years in law enforcement,” Motley said. “And collectively they have only ever fired their weapon twice, with zero fatalities among our numerous witnesses.” By contrast, Motley pointed out, Mensah fired his weapon 19 times during his five years at WPD, killing three people over a five year period.

Motley argued that Anderson’s bullet wounds support the case that Anderson was not challenging or lunging at Mensah. She pointed to other factors, including Anderson holding up his hands and communicating with Mensah, that she said showed he was being cooperative. At least one expert testified that the wounds and bullet holes in the vehicle support the notion that Anderson couldn’t have been lunging.

Judge Yamahiro is expected to announce his decision whether to appoint a special prosecutor to take on the case on June 25, at 9 a.m.