Why the Protests Won’t End

9 reasons why the protests are different this time. 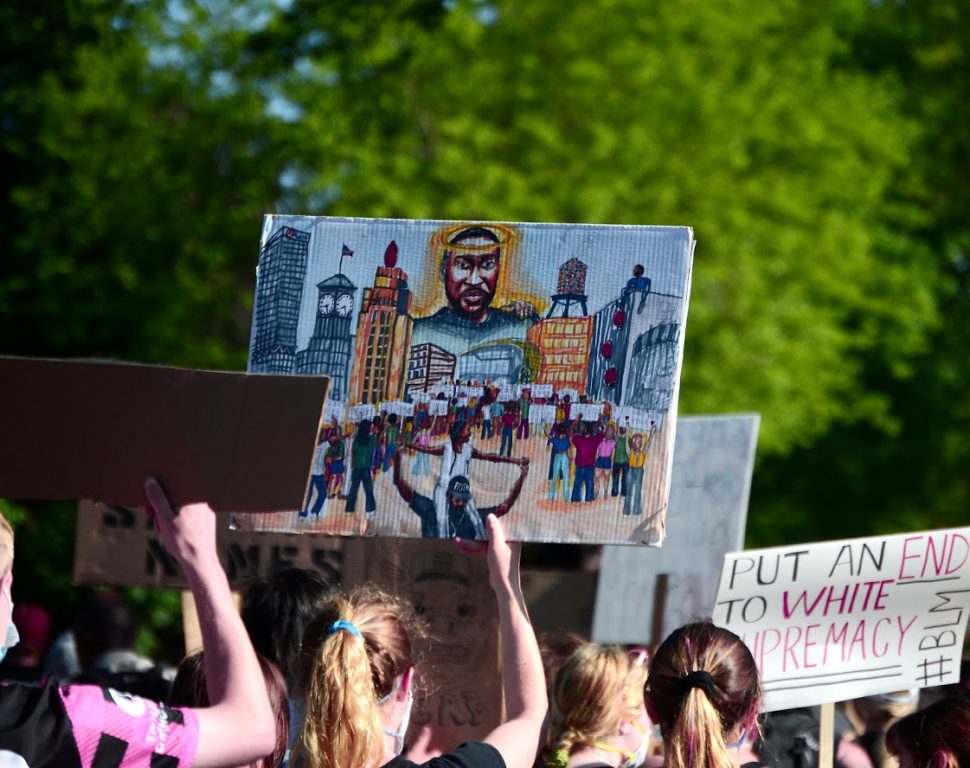 There have been so many protests of African American males killed by police since the Black Lives Matter movement was created. But this one seems very different.

In Milwaukee the protests have continued to grow in size. Sunday’s march on Day 10 was one of the biggest, as Urban Milwaukee’s Graham Kilmer reported. “The public support for the peaceful marches is growing, with thousands marching across Milwaukee on Saturday and Sunday,” as Jeramey Jannene reported for Urban Milwaukee.

“The massive gatherings for racial justice across the country and now the world have achieved a scale and level of momentum not seen in decades,” as the New York Times reported.

Why now? Why so galvanizing with so much support this time?

1. A particularly powerful video. Yes, there have been many horrifying videos of victims of police since Black Lives Matters was founded in July 2013, but this was uniquely powerful, in broad daylight, in Minneapolis, long seen as one of the nation’s most progressive cities, and with bystanders repeatedly urging, begging Police Officer Derek Chauvin to take his knee off George Floyd’s neck — and with Chauvin looking so casual and unbothered by their complaints, as though it was just another day at the office.

2. The Impact of So Many Previous Videos. Cell phones capturing so many incidents of police misconduct have helped convince Americans there is a problem of police misconduct. As Douglas McLeod, a journalism professor at the University of Wisconsin, told the New York Times. “When these things accumulate over time, and we start to see more and more of these images, the evidence starts to become more incontrovertible.”

3. A Sea Change in American Views On Racism. In a Monmouth University poll released last week, 76 percent of Americans — including 71 percent of white people — called racism and discrimination “a big problem” in this country. That was a 26-percentage-point increase since 2015, the Times story noted. “In 2009, the year President Barack Obama took office, just 36 percent of white Americans said the country needed to do more to ensure that black people gained equal rights, according to a Pew Research Center poll. By 2017… that number had leapt to 54 percent of white people, and roughly three in five Americans over all.”

4. Even Hard Core Conservatives See a Problem. “I can’t find a way to justify it,’’ Rush Limbaugh said of Chauvin’s actions. “A horrific act of police brutality,” said Texas Senator and red meat Republican Ted Cruz. Chauvin “does not deserve to be free in this country,” said Fox News host Jeanine Pirro.

5. So Many Millennials Have Time to Protest: They may have marched in the past, but they had jobs that made that harder to do. The pandemic has left as many as 40 million without jobs and many others with a cut in hours. That’s a huge potential army of protesters, including many Millennials and the younger members of the emerging Generation Z,  who together comprise the group of Americans most concerned about racial discrimination and eager to see change. The protests are a chance to make that happen.

6. The Protests Are So Integrated. While they are protesting police treatment of African Americans, the marches across the country have included many whites. That’s also been true in Milwaukee  “We are not the most segregated city in America, look at this unity,” march co-organizer Rafael Mercado has often noted in his speeches. The memorable moment when co-organizer Frank Nitty, a black man in dreadlocks, danced with an elderly white nurse to the music of rapper Tupac, said it all: it’s a march for Americans of all colors.

7. Police Response Has Added Fuel to the Fire. Yes, the police have mostly been restrained, but there have been many examples of excessive use of force in response to marchers nationally. In Milwaukee deputy sheriffs arrested and injured Nitty for no apparent reason, injured and arrested protester Cameron Murdoch though video shows he was peacefully protesting and helped cause serious injuries to peaceful marcher Tyrone Randle. What marchers are experiencing in real time is the sort of excessive use of police force the protests are out to condemn, reinforcing the reason to march.

Milwaukee Police Chief Alfonso Morales has been particularly defensive and tone deaf, comparing his police officers’ treatment by protesters to the crucifixion of Jesus. That hasn’t helped his cause.

8. President Trump’s Response Has Added More Fuel. The full list of examples would require an entire column to detail, so let’s just say the president’s warning that protesters would face “the most vicious dogs, and the most ominous weapons, I have ever seen” was not the kind of language likely to discourage protesters from continuing to march.

9. A Broader, Deeper Issue Than Police Misconduct: No generation in American history has faced a worse economic situation, with less GDP growth per person, than Millennials, as a recent Washington Post analysis found. Millennials are the servant generation, working as waiters and bartenders or on gig jobs with no benefits and little security, and the onset of the pandemic has dramatized this economic inequity. The millennial generation was already more committed to racial equity than any in U.S. history, and the economic situation for its members has made it easy for its white members to see common cause with blacks facing injustice at the hands of police. And now so many are out of jobs and have all the time in the world to demand justice. The protests may go on for a very long time.