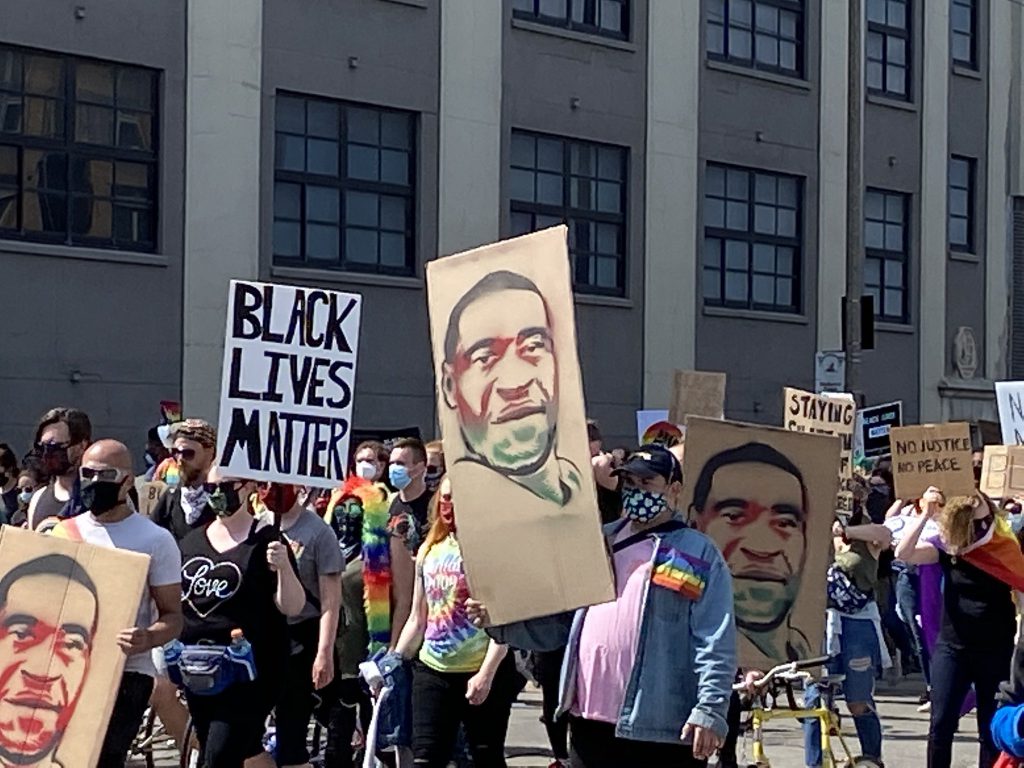 On Sunday, there were several marches that zig-zagged around the City of Milwaukee marking the 10th day of protests.

There was a march celebrating LGBTQ Pride and Black Lives Matter, there was a march led by members of the Milwaukee Bucks and there was a march organized around making it accessible for people of varying abilities to participate in the protests against the killing of George Floyd and police brutality.

The Pride and Black Lives Matter march was one of the biggest marches Urban Milwaukee has covered all week. At least 2,000 people marched, according to multiple estimates, in a circuit that began in the Historic Third Ward outside the festival grounds, and went south into Walker’s Point before heading back to the starting point.

This march was organized by Montell Ross and Angel Vega. And like most of the protests this week, it was peaceful and well organized. The incredible number of marchers meant at times one end of the protest was completely out of sight and earshot of the other. At one point, while marching north on S. 2nd St., every marcher knelt for a moment of silence. Despite the crowd of thousands, it was quiet enough to hear the tinkling of wind chimes from a nearby home.

It became clear at the march Sunday that the organizers of the protests this past week were beginning to encourage political action beyond marching in the streets.

While the protesters rallied at the intersection of S. 1st St. and E. National Ave., Tommy Franecki, who organized a number of marches with Jeremiah Thomas this week, addressed the marchers, telling them a list of demands had been delivered to the city’s Fire and Police Commission, the body in charge of overseeing the police department. And he said they would soon be doing to same for Mayor Tom Barrett.

Franecki also mentioned the 200 straight days of protests for fair housing in Milwaukee in 1967 and 1968 and said they planned to do the same. He congratulated marchers on making it to day 10 of 200.

JoAnna Bautch, a candidate for Wisconsin’s 8th Assembly District, also spoke to the crowd, talking about the effect previous protests had for the LGBTQ community, saying it helped secure June as Pride Month.

At the end of the march, Ross stood atop an amplifier that was strapped to the top of a minivan, and gave a speech to his fellow protesters. He told them now is the time to get involved beyond the protest, to become more politically involved. He told them to educate themselves whenever an election is happening in their community and to use their vote to stand up for the rights of other people.

“There is power behind our community,” Ross said. He added that they’ve known this for some time, but this past week they’ve been making everyone else aware of it.

Just as the Pride and Black Lives Matter march was wrapping up, the Accessible March for Black Lives Matter was heading south down N. Lincoln Memorial Dr. The route of the march was planned to be flat for those protesters in wheelchairs, and there were Sign Language Interpreters working with the march to assist Deaf and hard of hearing protesters.

This is the Accessible march that left Veterans Park. Sign language language interpreters working with the march pic.twitter.com/GYofaqDJZz

Also Sunday, players from the Milwaukee Bucks marched again. That protest started at Fiserv Forum and ended in Veterans Park.

Eric Nehm, the Bucks reporter for The Athletic Wisconsin, posted a video showing Milwaukee Police Chief Alfonso Morales leaving the protest after being shouted at by protesters. A number of them yelling “we don’t want you here.”

Tense moment for Milwaukee Police Chief Alfonso Morales as he walked out of the protest. pic.twitter.com/PflEDFowaG 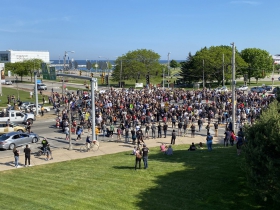 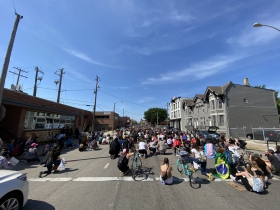 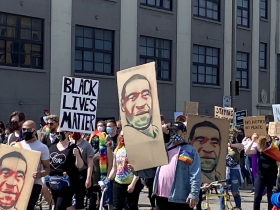