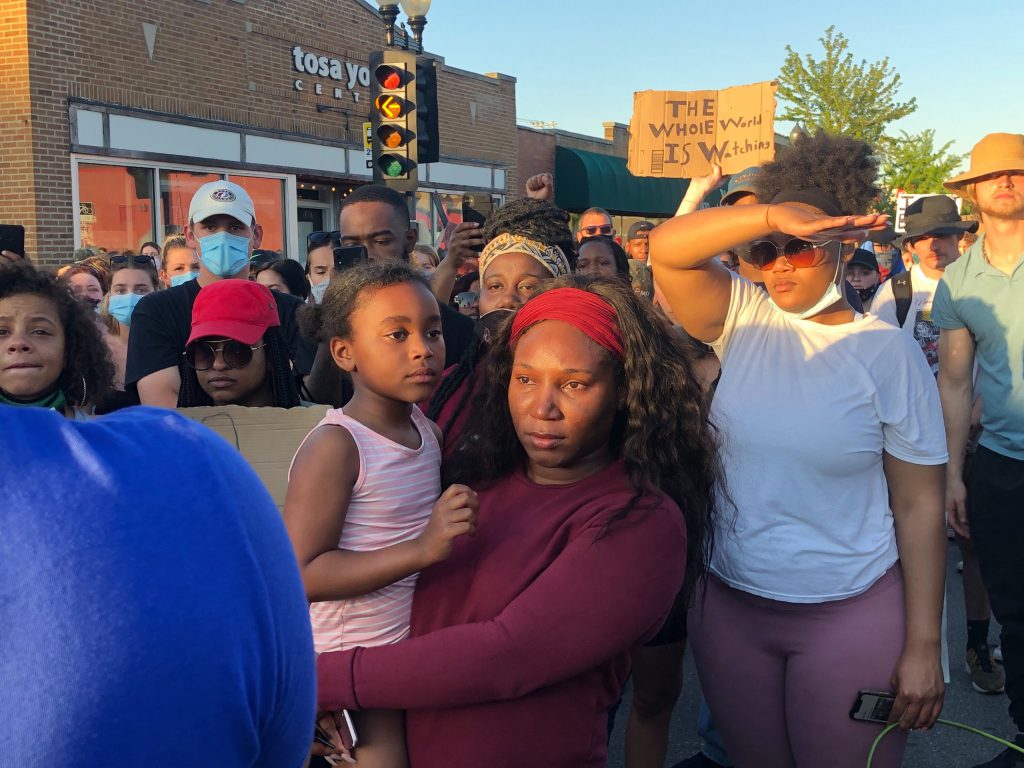 Frank Nitty, Khalil Coleman and others led hundreds of people on a march from Milwaukee to Wauwatosa Thursday night to draw awareness to the killing of George Floyd at the hands of a Minneapolis police officer and raise attention to their call for action.

And while there was an underlying aura of concern, with Nitty protected against a rumored assassination attempt by white supremacists with an armed guard, there was also an overwhelming message of hope.

That message was best exemplified by a seven-year-old.

Amerah Wright, in attendance with her mother Ebony Jennings, was given the microphone in the middle of the intersection of W. North Ave. and N. 68th St. And by the time she finished, it was hard to find a person in the crowd without tears in their eyes.

After finishing her speech, Wright was hoisted on her mom’s shoulder to a round of applause from the crowd.

While Wright has a positive message and charism that would make her a Presidential candidate in 2048, the first year she’s eligible, she has a different plan for when she grows up.

Wright wants to be a “real estate investor” says her mother. The Associates in Commercial Real Estate (ACRE) program, which has successfully trained a new generation of females and minorities for careers in real estate, might want to hold a spot for her now.

But first she has to finish her school year. She’s a student at Milwaukee Public Schools’ French Immersion School.

Nitty, an African-American male with dreadlocks, took a moment to dance to a song by rapper Tupac with Mary Kemnitz, a white nurse with curly gray hair.

Kemnitz, a nurse who remembers watching the fair housing marches in 1967 and 1968, told Urban Milwaukee she wanted to be on the right side of justice and has attended multiple marches this week. She also feels being in a crowd during the pandemic is safe for her, she’s already had COVID-19.

One thought on “Meet The Show-Stopping Amerah Wright”