A young African American protester detained by police suffered serious injury. How will you handle this? 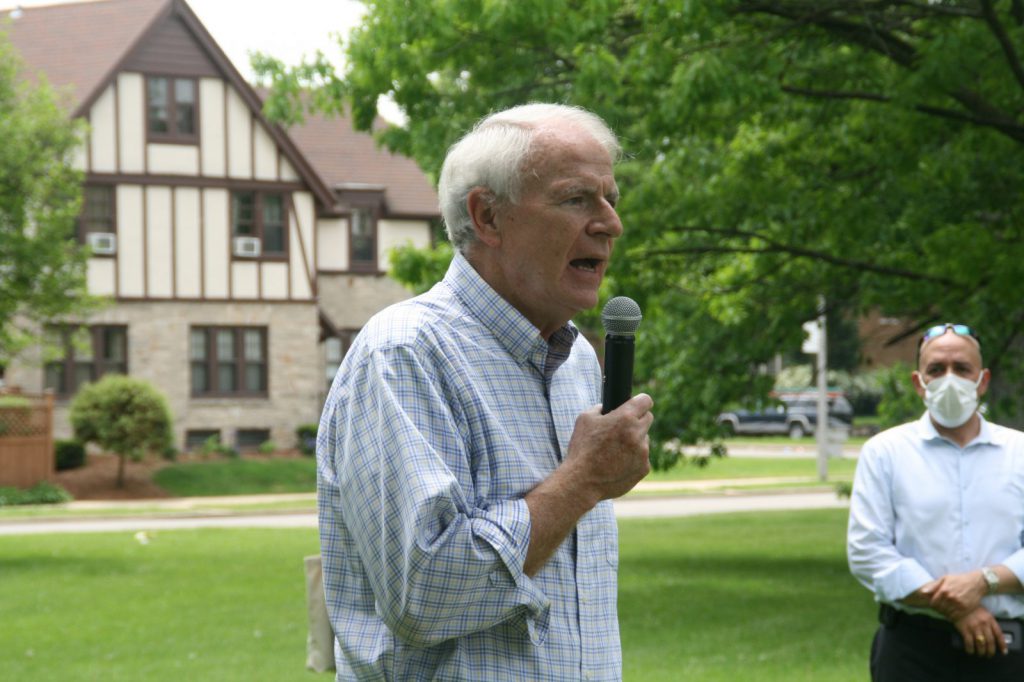 I have struggled a bit with how to address you: it would be more fitting if I called you “Tom,” because you and I are familiar to one another in many ways – we’re both Milwaukee area residents of about the same age; your children and mine attended the same preschool (at slightly different times); I taught your niece at Milwaukee Institute of Art & Design; I have enthusiastically supported you for both mayor and governor. Some years back – when you got punched in the nose for defending a woman you didn’t even know from her abuser – I proudly reminded my eye-rolling New York relatives that kindness (even chivalry) is not yet dead in the Midwest.

Despite all those intersections though, Mr. Mayor, I cannot address this letter to you as Tom. I am writing to you specifically in your public role right now. If you would like to respond, I welcome a dialogue, but I understand that you have much on your plate right now.

Mr. Mayor, on June 3 around 3 a.m. there was an incident outside the District 5 police station, in which a young African American man who was being held on the ground by multiple officers was run over by a car. The car seemed to come out of nowhere, and the officers managed to disperse with minor injuries. The young man on the ground was seriously injured – broken ribs and a fractured pelvis – and he is lucky to be alive today. That young man, Tyrone Randle, was my student at MIAD. I have watched a video of the incident (live-streamed by one of my daughter’s former classmates from Shorewood High School) and it is painful indeed: the protesters outside the police station are vastly outnumbered by heavily armed police. I could see no evidence of threatening behavior on Tyrone’s part (or anyone else’s part) before he was thrown to the ground by officers, and after the car ran him over the officers fire teargas in his immediate vicinity.

EVERYTHING ABOUT THIS IS WRONG.

Mr. Mayor, I understand this is a difficult time to be managing the affairs of a city, let alone a city with a woeful history of segregation and inequality. But Tom, I have to ask you this: what are you, as a parent, thinking these days? I’m thinking that my young-adult children live in Milwaukee, and I am proud that they peacefully protest alongside others who do not share their privilege. Beyond my own kids, though, I’m thinking that every young person I teach is as precious as my daughter or my son. I’m thinking that every child of this city matters as much as my own. I’m thinking that a city is, in many ways, like a family – complicated and contentious, but belonging to all of us. I’m thinking that Tyrone is my son, too.  Even if he wasn’t the responsible, caring, and highly intelligent person I know him to be, he should never have been thrown to the ground by police officers for peacefully protesting injustice. He should not have been run over, and should not have ended up in the hospital.

I read the statement recently released by the Milwaukee Police Department, and I am glad to hear the driver has been apprehended. But I remain deeply disturbed by what I saw in the video of the incident, and I hope that you will view it as well. Because it appears that mainstream media don’t seem to be covering late-night protests and no one can be everywhere, there is no other way for concerned Milwaukeeans like me to witness what is going on. What I saw in this livestream was a military force of what appeared to be hundreds of armed men arrayed against a handful of apparently unarmed protesters. What I saw was an escalation of violence that was not promulgated by demonstrators. What I saw was the unwarranted abuse of a young man I respect very much.

What can the mayor do about this? Here are some suggested policy changes:

Tom, I’ve always seen you as a decent guy. You and I both sent our kids to that beautiful, progressive, inclusive preschool because we wanted to promise them (and all of Milwaukee… and this country) a better future. Please let’s make good on the promises we made to them about what the future of this city could hold. It was never going to be easy.