“Cameron Murdoch was a victim of a violent police assault on June 2, 2020. As the videos and photographs clearly show, a law enforcement officer planted his knee on Mr. Murdoch’s neck while forcefully striking him after he was wrongfully detained. He sustained injuries to his person and property.

“Mr. Murdoch’s constitutional rights were violated and he will be pursuing any available claims to the full extent of the law.

“Mr. Murdoch was a peaceful demonstrator who was exercising his First Amendment right to protest and assembly. It was not after curfew, he was not acting violently, and he did not pose a threat to anyone. The police statement about what happened is inaccurate, as video and photographic evidence demonstrates.

Attached are two photographs of the injuries sustained by Cameron Murdoch during this violent, unnecessary arrest. Here is a link to the video of the assault as shown on Fox6 News. Here is a news story from the Journal Sentinel. 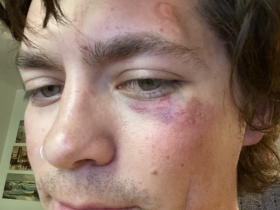 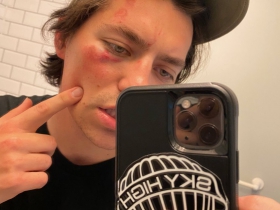