By Alana Watson, Wisconsin Public Radio - Mar 2nd, 2020 12:47 pm
Get a daily rundown of the top stories on Urban Milwaukee 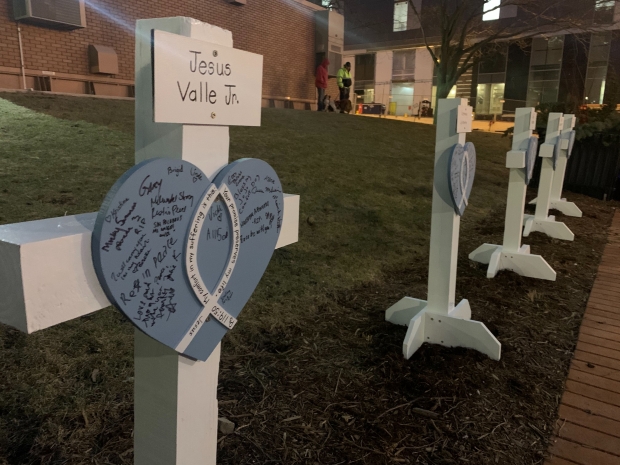 Lutheran Church Charities provided signs for vigil goers to write comforting messages on. The organization will send the signs to the victims families. Photo by Alana Watson/WPR.

According to the Milwaukee Police Department, nearly 300 people were in attendance for the event, called Milwaukee Strong: A Vigil to Unite and Heal, to reflect on the tragedy and pay their respects.

A gunman opened fire Wednesday, killing five people before taking his own life, according to police.

Those who attended held on to white burning candles as people spoke and prayed over the community and the families of the victims.

“Tonight, we mourn and find comfort in each other. We stand united to remember and honor the victims. We hold their families in our hearts. The parents, the spouses, children, siblings and friends who know carry the weight of losing a loved one,” Baldwin said. “Tonight, we stand together, Milwaukee strong, to let them know that we are with them to help them carry that weight.”

Different organizations, like the American Red Cross, who supplied hot chocolate, coffee, and water during the vigil, came out to support those who have been impacted.

Tim Hetzner is the CEO and president of Lutheran Church Charities, an organization he started in 2008 that provides crisis and disaster response to communities in crisis. A part of that response is comfort dog ministry. During the vigil, golden retrievers were lined up with vests on that said “please pet me.” 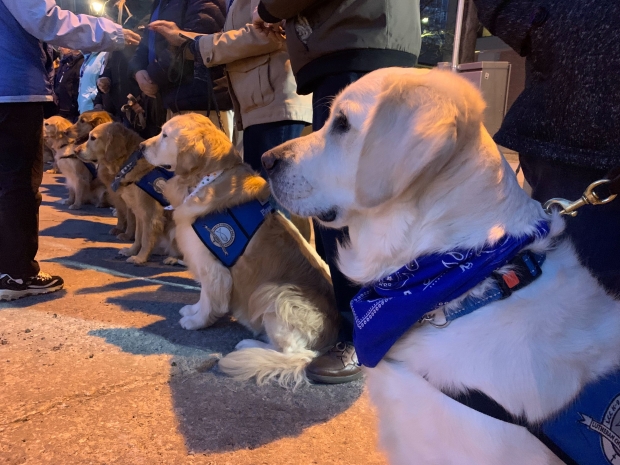 Lutheran Church Charities provides crisis and disaster response to communities in crisis. Part of that response is comfort dog ministry. During the vigil Sunday, March 1, 2020, to honor the victims of the deadly shooting at the Molson Coors brewery complex Wednesday, Feb. 26, 2020, golden retrievers were lined up with vests on that said “please pet me.” Photo by Alana Watson/WPR.

Hetzner said people have had mixed reactions when they pet one of the golden retrievers. He said they’ve talked, laughed and even shed a few tears with people as they process the tragedy.

He said they want to bring comfort for those who might be struggling.

“When people pet a dog they relax, and when they relax they can talk about what’s going on and what they are thinking. Which is a key part to heal,” he said. 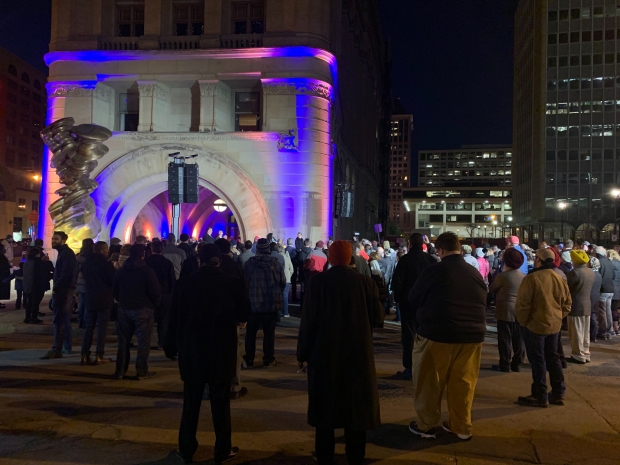 According to the Milwaukee Police Department, nearly 300 people attended the event Sunday, March 1, 2020, called Milwaukee Strong: A Vigil to Unite and Heal, to reflect on the tragedy and pay their respects to the victims of the deadly shooting at the Molson Coors brewery complex Wednesday, Feb. 26, 2020. Photo by Alana Watson/WPR.

Milwaukee resident Kristina Paris said she was coming out of a movie when she heard the news of the shooting.

“As those details unfold, you just get more and more horrified,” Paris said. “It’s just like, ‘Another one? How can we allow this to happen?'”

Paris said that sadly she wasn’t surprised there was a mass shooting in Milwaukee and that these events are becoming too common.

“We all have to do something to end this. To individuals, to leadership, everywhere, it has to stop,” Paris said. “This just can’t happen.” 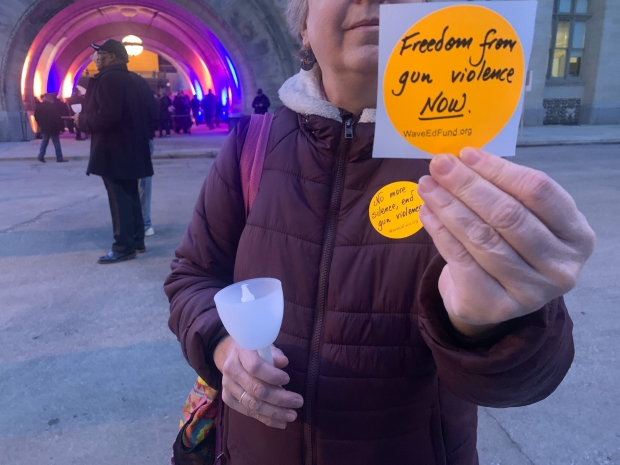 Kristina Paris is one of the nearly 300 people the Milwaukee Police Department says attended the event Sunday, March 1, 2020, called Milwaukee Strong: A Vigil to Unite and Heal. The vigil was held to reflect on the tragedy and pay their respects to the victims of the deadly shooting at the Molson Coors brewery complex Wednesday, Feb. 26, 2020. Photo by Alana Watson/WPR.

The shooting took place at around 2 p.m. Wednesday at the brewery, located on West Highland Boulevard. Milwaukee police identified the shooter as Anthony Ferrill, a Molson Coors employee. The victims include Jesus Valle Jr., 33; Gennady Levshetz, 61; Trevor Wetselaar, 33; Dana Walk, 57; and Dale Hudson, 60. All were employees of Molson Coors.

Molson Coors is reopening the Milwaukee campus on Monday with an increase in security.