By WPR Staff, Wisconsin Public Radio - Feb 27th, 2020 10:27 am
Get a daily rundown of the top stories on Urban Milwaukee 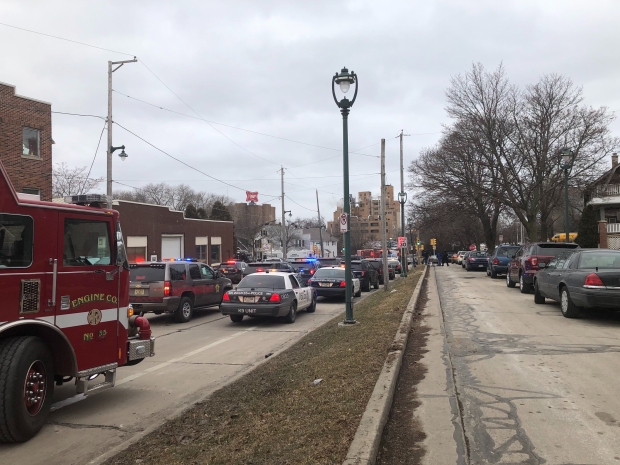 A gunman opened fire at Milwaukee’s Molson Coors brewery complex Wednesday, killing five people before taking his own life, according to Milwaukee police.

Police identified the gunman as a 51-year-old Milwaukee man who worked there. Police said Wednesday evening that they’re not releasing names of the victims at this time and wouldn’t do so for 24 to 48 hours.

The shooting occurred Wednesday afternoon at a sprawling complex that includes a mix of corporate offices and brewing facilities. At least 1,000 people work there. It’s widely known in the Milwaukee area as “Miller Valley,” a reference to the Miller Brewing Co., which is now part of Molson Coors.

At a Wednesday evening news conference, Milwaukee Police Chief Alfonso Morales said officers responded to the campus, located at 3939 W. Highland Blvd., at 2:08 p.m. and found the gunman dead from a self-inflicted gunshot wound. Five other people, all employees of Molson Coors, were also dead when police arrived, Morales said. 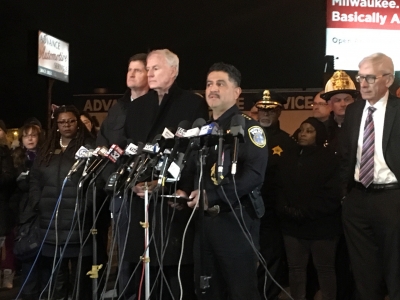 “Molson Coors is a large company with more than 1,000 employees,” he said. “We have to go through the roll call and identify who is missing. We’ll have additional information.”

As of 9:45 p.m. Wednesday, Morales said all employees had been sent home but police were still investigating.

Molson Coors CEO Gavin Hattersley said he spoke to many of the employees in Milwaukee and commended them for their bravery.

“We’re all a family here at Molson Coors in Milwaukee,” Hattersley said. “This is an unthinkable tragedy. All across Milwaukee and Wisconsin there are folk that are associated in some way with our employees at Molson Coors and I would ask you to stay close with them. Particularly with the families that lost their lives today.”

Milwaukee Mayor Tom Barrett called the shooting a tragic day for the city.

“Five families, six families actually, will be grieving because of the horrific act of this individual,” Barrett said. “Five individuals who went to work today, just like everyone else.”

Lt. Gov. Mandela Barnes said the shooting was the 11th mass shooting in Wisconsin since 2004.

“We should never grow comfortable in the face of these repeated tragedies all across America, especially right here at home,” Barnes said. “We have a duty to act. As a city, as a state, as a nation.”

“We are still learning more details about what happened at Molson Coors earlier today. What we do know, though, is that more lives were lost in a mass shooting in Wisconsin. Our hearts go out to the families of those whose lives were senselessly taken today, all of the folks and workers at Molson Coors, and the entire Milwaukee community as we grapple with yet another act of gun violence that will have long-lasting consequences for this community and our state,” Evers said in the statement.

Evers attended the news conference along with Barrett and Morales in Milwaukee, where he asked for a moment of silence.

“It is a tragedy for Milwaukee, yes, but it is a tragedy for the entire state of Wisconsin,” the governor said. “Wisconsin is a strong state. What happens in Milwaukee impacts people all across the state, from Cornucopia to Kenosha.”

A number of authorities and first responders rushed to the scene Wednesday afternoon. The Milwaukee Police Department, Milwaukee County Sheriff‘s Office, and Milwaukee and Wauwatosa fire departments were among them. The federal Bureau of Alcohol, Tobacco, Firearms and Explosives also responded.

The Marquette University Police Department also responded to the incident. In a tweet, the department said, “there is no threat to campus at this time and no buildings need to go on lockdown.” 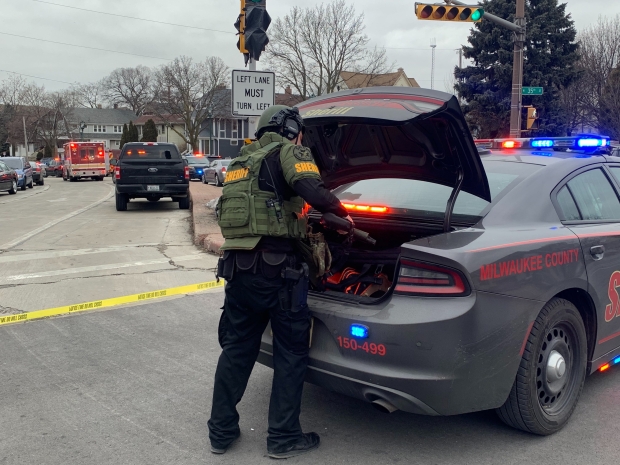 Law enforcement blocked traffic at North 35th and West State streets by 3 p.m. and dozens of first responders’ vehicles were stationed there.

At 4:38 p.m., MPD tweeted again, saying the scene was still active but there was “no active threat.”

Molson Coors Beverage Co., the parent company of MillerCoors LLC, announced in October it would be moving its corporate jobs to the Milwaukee office and close its Denver office as part of a consolidation and restructuring plan.

Molson Coors’ plans were effective Jan. 1 and moved support jobs from offices around the country to the Milwaukee office. Those jobs include information technology, supply chain, human resources, finance, and legal.

During the October announcement, the company said 400 to 500 jobs would be eliminated worldwide. 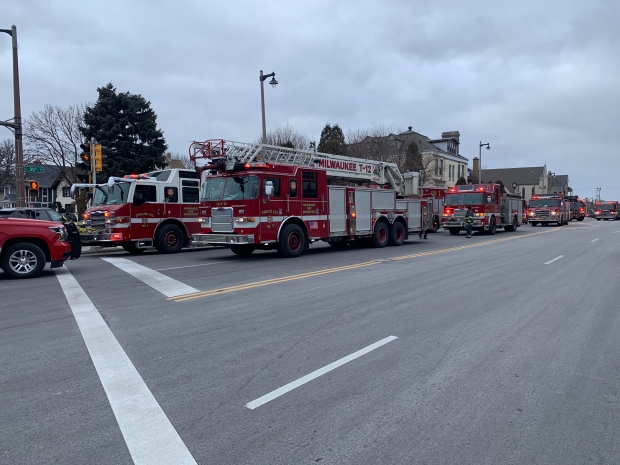 Miller Brewing was founded in Milwaukee in 1855. It formed a joint venture with Coors Brewing Co. in 2008.

The company has 610 jobs at the Milwaukee office, according to the Journal Sentinel. Between the main brewery on West State Street and a smaller brewery at 1515 North 10th St., there are 750 jobs.

Trump And State, Local Officials Speak Out On Shooting

President Donald Trump, along with several Wisconsin politicians and officials, spoke out after the incident. Some released statements praising first responders and sending condolences to families of those killed.

Before addressing the public on the new coronavirus Wednesday evening, Trump took a few moments to acknowledge the shooting, saying “our hearts break for them and their loved ones” and calling the shooter a “wicked murderer.”

State Rep. LaKeshia Myers, D-Milwaukee, said in her statement:  “While we are still awaiting additional information on the MillerCoors shooting, our prayers are with the families who have lost loved ones today in the wake of this tragedy. We applaud the rapid response of the first responders who reacted to the MolsonCoors campus with expedience.”

Milwaukee County Executive Chris Abele released a statement Wednesday evening stating: “The hearts of every Wisconsinite are heavy as we mourn those who lost their lives today in Milwaukee. These are men and women who came to work every day, proud to work for a hometown company like Molson Coors. I ask everyone to keep these men and women, their families, friends and everyone at Molson Coors in their thoughts and prayers during this difficult time.”

“I can’t begin to imagine what today was like on the campus, down the hill from my former office. And I can’t imagine what tomorrow holds for my former colleagues, as they try to make sense of this, as they mourn, and as they eventually unite to overcome this most tragic of days,” he said in the statement.