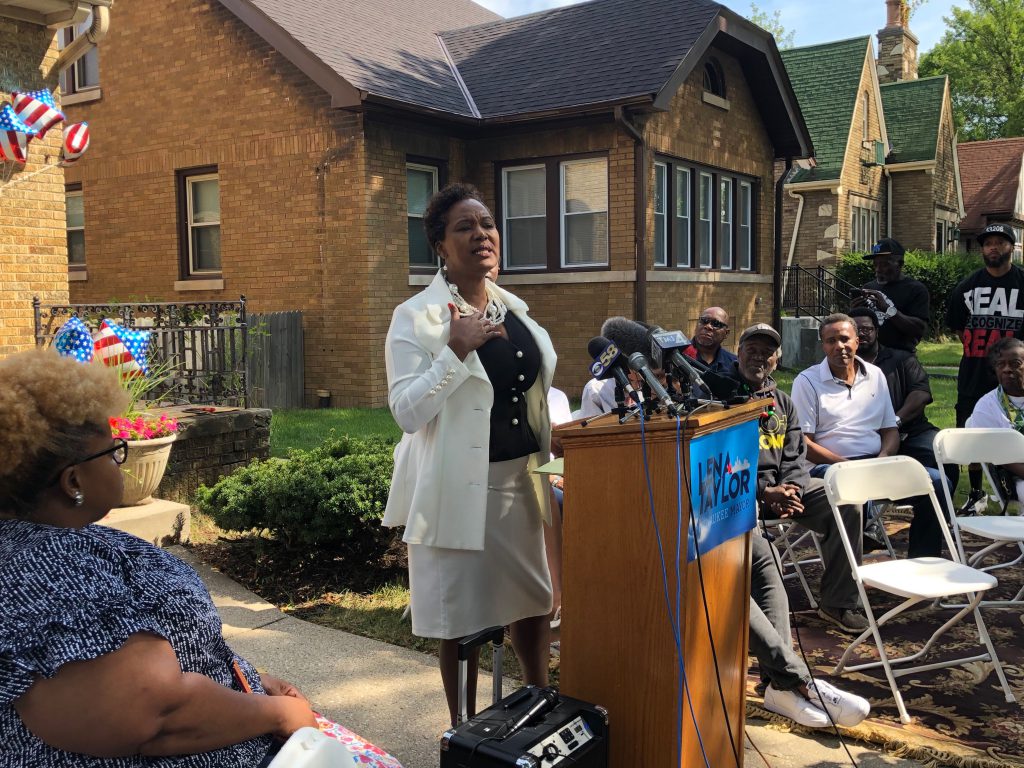 You might call it a victory for state Sen. Lena Taylor, who is running for mayor against Tom Barrett and opposed the proposal to have Strauss Brands build a new plant in the city. Taylor’s key supporter and legislative aide Michelle Bryant is a talk show host on WNOV radio, which has a largely African American audience, and devoted several days to shine a negative light on the deal. And that helped stir up opposition that ultimately killed the deal.

Up to then the proposal had seemed like a slam dunk: Strauss would build a $60 million meat processing plant in the long-depressed Century City area, and would create up to 500 jobs in return a $4.5 million city subsidy.

It meant blue collar jobs for an area that had been decimated by decades of decline for old-line manufacturers, driving high rates of unemployment for African American employees. It meant more progress in redeveloping Century City, something the Barrett administration had been working on for more than a decade.

The proposal was championed by the mayor and the alderman for the area, Khalif Rainey, who wrote a letter calling it “an achievement for the City” and “for the Opportunity Zones program that has encouraged companies to think of areas like this one in new ways.” The proposal won unanimous approval from the Common Council’s Zoning and Neighborhood Development Committee and was predicted to sail through the full Council. “I expected it to be overwhelmingly approved,” says downtown alderman Robert Bauman.

And then suddenly a deal that had no opposition from residents was getting tons of objections, generated by the WNOV shows. Rainey announced that “In the 72-hour period since the Common Council considered the proposal I have received an overwhelming response from neighbors in opposition to the project.” Rainey said he could no longer support the proposal and since the council typically honors the wishes of the alderman for the area, that seemed likely to kill the deal. Strauss announced it would no long pursue the project.

Meat-packing plants have been known to raise controversy at times in other cities, but not in this area. The old Cargill meat plant and its predecessor company in Milwaukee’s Menomonee Valley was located there for decades with no opposition arising. And Strauss Brands has been located in the nearby suburb of Franklin with no controversy and the mayor there has pushed hard to keep the company from relocating to Milwaukee.

In short, Barrett and Rainey had no reason to think this proposal would be a controversial one. The first sign of trouble came when the mayor planned a press conference in Century City to announce the deal. According to one insider involved in the effort, investors in the Strauss company didn’t want to draw attention to the plan and wanted no mention of the company. The result was a story by Urban Milwaukee, headlined “Mystery Company Bringing 250 Jobs”.

Bauman faults the company for not meeting with the zoning committee members ahead of time, something he says many companies pursuing a deal do. But even without this the committee unanimously approved the deal, even after Bauman made clear that what Strauss preferred to call a “meat harvesting plant” was in essence a “slaughterhouse.”

But then the animal rights folks arrived. A group calling itself “Slaughter-Free Milwaukee inundated council members with various versions of a form letter objecting to the proposal,” as my colleague Jeramey Jannene reported for Urban Milwaukee. “Slaughterhouses create many detrimental consequences and immediate impacts on neighborhoods, particularly disadvantaged ones,” said activist Amy Zignego in a statement from Slaughter Free Milwaukee. “Pollution and stench arise, vulnerable workers are exposed to brutality which can lead to post traumatic stress disorder, violence increases in the surrounding areas and impacts property values.”

The group offered no evidence of these claims. Department of City Development Commissioner Rocky Marcoux noted that “The company leads the industry in humane treatment of animals…They do not source their products from feedlots. They are free range. They are grass fed. Their veal is cage free.”

As for bad smells, Marcoux said “I’ve been to the Franklin facility, there is no smell in the air… That’s with the equipment that was older than what will be installed here. This will be state-of-the-art.”

“It will not be the 80-year-old facility that many of you know in the Menomonee Valley,” explained DCD project manager Benji Timm of Cargill’s slaughterhouse, which closed in 2014. That facility included open air animal storage. Strauss planned to house the animals on-site for only a few hours before processing in an indoor facility and would climate control the entire plant. A basement would be used to load trucks with hides, blood, manure and other waste.

As Bauman declared, “This may be the cleanest slaughterhouse that will ever exist in the United States.”

Nor was there much reason to think any of this opposition was from residents from the area. “None of the email messages… identify the opponents as living near the proposed development,” as Jannene reported.

As Timm noted, there had almost no concerns raised by neighborhood residents: “tours of the Franklin facility were given to neighborhood association leaders, a door-to-door outreach campaign was conducted and certified mailings were sent to applicable properties regarding the proposal… most questions concerned odors and general questions about the facility,” as Urban Milwaukee reported. In short, there was little reason for council members to oppose the plant and no movement in that direction.

But soon the animal rights claims got picked up by Michelle Bryant at WNOV where she does a “Morning Show” Monday through Thursday from 7 a.m. to  9 a.m. and a Mid-Week Show on Tuesdays and Thursdays from 3 p.m. to 5 p.m. Bryant says she did several days of shows on the Strauss project.

A podcast of the shows is not available at WNOV but Bryant wrote me via email to say she did not have any guest on her show, and that in the discussion “concerns were raised about the proposal, to include environmental concerns, like odor, run-off, rat infestation, disposal, etc.”

Bryant did not have a representative from Strauss or the city on the air to discuss any of this. As to whether she identified her connection to Taylor, Bryant did not respond to my question.

Bryant’s biography on the WNOV website identifies herself as “a Political Director with a local campaign” and “a former Budget and Policy director for a Wisconsin State Senator.” It does not disclose that the latter post was working for Taylor and Aidan McMorrow, a staff member at the senator’s office, told Urban Milwaukee that Bryant is still Taylor’s chief of staff. As to whether Bryant now heads up Taylor’s campaign for mayor, Bryant did not respond to that question.

The key question on her show, Bryant wrote me, was that “people felt blindsided and wondered why they just weren’t engaged properly.”

That echoes an argument made by Taylor on her Facebook page accusing Barrett of “leadership that views development from the top down that needs to be imposed on communities. A real mayor would go into communities and engage the people who live there to find what is the best fit for them and what local investment can be done to bring jobs into a neighborhood.”

Rainey (who did not respond to requests for comment) began getting all kinds of calls objecting to the Strauss plant after the discussions on WNOV, says Bauman, adding “he was shell shocked.”

Adding more concern for Rainey was that he faced an opponent, NAACP president Fred Royal, who was aggressively going door-to-door in Rainey’s district and who is opposed to the Strauss deal. Royal says he has gone to every door in the district — “11,500 households” and is now on a second tour, this time to the 5.500 residents who regularly vote.

Royal echoes the concerns raised on Bryant’s show, saying the deal was “rushed through without enough discussion” would have a negative “environmental impact.”

And so Rainey announced to the Common Council that he could no longer support the Strauss deal. Taylor, who attended the council meeting where the deal was put on hold, had succeeded in killing a deal that could have brought hundreds of family-supporting union jobs to African American residents.

Barrett expects the plant will instead be located in Franklin. “So there’s still going to be a Strauss facility in the county, so this won’t stop people from eating meat.” And many of the jobs will probably still go to city residents, he adds, but they will have to travel miles and secure transportation to get there.

And a golden opportunity to help develop the Century City has been lost. As Rainey put it in his letter, this was “an opportunity to address decades of disinvestment in Milwaukee and the related flight of businesses to the suburbs.”

It also sends a negative message to other businesses that might want to locate in the Century City area. What a loss for Milwaukee.

6 thoughts on “Murphy’s Law: Who Lost the Strauss Brands Deal?”