In the recent weeks there has been a number of articles and information released giving heavy credence to concerns raised by citizens provided at the multiple City Hall meetings and calling into question “inconsistencies between Strauss’ words and actions.” Strauss’ treatment of employees, animals and environment has been called into question and documentation has surfaced pointing out misalignment with the company’s claims.

A CNN article on December 11th reported on a former employee alleging she contracted COVID-19 at Strauss, because they failed to implement required protections. “They found the perfect moment to fire us. … They used us. We all feel used. They knew the situation. They knew everything about our lives. They said there was no problem,” she says. “Why is it that when someone complains about their rights, they get fired?”

Strauss also appeared before the Planning Commission on December 17th to address remedying a 2015 expansion of the parking lot at their existing facility that “impacted conservation easement areas on the property including wetland setbacks.” The encroachment was noticed while reviewing the file for the site and current aerials of the property after April of 2020 when the applicant contacted the Department of City Development. A city staff report said, “The nature of the encroachment is serious, as it is into a recorded conservation easement which constitutes a legal commitment by the applicant to protect natural resources.”

December 10th, USDA released documents on their website showing a “Humane handling and Slaughtering” violation occurred on November 23rd, 2020 at Strauss’ existing facility that resulted in operations being shut down for two days. The letter from the USDA stated “The observations detailed above indicate an egregious violation of the humane handling requirements.”

To use the words of Randy Strauss, CEO of Strauss Brands, “If history is an indicator for the future we will manage our new facility as we have done with the old…” We cannot blindly trust this company to build a massive new facility designed to slaughter initially up to 500 head of live cattle per day, near upscale residential areas, with wetlands and several significant watersheds nearby.  The new facility as approved would initially be 152,035 square feet. Strauss also intends to seek an expansion of the new facility in the relatively near future so as to add an additional 112,000 square feet of operational space and an additional 47,000 square foot truck maintenance facility. This is a total of 311,035 square feet, which is in excess of 7 acres of building.

To date, there has not been a single formal impact study provided by Strauss, or required by the City of Franklin, before giving approval of this project to move forward. The Indian Community School (ICS) has stepped up to for conducting the environmental impact study both Strauss and the city failed repeatedly to provide. Despite being censored, and not being recorded on the YouTube stream, one of the speakers at the December 15th Common Council meeting summed up this issue quite brilliantly:

“Am I the only one in this room that feels deeply embarrassed and remorseful, that between Strauss and the city, we couldn’t find a way to produce an objective study to address the concerns of this school and so many of our citizens?  Seriously folks, a grade school had to take on the responsibility? “

Franklin Community Advocates will continue to advocate for equality, transparency, holding city officials accountable and growth within the community. Please join us in making a difference. As a non-profit organization, we depend on donations to fund our operations and keep us going. Donations can be made at Franklincommunityadvocates.org 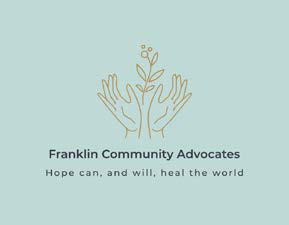