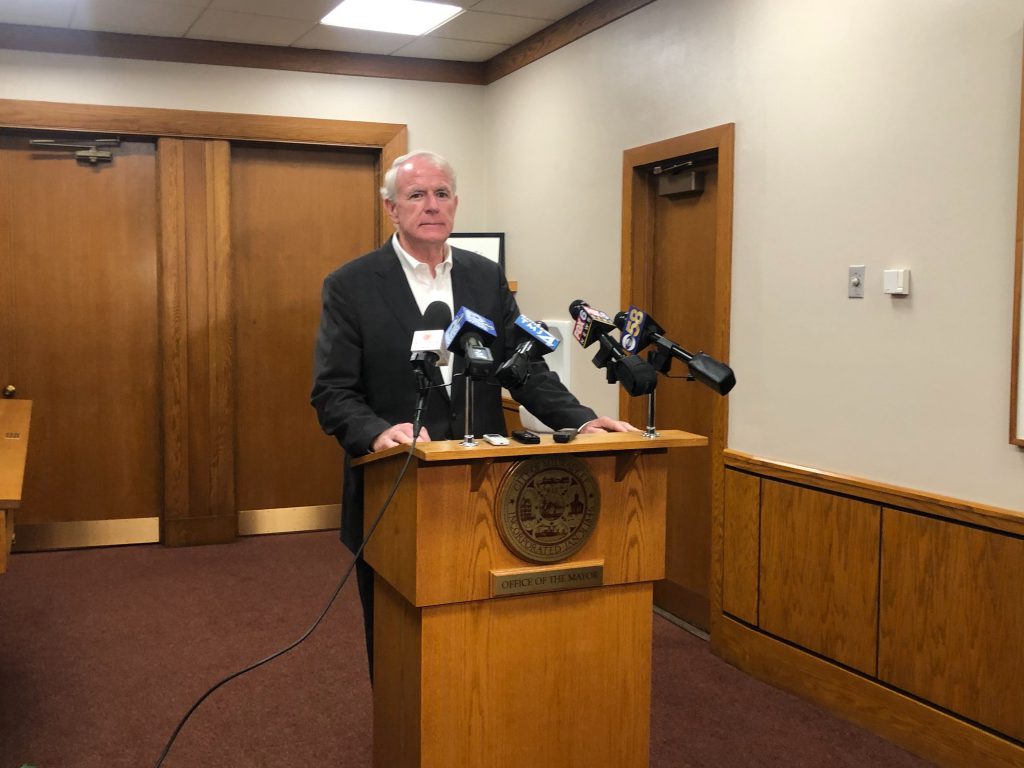 Mayor Tom Barrett is disappointed — to say the least — with the way the Strauss deal ended.

The company announced Monday it was dropping plans to relocate its offices and meat processing facility to Century City after area Alderman Khalif Rainey announced his opposition to the deal Friday.

“I need to find blue-collar jobs for this community,” said Barrett in a Monday afternoon press conference. He said the company wanted to relocate to Milwaukee for all the right reasons, primarily the access to a ready and willing labor force.

What changed between Tuesday, when Rainey vocally supported the deal, and Friday when he announced his opposition to it?

On Friday, Rainey, a vegetarian, said his change of heart was a result of the “overwhelming response” from people who would live near the project. On the council floor Tuesday Rainey said neighborhood leaders had toured the plant and were in support of the deal. At the time he admonished opponents for valuing livestock more than human lives.

“Nobody is saying let’s close McDonald’s,” said the visibly-angered Mayor. He said he was “beyond disappointed” that there was a campaign of misinformation.

Barrett said characterizations that the deal was being forced through by the administration were “malarkey.” He said to ask the Common Council if they were offered a tour of the Franklin facility and if they accepted.

We did ask the members of the Zoning, Neighborhoods & Development Committee that voted unanimously for the deal, including Rainey, the committee’s chair, and council president Ashanti Hamilton. Only Alderman Robert Bauman, a critic of putting an undesirable use such as a slaughterhouse in an impoverished neighborhood, responded.

“Offered one last Thursday afternoon,” said Bauman via email. He said the invite came by chance as he walked by Department of City Development project manager Benjamin Timm after Redevelopment Authority of the City of Milwaukee hearing regarding a necessary land-use change for the deal. “I was just walking by and saw Benji,” said Bauman. He issued a press release in opposition to the land-use change on Monday morning.

UPDATE 12:42 p.m.: Jose G. Perez emailed Urban Milwaukee Tuesday afternoon to note that he was not invited on a plant tour.

Though no official statement has been released, the company is expected to revert to its early 2019 plans to build a new facility in Franklin.

“The irony of all of this is Franklin wanted to keep Strauss,” said Barrett. Franklin Mayor Steve Olson went public with his frustration that the company had agreed to do a deal with the suburb and then announced it was changing plans in September. Department of City Development (DCD) Commissioner Rocky Marcoux said the company approached the city about the Century City site.

Barrett said he hopes Strauss continues to grow and employ Milwaukee residents. The company said 60 percent of its union-represented employees come from the city.

The mayor said he isn’t backing down from the redevelopment of the former Tower Automotive site. “Century City is a great location to start and grow a company.” Since acquiring much of the site, the city has been able to attract Talgo and Good City Brewing to the development zone and officials will continue to work on this despite this setback, Barrett added. “I’m certainly going to make lemonade out of lemons because that’s what we do here.”

Did the city fail to anticipate public opposition to a proposal that involved a slaughterhouse? Barrett said the city offered three publicly noticed hearings on the deal and was “baffled” by the outcome since only one person testified in opposition.

And even if he isn’t saying so, at least one Barrett appointee is suggesting there should have been a better public outreach effort. “Probably in retrospect, you should have done more community outreach,” said RACM board member Bill Schwartz to the DCD representatives at Thursday’s board meeting.

Rainey and Barrett characterized the jobs, which would have paid $13.50 to $17 per hour plus benefits as “family supporting.”

The city would have sold approximately 20 acres of vacant, city-owned land to Strauss for $1 and provided up to $4.5 million in property tax rebates to the company if it created up to 500 jobs. It proposed to relocate its production facility, derided as a “slaughterhouse,” and headquarters to the former Tower Automotive site at 3025 W. Hopkins St. by 2021 with just under 200 employees and projected to grow that to 500 employees in the next 20 years.