City expects $50 million from federal government to pay for security. 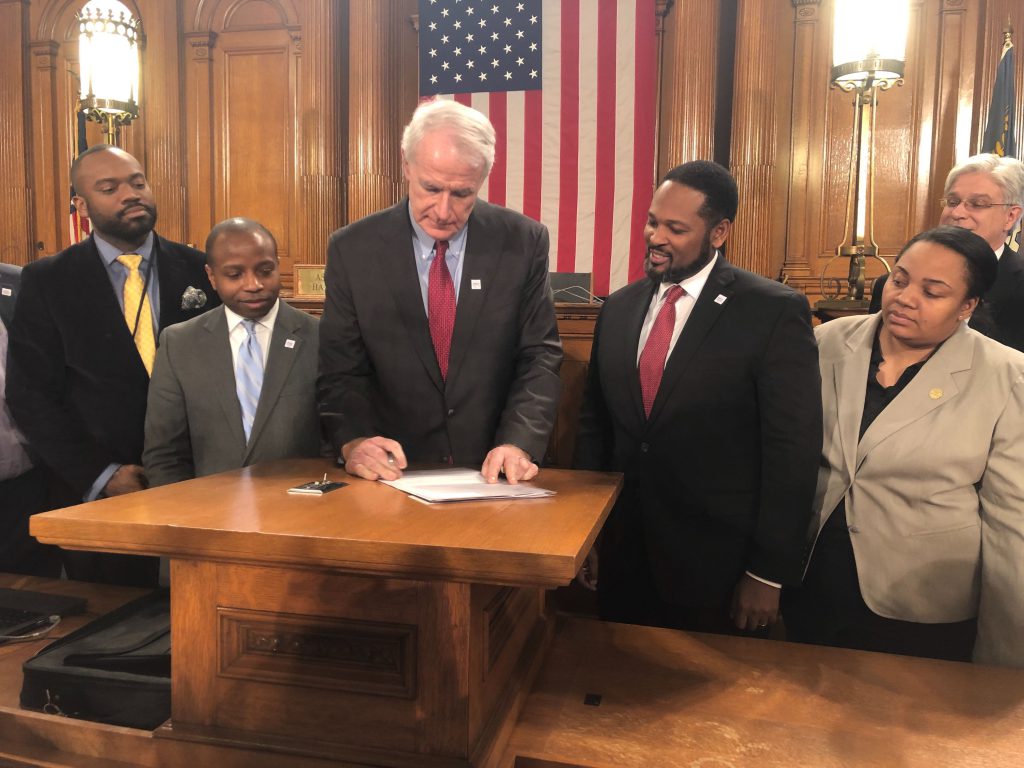 Mayor Barrett signs the resolution approving the deal with the DNC. Photo by Jeramey Jannene.

The city has executed its legal agreement to bring the 2020 Democratic National Convention to Milwaukee.

The convention isn’t as simple as a contract between the city, host committee (The Good Land Committee) and Democratic National Committee. “There are a number of agreements involved, but the city is only party to one,” said Assistant City Attorney Mary Schanning.

“The city has three major responsibilities with regards to putting on the convention,” said Schanning. The city is responsible for security, permitting and facilitating road and street closures. A separate security plan and venue license agreement will be approved by the host committee.

The council almost couldn’t approve the agreement today as it barely had a majority of members.

For more on specific requirements of the contract, see my companion column “12 Rules for City in DNC Convention Contract.”