Jordan Peele’s 'Get Out’ is a horror thriller with sly commentary on racial relations. 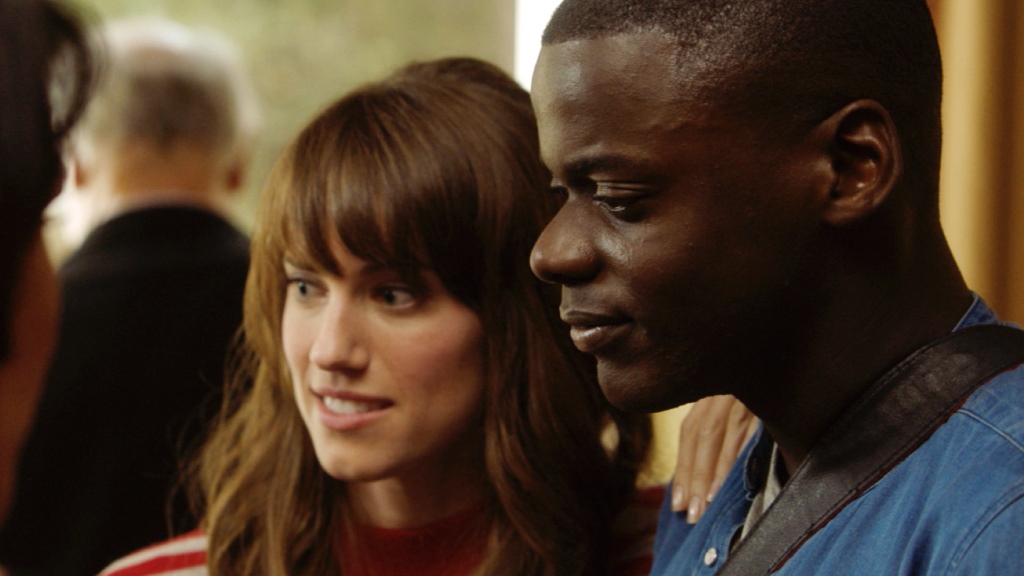 Allison Williams and Daniel Kaluuya in “Get Out.”

If all you know of Jordan Peele is the broad but devastating social comedy of Key & Peele, which became a Comedy Central must-see and poured a spotlight on Keegan-Michael Key as Obama’s anger translator (a gimmick the president himself used alongside Key at a press banquet), you are definitely not prepared for Peele’s masterfully sly directorial touch and social commentary in a horror movie known as Get Out, which has eaten the  2017 box office alive and probably will have a leading place in end of the year awards.

Not that there isn’t more than a touch of the satirical Peele in the perfectly modulated opening sequence and in the twists he creates when Guess Who’s Coming to Dinner runs headlong into The Stepford Wives.

If you think back on the words and shadows thrown around, you will sense that Peele has thought long and hard about the racial experience and our genre expectations. He is ironically justifying what is often dismissed as stock Black Lives Matter stereotypes, with a depth on such issues that flies by almost unnoticed in the thriller motif.

Chris, a laidback black photographer (a perfectly measured Daniel Kaluuya), has mild trepidation mixed with amusement at meeting his bubbly white girl friend’s parents at their isolated estate. The first joke is that she, played terrifically well by Allison Williams in a great reprieve from her TV Peter Pan, seems to have underestimated the discomfort he will feel at the pretentious oh-so-progressive superiority of this white class – an apparent lapse of awareness by her of how even these supposedly attuned white people can offend and actually scare her black boy friend.

Her parents are perfectly cast icons of sensible society, Bradley Whitford and Catherine Keener, in performances that grow gently creepier on every visit, aided by Caleb Landry Jones as the most frightening brother of a love interest since Christopher Walken in Annie Hall.

Further lulling us into accepting this world is the hysteria of Chris’ best friend, a TSA worker who explodes in street jargon about how white demons are coming to steal black souls. It’s a great showpiece for Lil Rel Howery, ending with a joke about the TSA that cannot be repeated in a family review.

Obviously there is a point of plot revelation that a review can’t give away. But the build-up is the key to the success of mystery and horror. If the build-up grips us as strongly as these actors and Peele’s style assuredly do, we tend to excuse some twists and revenge satisfaction that normally would be beyond believability.

What Peele pulls off is comically and psychologically poised on the knife’s edge of slasher horror flicks and inverted social observation. He is using our expectations about movie genres to both capture us and make us reconsider. As a result, we scream when he wants us to and think when we least expect to.