And writer-director Paul Thomas Anderson is his brilliantly perverse accomplice. 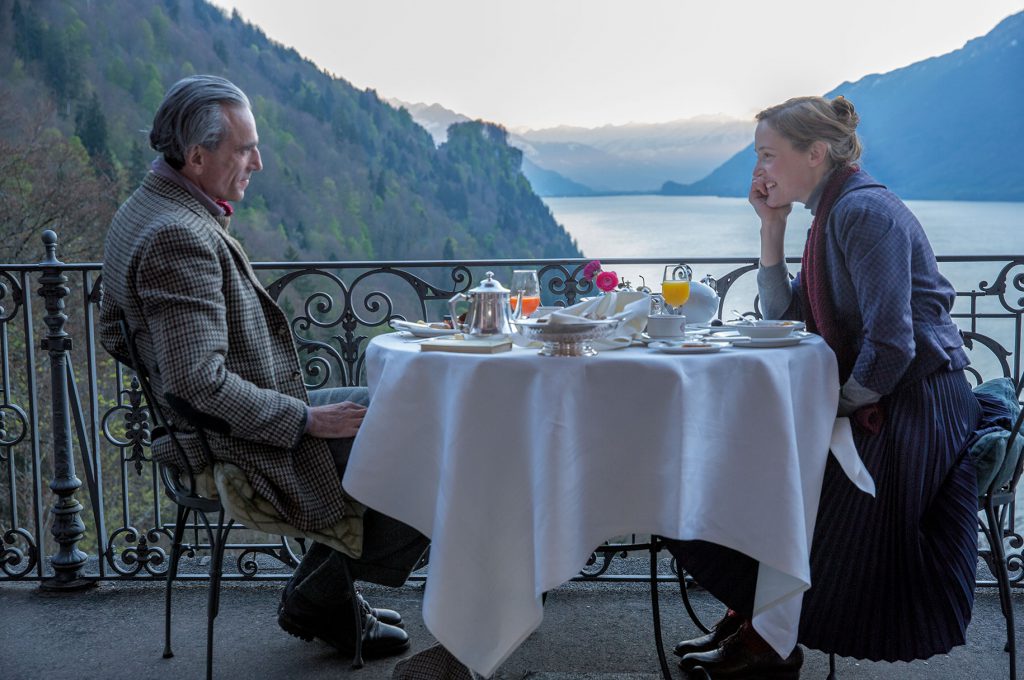 I confess that seeing the name Daniel Day-Lewis on the best actor Oscar list, and reading that Phantom Thread was announced as his last film, the first thought was “Here is a Hollywood gesture of respect” to the cinema’s most dynamic and individualistic actor with little thought of actually voting for him.

But then I saw Phantom Thread. His performance is even more amazing than expected in terms of acting ingenuity. If it weren’t so creepily illuminating about bizarre desire, if it weren’t up against an icon of British history, it deserves to be a real challenge to what I think will be the likely winner, Gary Oldman as Churchill in Darkest Hour.

Day-Lewis is riveting within the elegance of inventing Reynolds Woodcock, grey-haired confirmed bachelor and a gift to Britain’s upper class and royalty as a perfectionist dressmaker in the 1950s. In his disciplined living patterns even more than his devotion to fabric, he insists on conformity to his persnickety tastes, his demands for silence as he thinks and sketches and his other fastidious quirks of which there are many. His high-society haughty manner and stylistic genius hide a man-child full of egotistical self-centeredness.

His devoted sister, as played with studied indifference by Lesley Manville, communicates tolerance and tacit support, but with steel underneath. She caters to his whims by ridding him one by one of female playmates when he becomes irritated with them.

And then Woodcock picks up Alma – literally. A waitress at a posh eatery she quietly enjoys his hunger at breakfast (food is a theme throughout the film) and immediately agrees to a date. She is nowhere near the Hollywood ideal of beauty, but she is just the dress size Woodcock seeks (broad shoulders, tiny bosom) and she becomes his latest conquest and house guest in his personal suite and cutting salon.

Except Alma is no pushover. She genuinely loves this strange creature and will in her own housekeeper way bring him to heel.

The largely unknown Vicky Krieps sets up a fascinating character dance with Day-Lewis, whose intensity, quiet disgust and outbursts of verbal cruelty are handled with such brilliant control that he forces laughs and realizations that otherwise wouldn’t exist. Fans of the #MeToo movement will herein discover there are other examples than they are attacking of demeaning male dominance — and other weapons of getting even that Alma can employ.

The father of this feast of love mania is director and here also screenwriter Paul Thomas Anderson – and I have long admired his brilliant streaks. He has in the past come a cropper (The Master) and also with Day-Lewis a marvel (There Will Be Blood).

A student of film yet with his own individual bent he has concocted a drama of manners involving a circular cinematic style (up and down the stairs and giddy on the highway). This approach develops a hypnotic even claustrophobic concentration when the duo is standing still or watching each other as antagonists (or lovers?). The outside world becomes plaything in their battle.

Krieps in the watchful stillness of her body and the choking power of her conversational eruptions is an equal opponent in this dance of perverse love — but “perverse” in a psychological whispering manner far removed from the usual meaning in today’s films. Anderson is closer to Strindberg and Ibsen here than to Spielberg or Hitchcock.

While the techniques are all his own they did remind me of another film-maker — the floating inquisitive camera of Max Ophuls in La Ronde and The Earrings of Madame de in the early 1950s. It’s not quite a homage but it opens up another era of behavior, the secret impulses that seem at first of a different age but live in all of us.

The director could not have created such tension out of trivial details – toast crunching on the nerves, dress-making pinning the protagonists as they work – without the powerful acting ability of Day-Lewis in particular to foist such meaning on such sheltered lives. I doubt that academy voters will recognize how much Day-Lewis is responsible for our rapt attention, but there must be some measure of recognition in nominating Anderson as best director as well as Day-Lewis as actor. Both would be surprising but understandable wins.