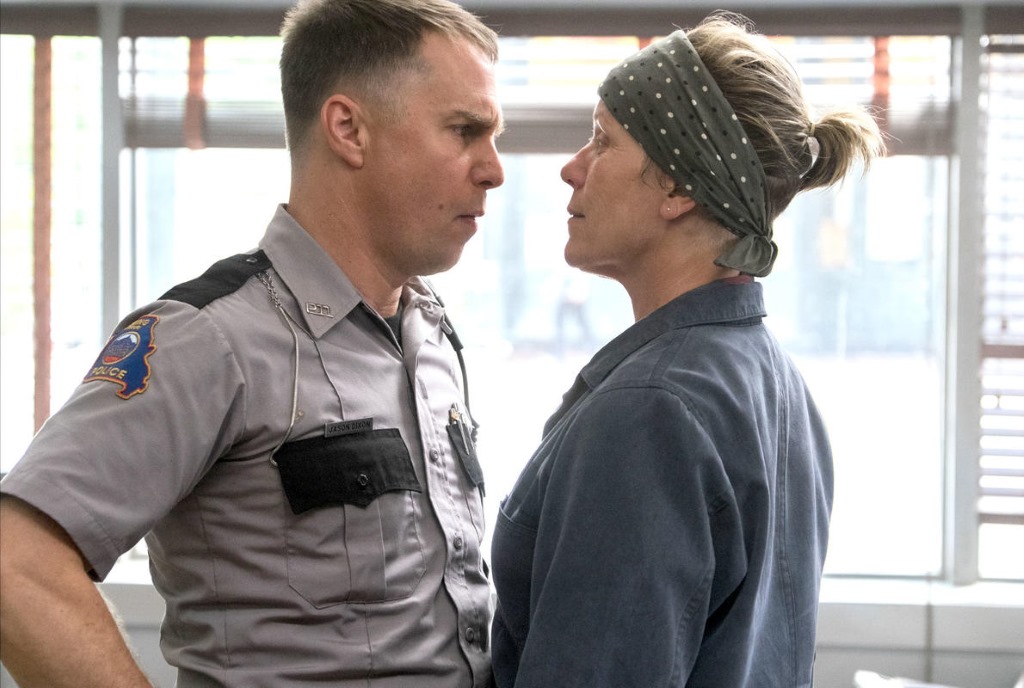 The stone-faced fury of an anguished mother envelops Three Billboards Outside Ebbing, Missouri, an offbeat comedy drama that is grim and charming, then grim and charming again — and then again and again as more characters, conflagrations and sub-stories are swept into the tale.

The anchor appears to be Mildred the mother whose ferocity hides self-guilt when she isn’t snapping off profane one-liners or literally taking chunks out of interfering townspeople.  That performance by Frances McDormand has Oscar written all over it because of the intensity and wholeness of how she moves from pent-up anger to sudden outbursts of feeling.  After the film I tried to think of actresses who could have also brought this off – and there are others who could have been cast, but none better and none a more perfect fit.

McDormand, married to Joel Coen of Coen Brothers fame, has long been recognized for her unconventional roles, mold breakers displaying an individuality of operation at odds with community expectations who make us freshly question society’s norms.

This part is even more on the edge of sanity, yet McDormand makes Mildred’s rage and sorrow a whole with the rest of us, just braver and more amusing in her expressions. She’s even poignant when talking to her toes.

She also benefits from an ensemble generally so good it disguises how long the arm of coincidence is in the film, which may be one of the points.  Mildred, infuriated at how helpless the police have been in finding who raped and killed her daughter, is operating out of a total belief in her righteousness while coincidences and reversals play havoc with her expectations and ours. The ferocity of her cause sets others on edge. Events disrupt her commitment. Unforeseen consequences create quirky humor. 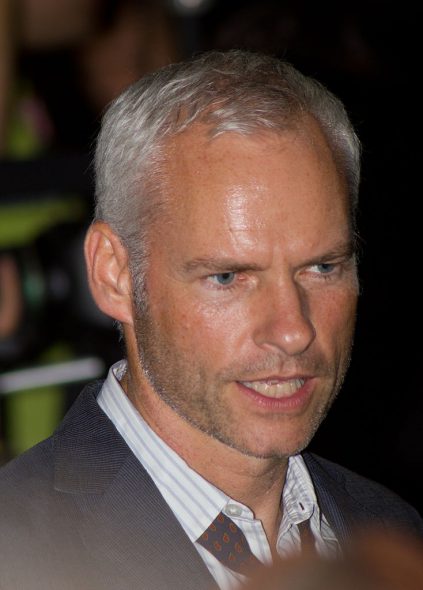 Woody Harrelson, as the police chief targeted by the billboards provides a life and family force of his own to the events, evoking sympathy and affection even as the message seems to go against him.  As his crazy dumb sidekick Dixon, Sam Rockwell captures how buffoonery can give way to something more nobly buffoonish. It’s  another performance that will draw attention at awards time, largely because of how the actor sneaks up on you, forcing a reassessment of what he is.

But McDormand is actually not the film’s main motor. That is the director and writer Martin McDonagh, a noted Irish and British playwright (he has dual citizenship). While he has done well in the first role,  he should be in the running for screenwriting for the  latter. There are great setpieces for the actors, particularly Sandy Martin as Momma Dixon and John Hawkes as Mildred’s ex-husband, not the villain you expect.

On the other hand, the talents of Peter Dinklage (best know from “Game of Thrones”) are largely wasted and those of Lucas Hedges as Mildred’s son are strangely abandoned as events unfold.

This is a darkly comic vision of how attitudes turn in on themselves.  Only quietly is there a realization how McDonagh’s scene fluidity is holding a bizarre story together into an emotionally satisfying film with a deliberately unclosed ending.